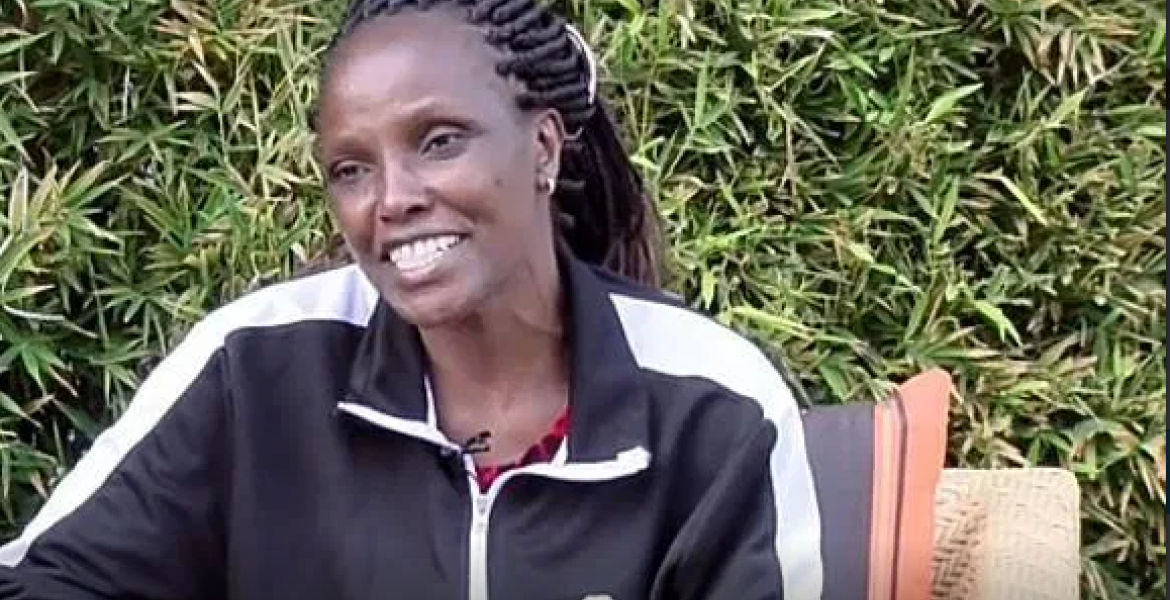 A Kenyan woman has narrated how she landed in jail after a friend invited her to visit the US.

In a recent interview with local media, the lady identified only as Grace said she was excited to visit the US as she thought the trip would open the door to greener pastures.

She left the country after obtaining a visitor’s visa from the American Embassy in Nairobi but trouble began shortly after she alighted the plane at an airport in Seattle, Washington.

Grace, a single mother who separated from her husband, says she was unexpectedly interrogated by airport authorities about the friend who invited her to the US.

Unfortunately, she could not answer crucial details about the friend which led officers to believe she was in the country illegally.

As a result, she was arrested and incarcerated for more than a year before she was eventually deported to Kenya having being denied bond on several occasions.

Grace described spending time behind bars in a foreign country as traumatizing and the fact that she had left her kids back in Kenya exacerbated her suffering.

“Life was not easy for me knowing that I had left my children back in Kenya. Life of being detained is tough because you have no freedom and you are in a foreign country. Other people even committed suicide,” she recounted.

“I would not advise anybody to go and find greener pasture abroad you better live in your country and find something little to do,” she added.

I believe one's experience does not make them an expert, just give the facts of your story and no advise.

You’re right, I’d rather stay home with my children 👶!

You Mwakilishians in America, stop duping Kenyans into making a flight to the Big Apple. We will call you out.

There are some omitted and some not so accurate details with this story. One, she was not here illegally, she had a visa otherwise she wouldn’t have been allowed to fly here. Second, it’s rare for immigration to hold you in custody this long. If not admitted in the US, deportation is usually immediate. You haven’t committed a crime, so one is sent back almost immediately.
Immigration officers are trained to sniff out this type of cases. Unfortunately her case is not isolated. Whoever invited her should’ve coached her on everything. Not knowing your invitee’s information is a big red flag. I’m wouldn’t be surprised if she was not asked these questions during visa interview. I’ve heard and seen these many times. If you are going to invite someone, coach them and give them all the information needed.

She could be 1 of many people "invited" to the US by her "friend"; a Serial inviter until authorities became Suspecious.

If that’s the case she would’ve not received a visa to begin with.

The Airport authorities; not the Embassy.

I kinda agree with you KK. Deportation/denied entry could have been the obvious...not a jail term --a jail term for what? The friend, inviter, didn't have papers, it seems, and/or had some mathambis.
Hii coaching can be smelt and read as fishy....go with giving information that may be needed.

Kufanya mambo ushambani! Kweeee! Did you not think you will be interviewed at the port of entry in the US?

I disagree with your advice because it is based on a wrong premises.
1. It is your responsibility to know who your friend is and basic info like address, what they do etc.

2. It is also important to know how to answer some questions for example if you are told you are in the country illegally, show them the passport, the Visa and the air ticket. How can you be in US illegally with those three?

3. Even though you may not know this, you can demand to have a lawyer.

4. A lot of Kenyans come to visit in US and are not just arrested at the airport.
5. If you are visiting and scouting for greener pastures, know what you will do when you find it is possible. Do disappear and violate your status. You can go back and then unajipanga and come back again -

5. Where do you think those billion dollars Kenyans send from US come from? US is not a land of kitu kidogo.

I’m going to disagree with your first three points. For us living in the US, we’ve gone through customs at American airports and understand how that process works. Our counterparts in Kenya who have never traveled here may not know what to expect. Whoever invites you should give you some guidance. You only know about asking for a lawyer because you understand how things work here. Unless you are traveling here with a greencard or a US citizen, going through customs can be very stressful and intimidating.

A friend with benefits invited her and she took the bait!

Hope she did not divorce her husband to go shack up with some young thing in America and ended up paying a heavy price of being jailed! Today’s women have mpango wa kando all over the place.

@Roman, women have always had mipango ya kando.Have you had of chastity belts? Supposedly ony the husband had the key.You can imagine how many unscrupulous locksmiths benefited.
Anyway,if the lady was so wronged,is she seeking legal remedy? Illegal detention, especially for one year...wow.smells lawsuit.

@Roman, women have always had mipango ya kando.Have you had of chastity belts? Supposedly ony the husband had the key.You can imagine how many unscrupulous locksmiths benefited.
Anyway,if the lady was so wronged,is she seeking legal remedy? Illegal detention, especially for one year...wow.smells lawsuit.

Huge candidate for trafficking and slavery. Be glad you are living in freedom with ya kids!!!

KK, you took the words right out of my mouth. Story does not add up. She must have produced good paperwork to obtain a visitors visa. Pili, if refused entry they normally book people on the next available flight. Alafu, the host would have been waiting at the airport, jamani? Awache kuweka hopefuls maji, riziki ya mtu ni yake tu, wala sio yetu! Yeye kama alijichanganya aseme tu. If Trump made it, hata kalulu has a chance!

Thank you for your advice but no thanks @grace! How do you offer others advice while you can not even advice yourself??

Kenyans travel to USA daily, including those invited.This woman must be the most unfortunate one to have a story that is so unbelievable to immigration officials as to be detained for ayear.I also have to believe that the word "friend" here is used loosely.Afriend to invite you that far,the two of you must know alot about each other...and I don't an online friend.

Kenyans travel to USA daily, including those invited.This woman must be the most unfortunate one to have a story that is so unbelievable to immigration officials as to be detained for ayear.I also have to believe that the word "friend" here is used loosely.Afriend to invite you that far,the two of you must know alot about each other...and I don't an online friend.

Whatever happened she learned her lessons. I live and work in the west.

This thing is not a bed of roses. But there is money to be made.

The challenge is things are changing. Its very easy to fall prey to wrong schemes.

Be careful, learn your lessons and move on.

several issues with this story.
1. immigration generally does not detain one for a year when they deny you entry. They promptly send you back on possibly the next available flight.
2. for them to detain one for that long it usually means there is lawyer involved who has filled petitions or something.
3. The only other explanation for being detained that long is if one is accused of a felony crime and the case is going through the court system ( not knowing details of your hosts etc etc is not a felony).

Nobody forced anybody to live anywhere. Stay where you are loved and where you have a purpose and a sense of belonging.

If you cannot meet the expof the western country just move along swiftly.

@mujerumani - at least Grace is not hanging in the dirty smelly beer dens (situated in the ghettos of many German towns) where most Kenyans find a new chaotic life in Germany!

Germany makes most Kenyan immigrants pure alcoholics and lazy! You can only work a few hours then fish to the beer dens to waste self with liquor, obi beer, etc!

The only thing Germans get right is putting together a BMW, Mercedes, and maybe Audi!

Its very rare to be detained for a year unless a serious crime was committed...This happens especially when you are a "mule" or you had a lot of cash on you.. Hajasema immigration waliamua kwa nini wamzuilie.I only read of "No enough details" of each other.. Hapo mostly wanakuweka on the next flight back.One year in custody for lack of enough details?????