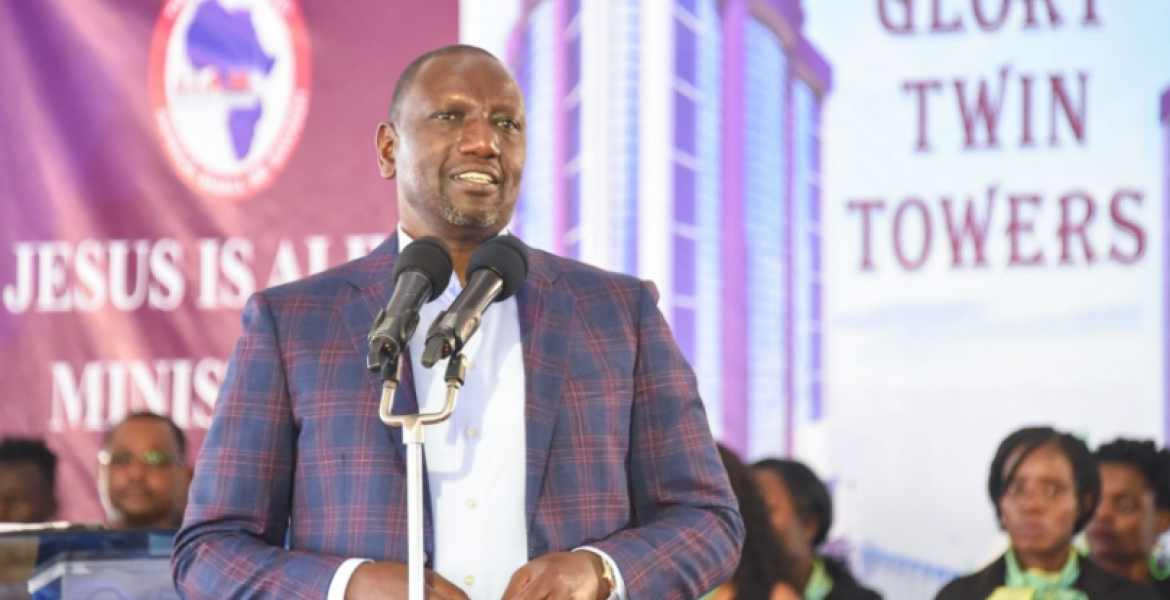 Deputy President William Ruto has rejected calls to lead the ‘NO’ campaigns in the impending Building Bridges Initiative (BBI) referendum.

Speaking on Sunday, Ruto said he has no intention of leading the team opposed to the proposed constitutional amendments and will continue to push for a non-contested referendum.

He accused BBI proponents of trying to push him into declaring a NO campaign against BBI.

“Listen to the merit of what we are saying. Do not dare us to a contest which we are not interested in. We want a progressive Constitution,” Ruto said.

“We are not available for a competition, those threatening us and daring us to be in the NO formation are wasting their time,” he added.

The DP stressed that it is possible to hold the referendum together with the 2022 general election in a bid to save taxpayers' funds.

He also reiterated his call for a multiple-choice referendum where voters will have an opportunity to vote on specific issues.

He spoke at Bishop Margaret Wanjiru’s Jesus is Alive Ministries church in Nairobi, where he presided over a fundraiser.

All indicates show that Ruto is the NO vote to BBI. This man’s childish actions are seriously glaring and he is foolish enough got him to assume Kenyans are stupid.

Ruto is nothing more than an impediment to Kenya’s progress! His indecisive meandering around important issues simply shows how selfish DP Ruto is; he is not a man of the people, the common people as he alleged to be!

BBI is not a business entity. Infant it will drain Kenya’s economy more. First the exercise will take 14 billion for which a third goes into the principals who are pushing it. If it’s a good thing and anyone thinks it’s going to put food on the table then what’s the problem in having it done together with the general elections which one year away?
Second thing is that it will expand the executives post. More MPs and office of prime minister.
All the other things that anyone thinks are good can be done progressively through the right channels. Parliament and senate.
And if you ever thought BBI is a money making, enterprise, think again because it’s a money drainer.

It is a individual man’s responsibility to put food on the table for his family as the head of the household. The government does not give birth to children! Those who keep producing like rats should figure out their own problems!

There are no merits for Kenyans to listen to as suggested by DP Ruto! He is just pushing a wait, delay and see narrative hoping to get time to run for 2022 presidential election.

Ruto has one self oriented merit in his mind - to insulate himself from the ICC by hopefully winning the presidency in 2022! Ruto has no BBI merits for anyone to listen to because he could care less about the plight of the ordinary citizens!

Ruto is not looking to insulate himself from anything let alone ICC. It’s icc who dines not have evidence for there case! Yet they are still waiting for another false witness to be born! They even made allegations of witness tempering but has not not proved that either. Kenya has direct evidence on videos through diverse tv outlets of police killings after election skirmishes. Why is ICC not pursuing this direct case? And especially when the most people from one community of Luo Nyansa died or lost property. Every we are treated to a Kiambaa church where it held less than 100 people. Don’t take me wrong that I’m downplaying kiambaa numbers because every life counts.