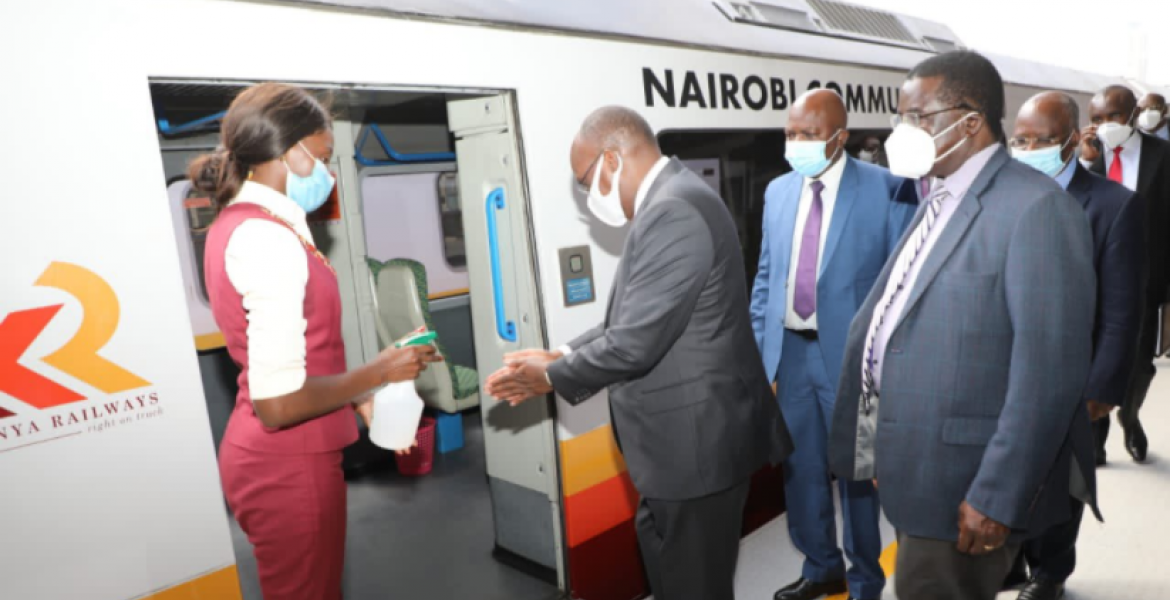 Under the new rail service, passengers heading to JKIA will board Diesel Multiple Units (DMUs) at the Nairobi Central Railway Station and alight at Embakasi Village Station from where they will take BRT buses to the airport.

Passengers will undergo screening at the Embakasi Village Station before boarding BRT buses to JKIA in line with Covid-19 health protocols, according to Transport Cabinet Secretary James Macharia.

The buses will access the airport through the refurbished Airport South Road which was opened only for BRT buses. Commuters will be charged Sh500 for the entire journey.

The move is expected to shorten the time taken by travelers to commute from JKIA to the city center via Mombasa Road and vice versa.

Kenya Railways said the entire journey will take less than 30 minutes compared to more than one hour it currently takes via road.

Speaking during the launch of the express service, CS Macharia said plans are underway to extend the service to link with SGR Nairobi terminus.

“There is another project which we are connecting the SGR terminus in Syokimau across Mombasa Road right into this JKIA terminal to make sure our tourists and business people when they fly into the JKIA they can ride 5km to Syokimau and take SGR to anywhere else they wish to go,” Macharia said.