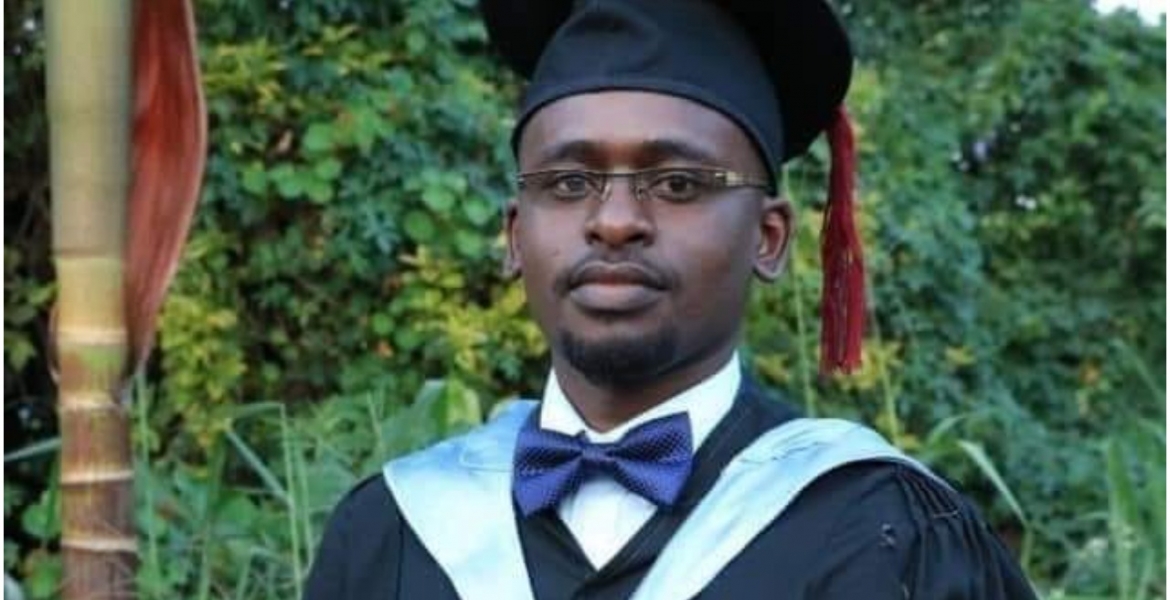 A Kenyan doctor who had not been paid for a period of five months and had no medical cover has succumbed to Covid-19 complications.

The death of 28-year-old Dr. Stephen Mogusu was announced on Monday by the Kenya Medical Practitioners and Dentists Union (KMPDU).

“At the time of his death, he had not received his salary for 5 months, had no insurance & his young family left with no compensation. Too steep a price for Patriotism,” KMPDU said.

His death comes a day after the doctors’ union suspended the planned strike for 14 days to pave the way for dialogue.

The strike had been called to protest the government’s failure to addresses the medics’ concerns about safety, health insurance, and lack of adequate personal protective gear.

Kenya had as of November 4th, lost 32 medical workers to Covid-19, with 10 of them dying within two weeks.

This is sad all around. Rest In Peace brother.
Sometimes I think about relocating back to Kenya then I see this type of tragedy, I immediately change my mind. Thank for America.
A doctor saving lives can’t even get paid or get treatment. Yet, MPs wants helicopters to transport them to hospitals and get special treatment but they can’t even make sure the doctors who treat them are compensated.

And the way it takes so much in resources to train a doctor. Kenya is such a useless country

May he Rest In Peace.

Kenyan doctors, there is a global pandemic. It is time for you to exit the Kenya health care system.

Let Cuban doctors deal with it.

You need to go look for jobs in other countries. This is your opportunity.

Being a Kenyan doctor in Kenya is a suicide mission.

Run Kenyan doctors, save yourselves.

What happen to the donated ppe? This country and or government is the epitome of failure.

This is how we earn "shith%%l insults". Shameful!

Fools were so happy signing for savage Raila katiba changes yet they cannot afford to purchase PPEs for their doctors and other health care workers.Who will take care of jambazi Uhuru or muchawi Raila if they get COVID?Violent robber,Raila told the doctors there was no money to cater for their demands the same moment Mwachonda announced Mogusu's death.But none of journalists(99% worship Raila) challenged him to tell Kenyans where money for BBI campaign came from.None asked him how the 48m.hungry Kenyan billionaires managed to pay him,Uhuru and Ruto shs 4b.each for ownership of useless political parties last year.Kenya will change but through the gun not vote.A bloody(as ALL GOVT & so-called OPPOSITION LEADERS MUST BE ELIMINATED) revolution is the only method for Kenya to move an inch forward.

What unselfish act.Not Many would work for 2 months without pay.Terrible loss to humanity.
Let's try to put our medical providers' salary ,and demands,before those of Mpigs