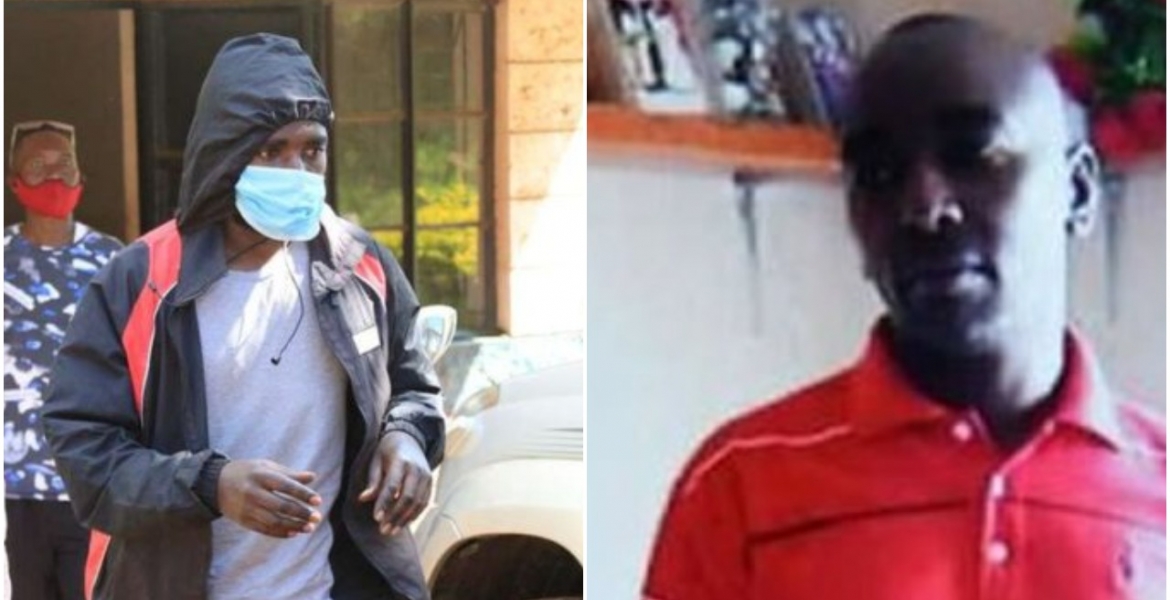 Julius Gitau, the Thika-based millionaire businessman who disappeared 11 weeks ago before resurfacing on Sunday claims he was abducted by unknown people.

Gitau, alias Gitau wa Mali, told police that he was being held hostage since September 21st when he was kidnapped and was freed on Saturday from the anonymous location, which he later learned was Kamwangi town in Gatundu North Constituency.

Gitau said he spent Saturday night at the house of his third wife, Selina Nelly who works as a police officer.

Detectives from the Directorate of Criminal Investigations (DCI) said they tracked Gitau’s mobile phone signals as he was talking to his wife.

They went to her house where they confirmed Gitau’s presence and asked him to report to DCI offices in Gatanga the following Day.

During interrogation, Gitau told detectives that he was waylaid and kidnapped by armed men near KRA officers in Thika on September 21st at around 10 am while on his way to a gym.

He added that he lost consciousness after being forced to drink soda and found himself in a house when he regained consciousness. He was held there for 11 weeks.

“I was made to wash clothes and utensils for the tenants. Once in a while, I was ordered to clean the compound,” he said.

The tycoon added that he cannot tell who owns the house or describe its appearance and location as he was restricted to the servant quarters. He said he could not understand why he was kept there as a domestic worker for long. No one called his family to demand a ransom.

Gitau said he was handed over to two heavily-built men who escorted him from the compound on Saturday around 4 am.

“We walked for hours before entering a forest. The men then told me to continue walking and never look back. I later found myself on a dusty road. I was lucky because a boda boda appeared almost immediately.”

The boda boda rider helped him with a phone to contact his family and offered him some money to board a matatu to Thika. From his talk with the rider, he established he was held near Kamwangi “where there is a tea plantation.” Gitau said he then went to his wife’s house.

Gatanga DCI head John Kanda said sleuths picked the communication signal between Gitau and his wife. He added that they allowed him to seek medical attention and counseling as he appeared traumatized.

“We had to verify that the communication was not a hoax. We then traced his movement up to the point we were sure it was the businessman and his wife,” Mr. Kanda told the media.

“We left some officers near the house to give him time to cool off. I called him on Sunday morning to record a statement.”

Murang’a police officers who spoke to Daily Nation said the businessman’s account is not believable adding that his story would be reviewed “with all the expertise and technology available”.

The story is not adding up. How can he not describe the house yet he was cleaning the compound.

He has 3 wives.
Of course the man is traumatized.
Polygamy is a very stressful form of marriage.

Lies. Who can believe this garbage. As somebody said in the previous section this dude resurfaced to enjoy Christmas party.

This story is a lie. Lack of motive for the crime is a big tell! When people commit a crime, there is a motive. One lacks here. The fact that he was not harmed at all further weakens his explanation. My bet would be that he drank alcohol, messed up his money not necessarily in that order. This lie will blow up in his face and make his life worse. Just own up.

Gitau seems to be under influence of narcotic he deals with.The guy should be canned until he reveals what he was trying to gain by going underground.