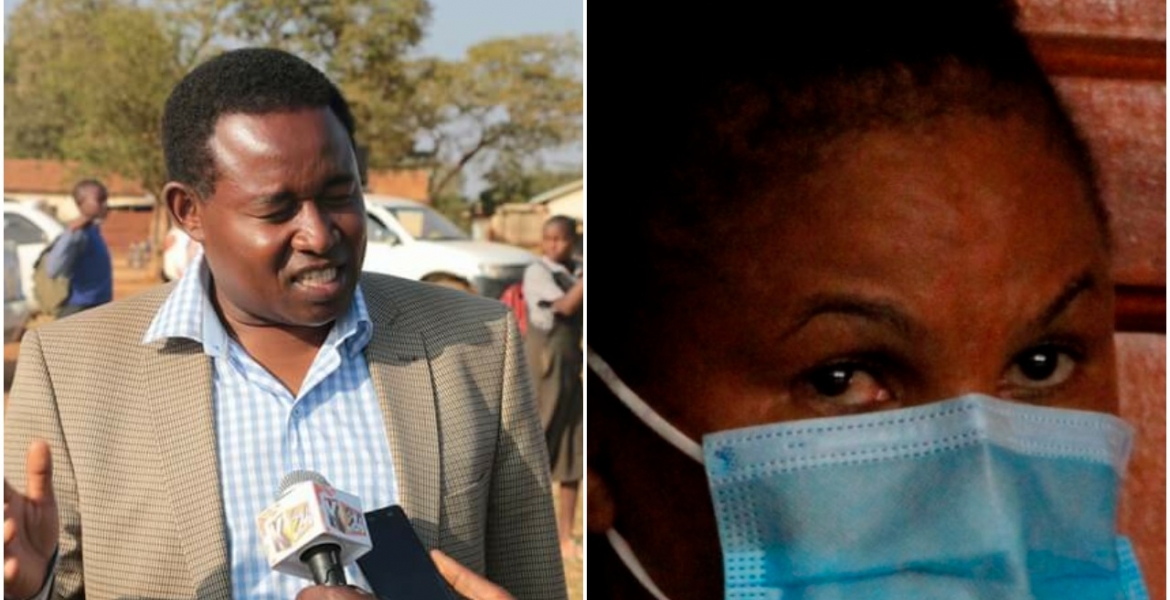 A woman who was in the company of Machakos Senator Boniface Mutinda Kabaka when he collapsed at an apartment in Nairobi’s Kilimani estate has been arraigned in court.

45-year-old Esther Nthenya Muli, a high school teacher, appeared before Milimani Principal Magistrate Daniel Ndingu on Monday where the court allowed police to detain her for seven days pending the completion of investigations into the incident.

Senator Kabaka was rushed to the Nairobi Hospital in critical condition on December 4th and was admitted to the Intensive Care Unit (ICU).

This came hours after he checked in at the apartment located along Elgeyo Marakwet Road in Kilimani accompanied by Ms. Muli, according to a police report.

During interrogation, Muli who lives in Wote, Machakos County told police that she was with the senator in the house when he suddenly complained of severe headache and asked her to find some paracetamols.

She added that the senator became unconscious forcing her to inform the apartment’s management who called paramedics and was rushed to the hospital.

“The scene was processed by crime scene support services and evidence found at the scene forwarded to the Government analyst for analysis since most of them are perishable,” the police report stated.

Police are planning to have Muli, who teaches at Mathemba Secondary School, charged with attempted murder. The court heard that Senator Kabaka is still in critical condition after he underwent urgent surgery to improve his condition.

Muli will be held at Kilimani police station until December 14th when the case will be mentioned.

My advice, Get a good lawyer.. This smells like fabrication or... did she truly attempt to kill the guy?

Na hii PEKENJE iko vituko mingi.I am waiting to hear how useless Nzioki juniors will present attempted murder evidence if they have any.

If this was a woman coming with intentions to murder, she wouldn’t be doing it this way. She did not try to hide, disguise but rather called for help when her friend fell sick. This is a matter of a married man trying to hide his stuff around town but with too much viagra. Or even we assume he took the right amount, mixed with the alcohol, obesity,a vibrant woman, high blood pressure and of course the moment excitement brings all to burst. All this sort of concoction cannot mix together. She is plainly innocent.

The story is not making sense, why would he need surgery to improve his condition if he was poisoned?

Governor kibwana call this multi beast a good citizen after she sent a senator to icu! Maybe he is part of the network headed by muli. Kibwana seems to be losing it of late!

Abuse of power. So far there is no evidence to show the woman poisoned him.

What do the other 2 women in his life have to say? They were providing enough to the senator?Anyway, let me be thinned by mine.