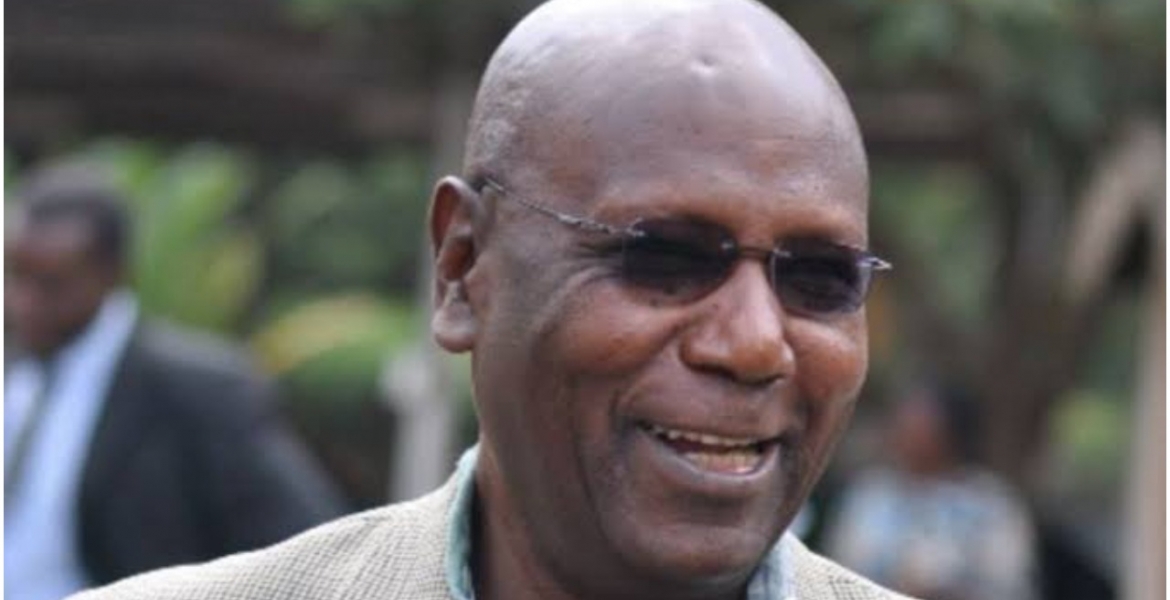 Former Gatundu North MP Patrick Kariuki Muiruri was on Monday arraigned in court for allegedly defrauding a Kenyan man based in the US.

People Daily reported that Muiruri was charged with defrauding Benson Nthambiri Kathiga, who works as a military officer in the US.

Court documents show that the politician sold a quarter-acre piece of land in Ngoingwa Estate in Thika, Kiambu County to Nthambiri in 2009 for Sh850,000.

Muiruri later pretended to have lost the title deed to the same property and reported the matter to the Directorate of Criminal Investigations (DCI). He was later issued with another title in his name.

The accused was charged with the illegal and unlawful cancelation of the title deed of the suit property.

In October, Muiruri was sued by Thika businessman Victor Maina for illegally canceling the transfer and title of a 17-acre parcel of land he had sold to him in 2008.

The court heard that Muiruri, through his company Thika Dairies Ltd, sold the land located in Thika to Maina for Sh9 million and a sale agreement and transfer signed between the parties.

The complainant accused Muiruri of colluding with Kiambu County land officials to cancel the land transfer and title.

Justice Lucy Gacheru of Thika law courts issued an injunction restraining Muiruri, his agents, and workers from developing, leasing, transferring, or dealing in any way with the property LR No. 4953/2414, located at Kiganjo within Thika municipality pending the hearing and determination of the case.

What a crooked idiotic politician?? Why is he still roaming the streets? He is a conman and a thief! Lock this fool up and burn the keys!

A politician trying to steal money from a military officer? Seriously! Haki ya mwene!

Muiruri does not fully understand how lucky his ass is to be that far away! Soldiers work hard for their money and no one should mess with them!

THIKA,THIKA!! A den of land fraudsters, but URITHI housing cooperative SCAM under notorious SCAMMER Samuel Maina Ngundo is No 1.(Loosers).

What about Gakuyo? We have many more, we had some which were more in the seventies and eighties. Kiamvu acts well as the hatcheries of land fraudsters. We have a good number of thugs who have defrauded many billions in ksh for along time.

I believe with all my heart one day URITHI housing cooperative SCAM championed by a notorious SCAMMER Samuel Maina Ngundo and indeed the entire Urithi/ANCHORSACCO Management team will one day face Unimaginable Consequences one by one for defrauding innocent Citizens Millions by selling them nonexistent plots at King'ong'o in Nyeri Town. "Giko gia kanju"

Thank you John Wanjohi @ Mwakilishi for sharing my story. I am still in court over this with another failed date as recent as last Friday; December 4th, 2020 where again, the witness mysteriously lost the original documents and only appeared under court warrant.
It has been a long 3 years with everything any kenyan can unfortunately imagine.
I hope justice prevails soon for me and many others

Good on you for fighting back. Hope this THIEF would get locked up, but I hope at a minimum he's ordered to either give you the land, or your money back. 3 whole years - what a shame. Hope Karma gets a firm grip on his backside.

...and I hope if it comes to money, they have a formula to calculate the appreciation, lawyer fees, and stress and suffering of a military officer who is miles away from home and can’t fight ana kwa ana with the THIEF. Kenya hakujabaki wajinga, these government systems were not put in place for goats or cows. Someone toils his a** off then you decide to enjoy his sweat. Hope justice comes soon for you bw. Nthambiri. Bless

Asante Nyaga. I hope so too. Our country can do better

@Nathimbiri - my heart goes to you for having to undergo a painful, time consuming, and a costly process to regain your stolen land and/or money by a crook!

I can only hope that your case will be heard and resolved quickly! Kenya have become a nation of thieves and crooks led by corrupt politicians. Keep up the good fight my fellow GI and do not give up!!

I am hoping the ordeal ends soon. And in my favor. It has been a painful 3 years try to prove my land is rightfully mine and from across the waters.
Kenya is... can be better than this

Nrhambiri - have you contacted the US Embassy in Nairobi, ref your stolen land/money case?? Surely there are several actions the Embassy can take against the government to pressure Muiruri!

Karma for real...you mean that boy we read about killed while on vacation in Kenya is a son to this thief? ...talk of karma....
This is the same Muiruri who looked grief-striken about his friend Cohen being murdered by his wife.....or was he?

A good selwette target for range target shooting @muiruri!! Thieves like muiruri aught to be taken out, literally!

I can only hope @Nthabiri can deliver one right there.

Ali, please let’s keep it civil and focused on the matter here. Muiruri is the villain here. How can we make him pay or in the least, stop him?

Muiruri is a creature of the lowest form alive! A former MP trash without and shame. But I also blame the entire political class for setting a very low bar in corruption related matters.

Can DP Ruto make a phone call like he did for the former MP Margret Wanjiru to help this soldier recover his land and the money spent on legal fees for the past three years??? I doubt DP Ruto will help him because he is a known land grabber himself!!

Where is president Uhuru Kenyatta in all this land stealing shenanigans by a ex-MP Muiruri from his neck of the wood??

This act of shame gives all the Gikuyu leaders a very damn bad name! You all see a crook among you stealing land from a young military officer and can’t even stand up for what is right??

What is shs 900,000.00 for all of you politicians to sit on your ass and do nothing to help a soldier, of all people? This is a curse! What a freaking shame!!!

All members of the diaspora should be really pissed off about muiruri stealing a piece of land he sold to this young man! It is stupidly unnecessary for a seller (a politician for that matter) to con any buyer. We should all revolt by refusing to send BBC any money to Kenya, a country governed by conmen, thieves and shithole leaders! And yes I call all the politicians in Kenya shitholes!!

I echo your sentiments. and thank you

What happened to kikuyu community men showing respect to others merely on the basis and virtue of their age? What really happened that this old fuck is stealing land he sold to a man his son’s age or younger???

These are my exact sentiments bwana Gatheca. What happened to the days when we looked up to out elders. Now we are called to be wary. Especially this here Kariuki muici! A crooked crooked man! I just hope to live to see the day he pays for his blatant sins