Evans Kidero to Vie for Homa Bay Governor's Seat in 2022 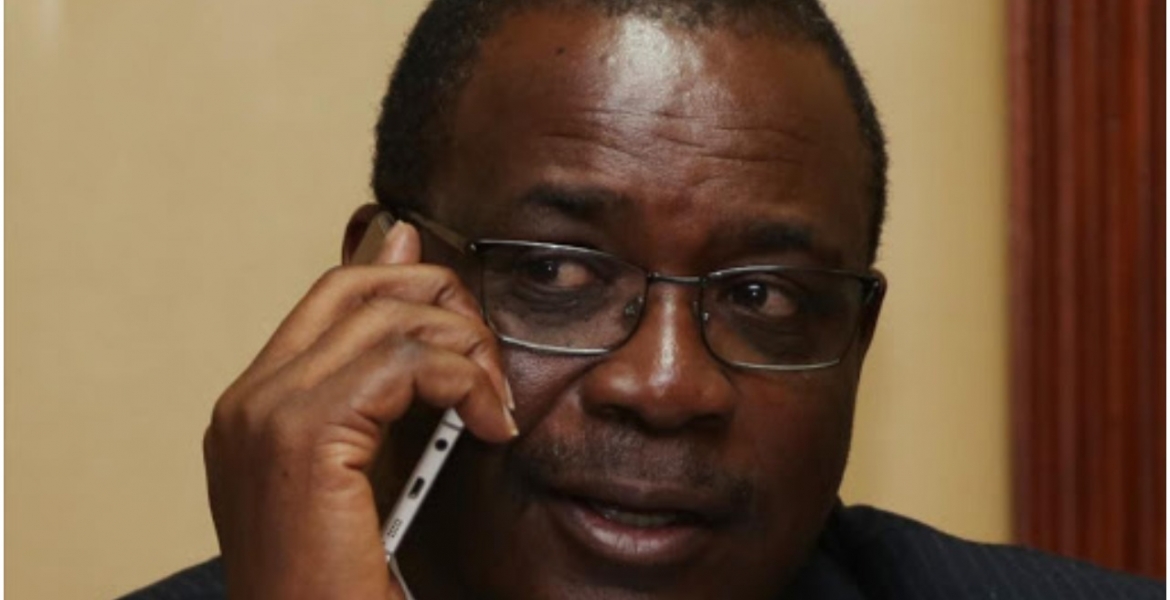 Speaking during an interview with The Standard, Kidero confirmed he has been approached by residents asking him to go for the seat as one of their ‘sons.’

“It is something I am considering very seriously,” he said.

Kidero has been in the political cold since the 2017 elections when failed to defend his seat.

Also in the race for the Homa Bay Governor’s seat is Oyugi Magwanga who emerged second in the 2017 elections.

Being an ODM stronghold, anyone who bags the party’s nomination is almost guaranteed of winning the seat during the election.

Political pundits argue that Kidero’s financial muscle could give him an advantage over his rivals in the Homa Bay gubernatorial race.

Kidero was elected as the first Governor of Nairobi in 2013 on an ODM ticket and served until 2017 when he lost the seat to Mike Mbuvi Sonko of the Jubilee party.

Before joining politics in 2012, he served as the CEO of Mumias Sugar for nearly 10 years.

...kidero was elected...oh he joined @$#%!.....Tell me what his achievements were when after serving in those post.......apart from earning ungodly salaries, allowances and abuse of power! #wajinga

There lies our fault.The man would score an F on integrity test.Why does it not matter that he is tainted with ahost if corruption charge.It should matter greatly.
We like taking emulating what Americans do political ly.Take note that a fellow like Kidero would be behind bars now.
Financial muscle, nonsense.Lets give integrity muscle achance.Its free, anybody can aquire as much without negative effects.

Homs Bay - the biggest thief is now coming to steal your money should you be stupid enough to elect Kidero! He should be barred from running for any political office in Kenya!

This thief should be in jail. Watch out Homa Bay.

Kidero is a thief.

He belongs in jail. People of Homabay need to reject the thief.

Time to steal from Homa Bay... Nairobi had its chance.

Mwakilishi...my comments of 2 days ago never appeared? Why was I censored? I just wanted to say recycling of garbage is highly recommended....not of thieves...

Kidero has made every organization he has been in charge of go bankrupt! Homs Bay county - do you want a known thief to kill your county? Everything Kidero touches dies - it is a known fact! He is still in court because of corruption and theft! I feel sad for those naive homa bay voters who may think that this beast has changed!

Are there no more good Kenyans to run for these elective office posts? Every time you only see thieves wanting to lead others. It all sets a very bad precedence to our children that a leader cannot be a person of honor and integrity! No wonder our society is experiencing a severe state of moral decay across the country.

Does Kidero really know exactly what he is talking about?? Every thief in Kenya seems to look for shelter in politics!

Kenya is in very, very strange times where those who aught to be jail are now aspiring for political offices! Kidero is the last man standing to even dare enter homa bay politics! But, I’m not surprised what voters can do because of receiving small bribes to mortgage their future!

Mia BILI BILI will have KIDERRO back in power...
Politicians know how to use ignorance and hunger as tools of investments and power.