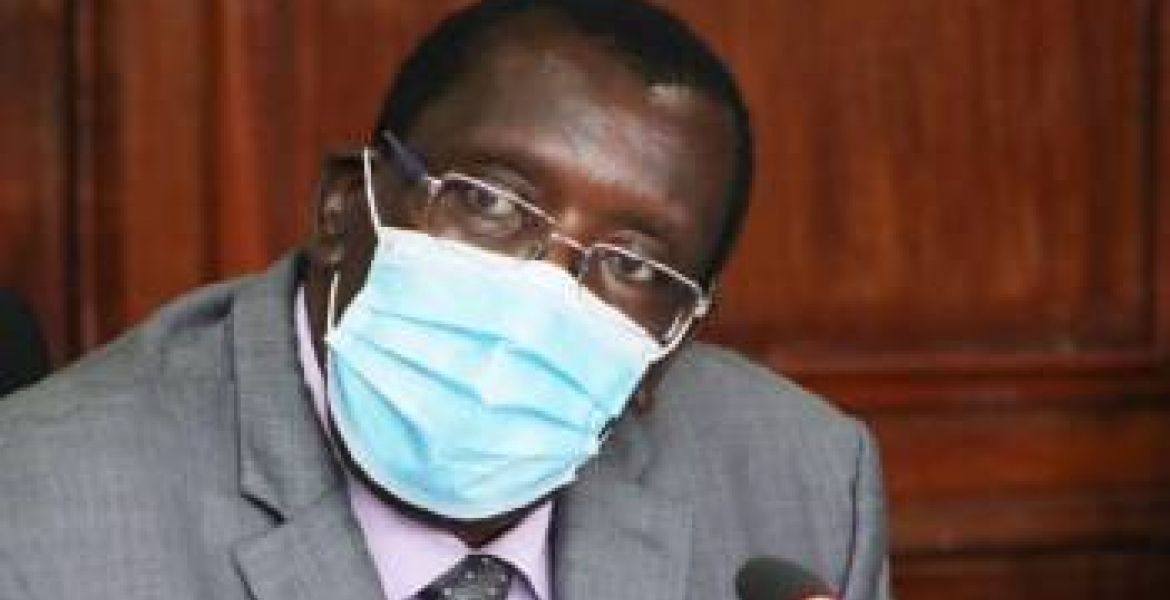 MPs were on Thursday left in shock after a man narrated how he easily won a Sh180 million tender for the supply of Covid-19 protective equipment to Kenya Medical Supplies Authority (Kemsa).

James Njuguna, a director of La Miguela Holdings Limited, appeared before the Public Investment Committee (PIC) that is investigating the alleged irregular procurement at Kemsa.

He told members of the committee that he was passing by Kemsa offices in Embakasi, Nairobi when he saw a crowd and decided to find out what was happening.

“I went straight to the receptionist who advised me not to waste time and apply for the tenders which were being flaunted,” Nguguna is quoted by People Daily.

“I quickly penned off a two-sentence letter and after two hours I was told I had succeeded and asked to collect the commitment letter from the chief executive officer’s office,” he added.

Njuguna said he previously supplied fire equipment worth Sh400,000 to Kemsa but MPs could not fathom how he bypassed all the procurement processes to land the lucrative tender.

He said he was not interrogated by any Kemsa official before being awarded the contract since many people applied for the tenders hence pressuring the people in charge of the process.

He explained: “Things happened very first, I was acting as directed. There were many people seeking the tenders and therefore one could not question the process at the time.”

“The tenders were being issued to address an emergency and hence no need to go through the tedious process as time was running out, the country had been hit by a pandemic,” Nguguna added.

Also appearing before the committee was 27-year-old Ivy Minyow, a director Kilig who could not explain how the company bagged a Sh4 billion tender at Kemsa despite being registered a few months earlier.

“We were too optimistic after Kemsa honored our request and could not hesitate to provide the samples,” Minyow said.

Kenya is indeed trashed. None of the government employees give a damn about serving the mwananchi. Greed is everywhere you look. Until folks are held accountable and actually have to pay for their ineptitude and corruption the majority of Kenyans will remain in the sewer. There has to be some drastic change to this sickness which allows widespread corruption to infect all the functions of the republic. When are we going to wake up. How does someone get a monster tender without going thru in-depth venting?????????????? How is that possible. What kind of justice is this????????? Wake up good people!!!!!!!!!!!!!!!!!!!!!!!!!!!!!!!!!!!!!!

There is something Njuguna is not telling out....THERE WAS A DEAL with one of KEMSA officials OR, OR, MONEY changed hands somewhere....
THERE WAS NOTHING FOR FREE!!! Inside job! inside job! Inside job!.... i've gone hoarse....

The COVID scandal was led by jambazi Uhuru himself.Ati thugs(who billionaire Kenyans call waheshimiwa MPs) investigating corruption at KEMSA.Ujue ujinga Kni KITU mbaya,NDONGOMOTHI Kenyans do not know that these hyenas just want to get their loot share.Already they are pocketing between shs 10000-15000 per sitting which means they will have EATEN shs 1b+ at the end of so-called investigations.That means the shs 2m.they were ordered to refund will come from the same billionaire Kenyans.RISASI TU.

Easy peezy cheezy. Corruption will end when corrupt felons will be put on firing squad. That is the gold standard

The tenders should be canceled and the money refunded. Those who granted the tenders should be in jail as we speak. But then this is Kenya, the land ruled by thieves. Expecting justice in Kenya is like telling someone you will build a tower on the moon. Do I remember the someone saying no money was stolen?

If I, a lay person, KNEW immediately that there was going to be a biiiig mess right there when direction was given for KEMSA to handle procurement; why didn't the MutahiKagwes and whoever else that was supposed to be macho smell the rat? Because this was a time for who-is-who to make a buck....big dirty buck... Sakaja is only the tip of the iceberg....those names the lady lawyer could not divulge are the real fishers of taxpayers. GOD, oh God, Kenya leaves me breathless!!!! suffocated!