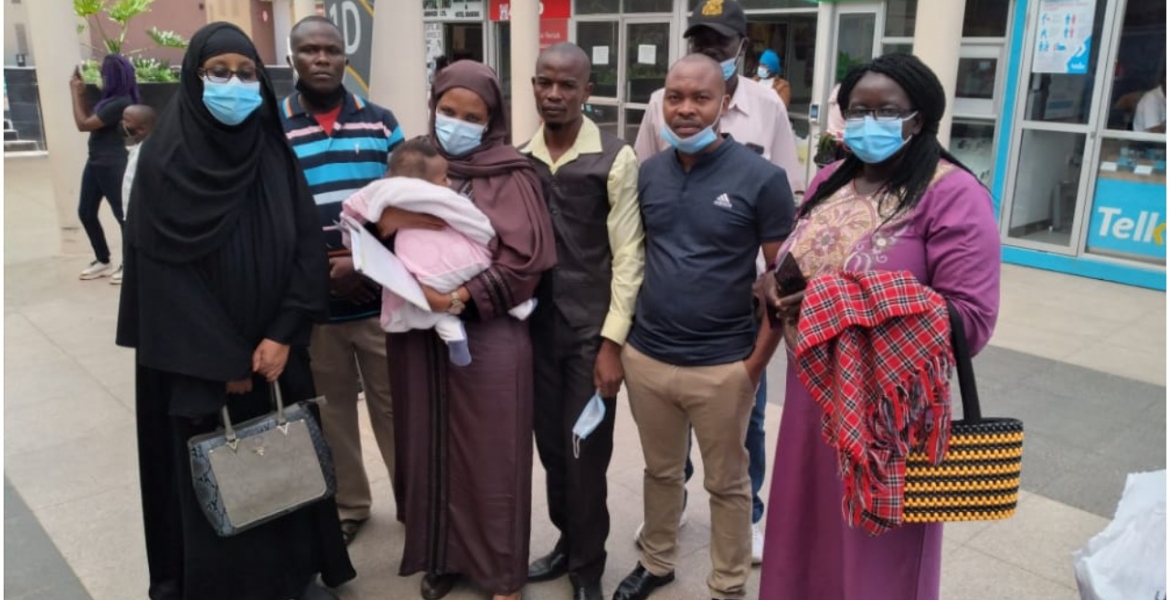 A Kenyan baby whose mother died while giving birth to him in Saudi Arabia has arrived in the country.

Baby Jackson Obadia was brought to the country over the weekend by Ms. Asha Kochore, an official at the Kenyan Embassy in Riyadh.

The boy was received and handed over to his mother’s family at the Jomo Kenyatta International Airport (JKIA) in Nairobi on Saturday.

His mother Damaris Kemunto passed away recently while delivering at a hospital in Hail City, Saudi Arabia after developing complications.

“The Embassy thanks the leadership of the Governorate of Hail for the support and cooperation,” the Kenyan Embassy in Riyadh said in a statement.

Kemunto is not the only Kenyan who passed away while working in Saudia Arabia this year.

In April, Mary Wangui died under mysterious circumstances while working in the Middle East nation. She was working for a family in Hail City and it is suspected she committed suicide.

“I don’t believe my wife is dead. And in the event she is, I don’t believe she killed herself. It could be a murder covered as suicide by her tormentors,” her husband Shadrack Nderitu said.

In June, another Kenyan identified as Alice Awuor, who was working as a house girl in Jeddah City, also died.

It was reported that prior to her death, Awuor (30) complained to her agency and family that she had not been paid and was being mistreated.