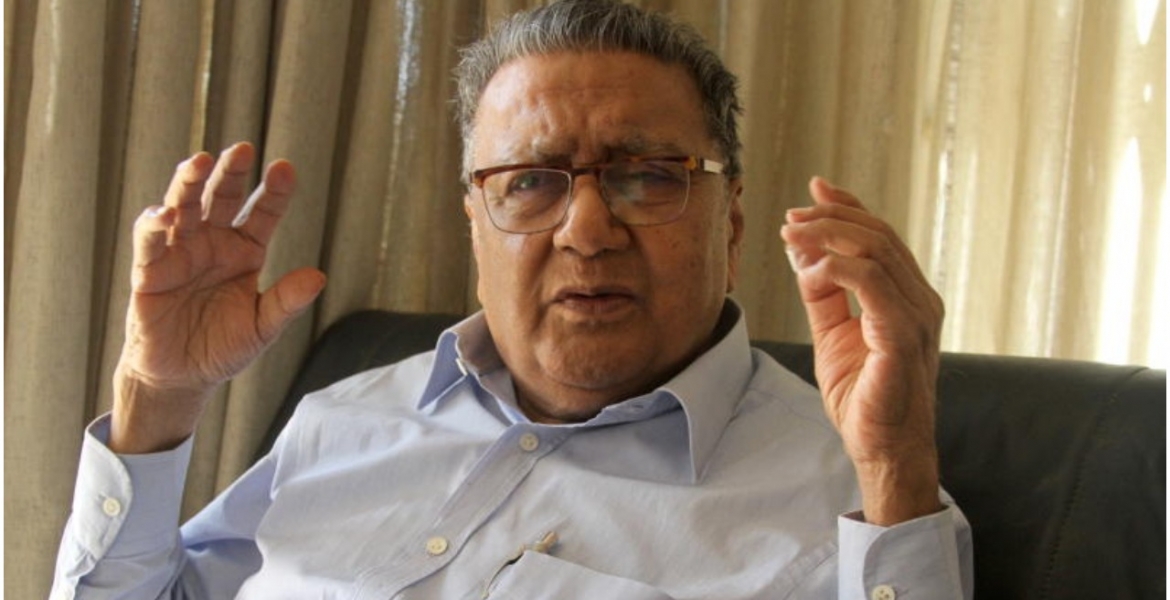 A gang of eight armed robbers raided the home of Kenyan billionaire Manu Chandaria in Nairobi’s Muthaiga estate and made away with Sh600,000 in cash.

The gangsters also stole jewelry of unknown value during the Monday morning robbery incident where no one was harmed.

The burglars are said to have disarmed a policeman guarding the premises and tied three watchmen in a room before breaking into the house, according to the Directorate of Criminal Investigations (DCI).

Chandaria told police that he was woken up by a loud bang on his bedroom door and found two men standing in front of him with pistols in their hands.

The philanthropist said he showed them where the safe was after they demanded money and jewelry.

The gang allegedly fired in the air making everyone lie down before escaping towards Karura Forest.

Three suspects among them a police officer named Jared Omboga Makambe have since been arrested in connection with the incident.

The three suspects have been detained at Muthaiga police station as further investigations into the incident continue.

Police have urged anyone with information that may help unravel the robbery to contact DCI Hotline Number 0800 722 203.

He said preliminary investigations revealed the robbery was an inside job.

I don't condone robbery I wish them hell! Glad they didn't harm the fella but my main concern is does he still have enough to survive?

Had to employ trust worthy guards these days!

Inside job. Lakini at least they spared him. Pole sana.

Chandaria should move most of his investments to the diaspora. Ama, namna gani diasporans?

@ex diaspora,after such a scare,iwould leave as soon as possible.
It's fortunate that his life was spared.But this kind of thing should not happen,much less involve apoliceman.
Last week apoliceman man robbed an accountant at gun point.
If I were their boss,I would resign in shame...add this horrible incidences to the never ending corrption in the police force.According to Transparency International,they are still hold the infamous distinction of being on top of the corrption list.