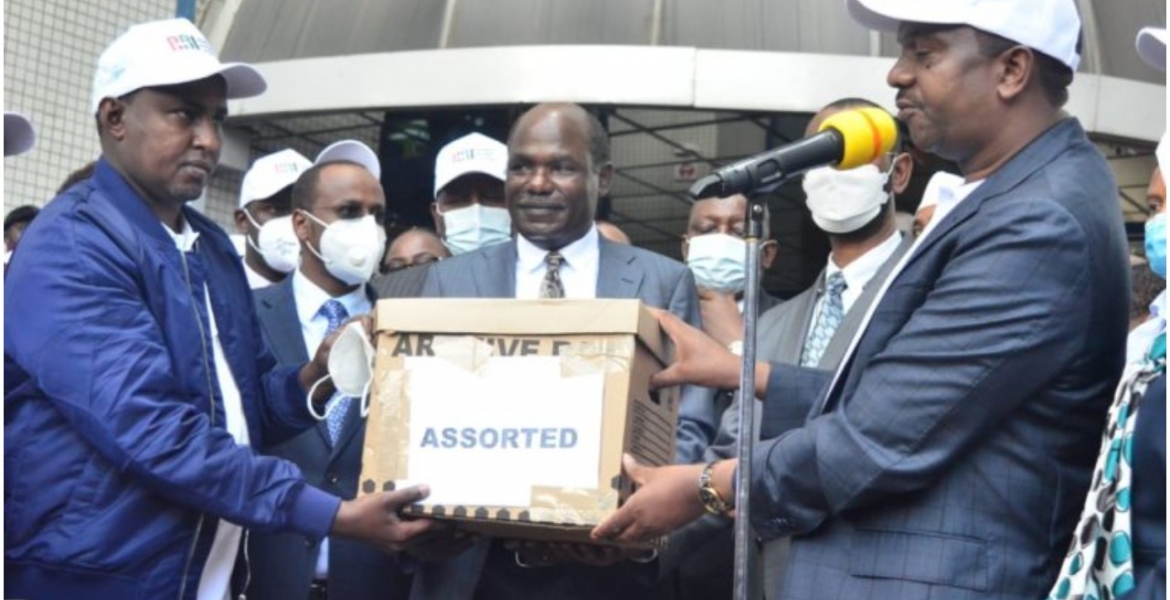 The Independent Electoral and Boundaries Commission (IEBC) is demanding Sh241 million from the Treasury to verify the Building Bridges Initiative (BBI) signatures.

The budget has placed the commission at loggerheads with the BBI Secretariat which claims that the amount is exaggerated.

While defending the Sh241 budget, IEBC acting CEO Marijan Hussein Marijan told People Daily that the money will be used to hire and train clerks who will be tasked with verifying the signatures. Marijan said the Treasury is yet to respond to their request for budgetary support.

“We made the request a day after we received the signatures. We asked the National Treasury to give us budgetary support of Sh241 million for the exercise to commence,” said Marijan.

He further indicated that the commission is currently serializing and signing documents received from the BBI Secretariat as well as signing papers to confirm the signatures.

“There is work going on right now which includes handing over and taking of documents, we also expect the documents to be signed as we wait for a response from the National Treasury. Once this is done we start recruiting the clerks immediately so that we can train them,” he added.

Reacting to IEBC’s budget request, BBI Secretariat co-chair Dennis Waweru termed the amount as too much given that technology can be used to expedite the signature validation process.

“Sh241 million is too much. This is an exercise that can be done using very minimal resources. We can even do it with just Sh1 million,” he said.

This is the second time IEBC is clashing with BBI proponents over budget estimates. Last month, ODM leader Raila Odinga told off the commission after it estimated that a referendum would cost at least Sh14 billion.

Odinga said the figure was outrageous, saying the exercise should not cost more than Sh2 billion for 20 million voters.

“The Sh14 billion the IEBC is talking about is not only outrageous but also a manifestation of the institution’s insensitivity to the changes Kenyans are crying for in the management of public affairs,” said Raila.

Uhuru Kenyatta and Raila Odinga should pay for BBI since this is for their personal benefit.

There should not be an extra cost to amend or change a constitution. People elected law makers ostensibly to do this job. It does not require any other expertise other than the sitting house members elected by their own constituencies. Ksh 240 million just to pass signatures alone is not small money. The country in itself is struggling with foreign debt, COVID pandemic and its own multiple ills of corruption/ stealing left and right. This is another form of corruption disguised as a platform of helping the people. At end of the day the makers of this constitution are the only once who eat from it. !

Don't give them money for useless verification. Let IEBC do a fundraiser led by beneficiaries of this second covid called BBI. Economy is everything.

I hope these greedy politicians do not get axed by covid-19 before they eat the BBI funds like they did with the covid-19 funds. I see covid-19 has started eating them out gradually after all the "tea" they drank. Sad but true. They don't even care about of the plight on the poor by the pandemic which is what they should be addressing at the moment.