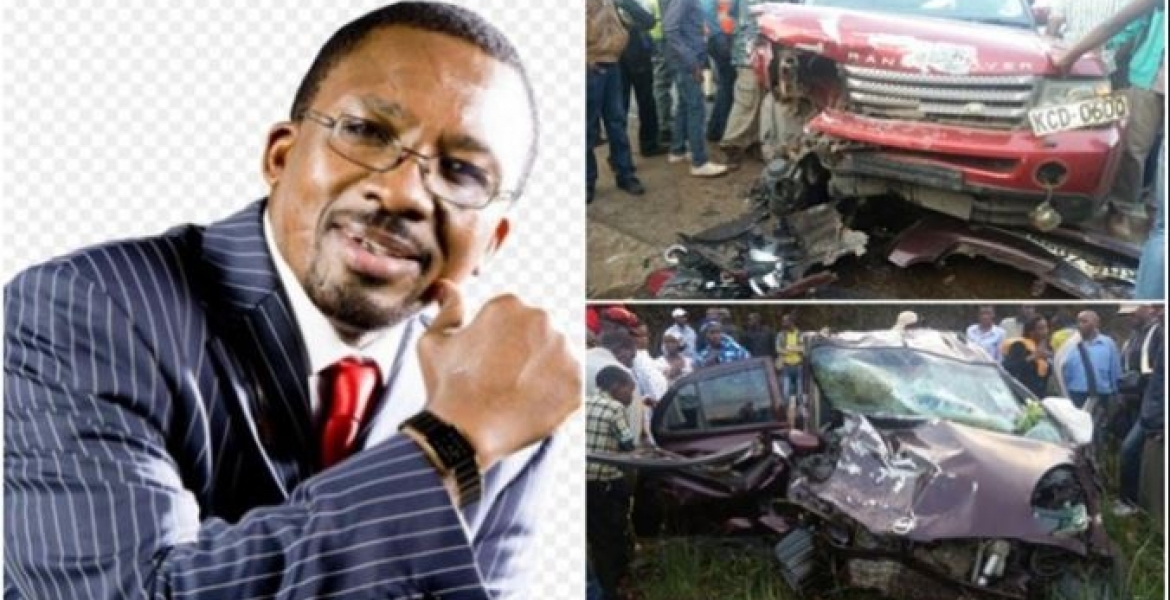 Controversial Pastor James Ng’ang’a’s bid to have a murder case against him thrown out has failed.

This comes after Kiambu High Court Justice Mary Kasango on Monday dismissed Ng’ang’a’s request to have an appeal filed by the State challenging his acquittal struck out.

In the case, Ng’ang’a had been charged with causing death through dangerous driving, giving false witness to a police officer.

His co-accused including his driver Simon Maina Kuria and police officers Christopher Nzilu Nzioka and Patrick Kahindi Baya were charged with trying to defeat justice through an attempted cover-up.

Ng’ang’a and his co-accused wanted the appeal struck out arguing that it was incompetent as it was filed outside the 14-day timeline provided by the law.

But Justice Kasango allowed the Director of Public Prosecutions (DPP) to proceed with the appeal which is yet to be admitted by the court as required by the Criminal Procedure Code.

The judge said the objections lodged by Ng’ang’a and his co-accused should be raised at the final hearing of the criminal appeal.

"...because the appeal as it is now it is not an appeal because it has not been admitted by this Court out of time. The window of opportunity for the DPP to seek the appeal to be admitted out of time as provided under Section 349 Criminal Procedure Code remains open until the hearing of the appeal," ruled Justice Kasango.

The four were acquitted by Limuru Chief Magistrate Godfrey Oduor in a ruling made on May 4th, 2018. He said the prosecution failed to prove Ng’ang’a’s involvement in the road crash.

Magistrate Oduor noted that it was not proved that the clergyman was the one driving during the fatal accident on July 26th, 2015, where his speeding car collided head-on with another car in Manguo area in Limuru, killing Mercy Njeri, a passenger in the Nissan vehicle.

Witnesses said that the preacher was behind the wheel at the time of the accident, but a man by the name Simon Kuria later claimed he was the one driving. Njeri’s husband, Martin Mbugua sustained serious injuries in the crash.

Pastor Ng’ang’a was also accused of failing to report the accident. It was reported that Ng’ang’a fled the accident scene using a colleague's Range Rover.

" …But when you pray, go into your room, close the door behind and pray to your Father, who is unseen. Then your Father who sees what is done in secret, will reward you. And when you pray, do not keep on babbling like the pagans, for they think they will be heard because of their many words. Do not be like them, for your Father knows what you need before you ask him.

Thou shall NOT bear false witness
Thou shall NOT lie
Thou shalt NOT kill
In addition to breaking these commandments,the man of God escapes leaving the injured to suffer...
Please if you are afollower of this evil man, prove to me why he should be called a man of the cloth?
You have to trust me on this;I have not done half of what Ng'ang'a is being accused of,plus his arrogance,and ostentatious life style.Will you dump him and follow me if I start achurch?.I promise to nourish your souls with food for which you thirst/hunger.
I shall not tell you that I will pray for you and God will answer your concerns such as:
Seeking a job
Getting well when sick
Getting aspouse
Getting rich
All these concerns are entirely up to you, using the abilities endowed by the creater.Use your brain,and science.All your problems may not be solved,but trust me you are much better of that following Ng'ang'a s of the world.You have the power.Just Believe in your ability,or else conmen will pounce on your vulnerability.