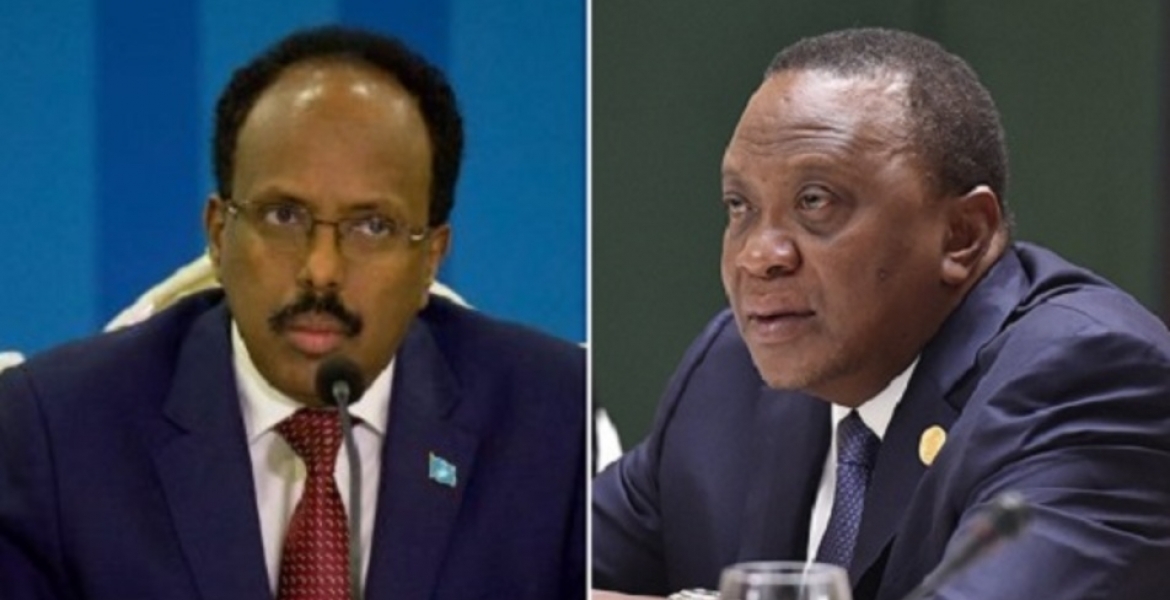 Somalia has cut diplomatic ties with Kenya over the alleged violation of her territorial integrity.

The move was announced on Tuesday by Somalia’s Minister of Information Osman Dubbe, who spoke on state-run SNTV at 1:40 am Mogadishu time.

As a result, he recalled all Somali diplomats back to Mogadishu and ordered all Kenyan diplomatic officials to leave the country within 7 days.

State House Spokesperson Kanze Dena said Kenyatta and Bihi initiated discussions on a number of issues of mutual interest between Kenya and Somaliland.

“The two delegations are set to meet again Tuesday, 15th December 2020, to finalize the talks,” Dena said in a statement.

Somalia’s Ministry of Foreign Affairs in a tweet on Monday dismissed Bihi’s visit to Nairobi, stating that Somaliland has no legitimacy to deal directly with Kenya.

“Somaliland is a Federal Member State of Somalia. It, therefore, has no legitimacy to deal directly with Kenya especially now that we have severed our diplomatic ties,” read the tweet.

“Muse Bihi’s visit to Nairobi undermines the sovereignty of Somalia and must be treated with the contempt it deserves.”

The two countries are also entangled in a maritime border dispute over 100,000 square kilometers in the Indian Ocean reported to be rich in gas and oil deposits.

Who needs diplomatic ties with the world's most failed state?

Used to be. It is now recovering.

..with Kenya's help it is recovering. Just the other day, that weak government was operating from Nairobi. Would be nice if they could contain their country's export, Al-Shabab.

Kenya loses Some increased thuggish terrorism by the rouge Somalis. They are good for nothing idiots! All the Somalis know is how to blow things up.

Somalia is the world’s most god forsaken country. The leadership there should be wiped out of the face of the earth if Somalia will change for the better. Kenya should take over Somalia by force!

Who cares for any diplomatic ties with the poorest country in the face of the earth. The only reason Kenya is in Somalia is mainly to protect Kenya from terror!

Somalia need to become a province of Somaliland because Somaliland is peaceful and doing good economically. The president of Somalia has a dual citizen and his top government officials. What a mess of a country.

Somalia president is not a US-Somalia dual citizen. He renounced US citizenship in 2019.He's a former NYC Mass transit executive. Now, look at that! Someone renounces US citizenship for Somalia(failed state) one. There must be something in it, when one has power