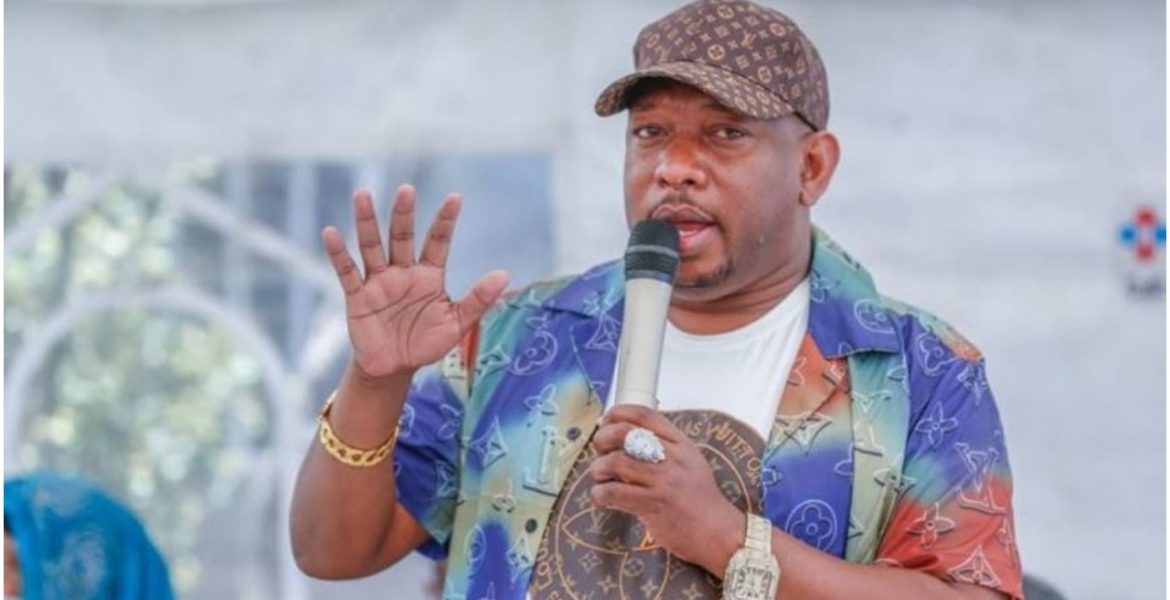 Speaking during his burial in Mikuyu, Machakos County on Tuesday, Sonko said Kabaka was eliminated because he was fighting powerful individuals who grabbed a parcel of land in Athi River.

“I know Kabaka, we were very close. This is not the first time, we have lost three senators and each time, there is always propaganda to dismiss their deaths.”

“Before his death, Kabaka had issues with the deep state and the system because he questioned Athi River land grabbing. He was eliminated,” Sonko added.

He called for a thorough probe into the cause of the politician’s death, saying the woman who was with Kabaka when he collapsed at an apartment in Kilimani, Nairobi should be quizzed afresh.

Sonko argued that the woman named Esther Muli, a high school teacher was used to lure Kabaka to his death.

“I hear they recovered drug tablets, we know what you people did. Let me tell you leaders, if you continue keeping quiet you will be the next victim. The woman suspect who was arrested should record the statement afresh. He had a problem with the system boys,” Sonko added.

Kabaka died on December 11th, a week after he was rushed to the Nairobi Hospital after fainting at the apartment.

He is said to have complained of a headache and collapsed at around 2.30 am, 21 hours after the two checked in at 3Dee Apartments along Elgeyo Marakwet Road in Kilimani.

Esther, a resident of Wote in Makueni, was arrested and arraigned but she was released after tests showed no traces of poison on the deceased’s blood, ruling out foul play in his death.

Sonko is just a mad man trash talking out of blues! This is a man other lunatic voters elected to lead them! It is the hypothetical case of the blind leading other blinds toward the cliff without brakes!

He is saying the truth.

Three times this has happened.

All of them died the same way.

That cannot be a coincidence.
It is political Assassinations being done by Uhuru Kenyatta.

You mean the gova gave these men viagra and slay queens? They were enjoying the forbidden fruits

Sometimes it is necessary to deny some folks the microphone. It serves no purpose to allow a possessed idiot to speak in public! It simply goes without saying that Sonko is severely mentally handicapped! What politicians will do and say to stay relevant to the foolish idiots who listen to them is deeply amazing! Am talking about both seemingly civilized and the uncouth of the society!

Well stated, Wasemi!! They seem to borrow the leaf from the wrong man, the craziest of them all mughoroki Donald Trump! It will backfire big time as it happened to DT! Sonko forgets that he is in Kenya. His ass will be hauled in to substantiate his claims OR...

Or a viagra killer.

Stop cooking childish conspiracy theories Sonko! The doctors determined that kabaka was not poisoned but now you want to pull a fast one without considering the damage you will inflict on the deceased family. What a shame and have you no decency sir!

The interior ministry of Kenya has been killing Kenyan politicians to discourage new comers from joining politics.

They are the ones creating a toxic political environment in Kenya.

All killed similar circumstances .
Viagra involved.
They were all killed while fighting for Kenyans.

They were ALL Killed by the Kenyan government.
Political Assasinations.

Ali, Kenyan doctors are not to be believed. Remember, Ouko set fire on himself, then shot himself on the head

I’m asking the experts and sexperts; is it true viagra had a hand in this incident? What did the woman say about viagra? Was she interviewed by the media?

I hope Kinoti/Haji question "Dr".Sonko.It is possible that he injected Kabaka with overdose meth or cocaine.

Sonko needs to stop deflecting what he did to kabaka himself. He just betrayed himself to have the secretive knowledge of what killed kabaka. Sonko must testify under oath!

SONKO wacha UJINGA.
If you have the information call DCI.