Kenya Formally Assumes its Position in the UN Security Council 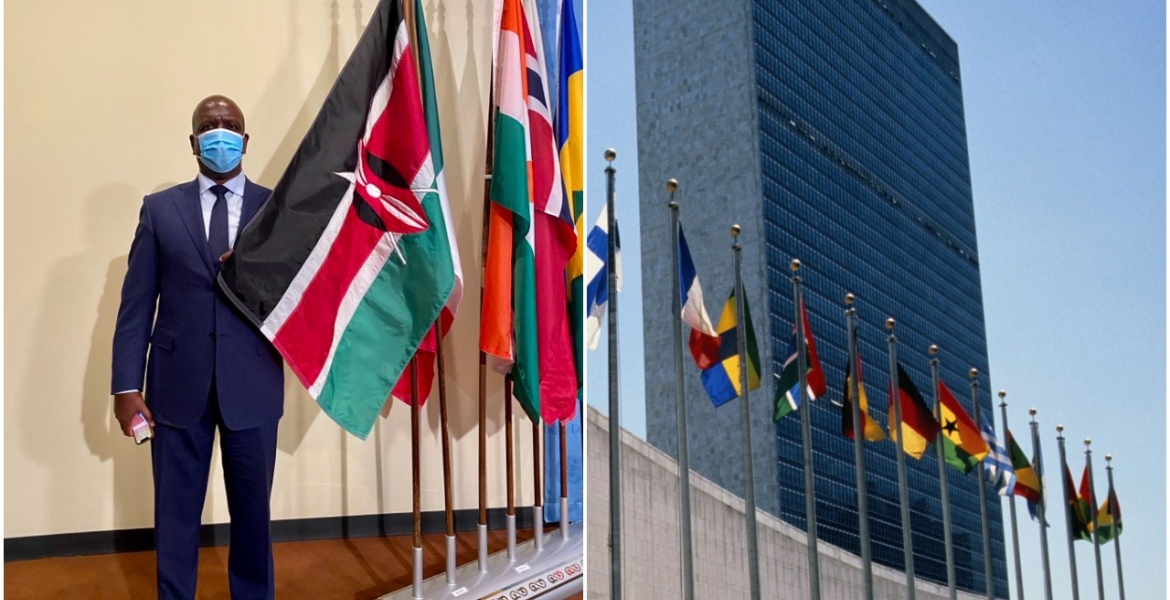 This came six months after Kenya was elected to the powerful council as a non-permanent member for the term 2021-2022.

Kenya’s Permanent Representative to the UN Ambassador Martin Kimani hoisted the Kenyan flag outside the UNSC Chamber in New York on Monday.

Speaking during the installation ceremony of the national flags of the new members, Amb. Kimani said Kenya will be a bold voice for Africa and all people yearning for peace and security.

“We will listen, we will speak up for Africa, for the small island developing states, for and for the global south all countries great and small.”

“Our mission in the security council will abide with our constitution, it will reflect your pragmatism, your dignity, and your ambition to build a fairer and more prosperous world.”

He added: “We will work daily to ensure that we live in a peaceful and secure region and in a global order that is respectful of our sovereignty.”

UNSC has five permanent members including Russia, the United Kingdom, the United States, China, and France—all of who have veto powers.

Kenya will now be involved in making key decisions such as sanctions, authorizing the use of force to preserve peace, and electing judges of the International Court of Justice (ICJ).

The UN Security Council is responsible for the maintenance of international peace and security.

Just say you’re Representing China and will be voting per CCP instructions.