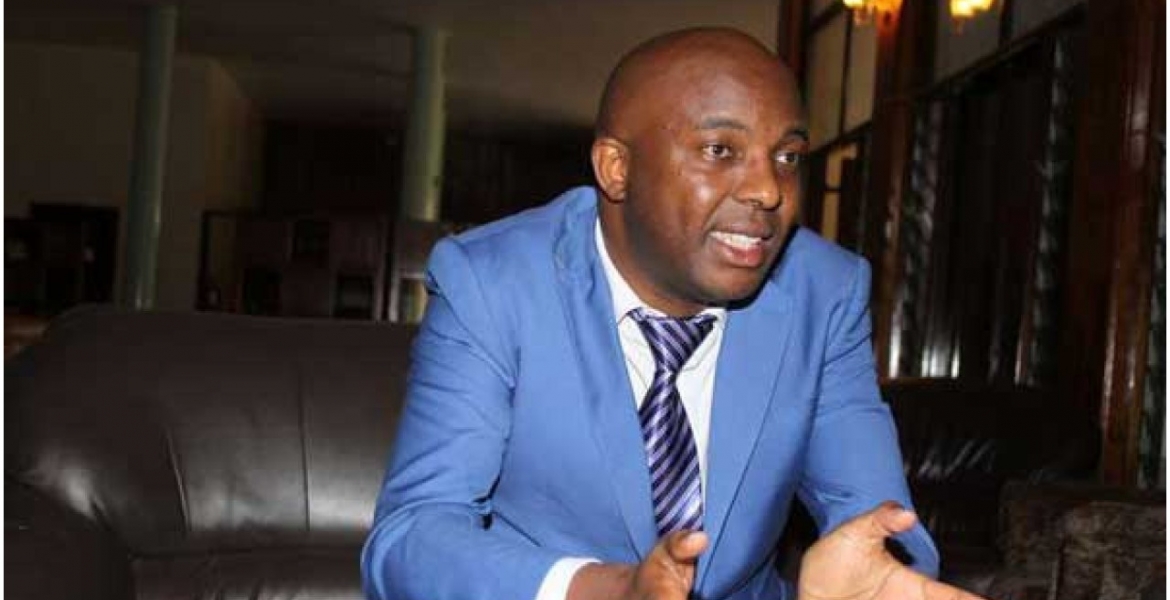 Kang’ata has been under fire over a controversial letter he wrote to President Kenyatta regarding the Building Bridges Initiative (BBI).

The letter in which Kang’ata told Kenyatta that the BBI was unpopular in Mt. Kenya angered a section of leaders allied to the president including 10 Governors from the region.

“As a senior member of parliament and Jubilee party, Hon Kangata should have followed official government structures and procedures in his address to HE the President. Such a breach of protocol is unacceptable. It raises questions why a senior member of the government leadership in parliament would choose this cheap populist method to address this issue to HE the President whose office is just a few steps away from parliament,” the Governors said in a joint statement.

Senator Murkomen said any attempts to remove Kang’ata from the Senate Majority Whip seat over the letter will be met with opposition.

Kang’ata inherited the seat from Nakuru Senator Susan Kihiha who was removed over allegations of disloyalty to the party.

“If the Jubilee Party Leadership calls for a meeting to remove Majority Whip Irungu Kang’ata we shall attend the meeting and vehemently oppose his ejection. Instead, we shall remove none Party members and replace with Party members. It doesn’t matter what he did to Susan Kihika and I. We shall oppose,” said Murkomen.

In the letter, Kang’ata stated that following a personal survey, he established that only two in 10 people in Central Kenya support BBI, six opposed while two were undecided.

“Your Excellency, I concede I may be wrong. In fact, I wish I was wrong and that my views are a mere pessimistic view of things. However, if I am right and we do not take urgent remedial measures, I will pin myself permanently in the pillar of the shame of spectacular defeat,” part of his letter read.

Kang’ata, who is the Senator for Murang’a has since apologized over the manner in which the letter leaked to the public by a third party. He insisted that the issues raised in the letter are substantive and hopes they will be remedied.

“I didn’t give the letter to the media. Someone else who had been copied did. I apologize for that. With the benefit of hindsight. I should have copied no one else. Trust substantive issues raised in the letter will be remedied,” he said.

Kangata should be fired for failing to follow proper protocol in addressing the issue! Honestly speaking, the guy looks not intelligent enough to deal with the job he is holding now!

Murkomen should worry about tanga tanga nonsense and stop worrying if kangata will be fired! He should be fired!

This kangata is hanging out with DP Ruto in mogotio drinking some blooded milk! He has become a traitor to the BBI course! Fire the dude!

Kenyans are feeling the effects of Corona virus and the last thing for most Kenyans to worry about is BBI will have benefited few people who are drafting it like Wako and Hajji Senior.

Why expand the executive and legislature instead of reducing the useless,bloated govt by 1/2?Does Uhuru and Raila want to turn parliament to a real bothehel by adding more 100 idle women MPs?Why special gender seats if Kenyan women and men are equal?Additional elite seats means more loans as Kenya's only resources remain the same,I.e,CORRUPTION & LOANS TO LOOT.

You must be an idiot, to think BBI nonsense will sail through, wake up! Smell the coffee Ruto is the next president. Ask yourself, did Sonko qualify to tbe the Governor of Nairobi? No, it is called the power of the electorate! Nobody can match the Chief thief Ruto currently. Talk all the ignorant bull, Kenya iko na wenyewe my friend!