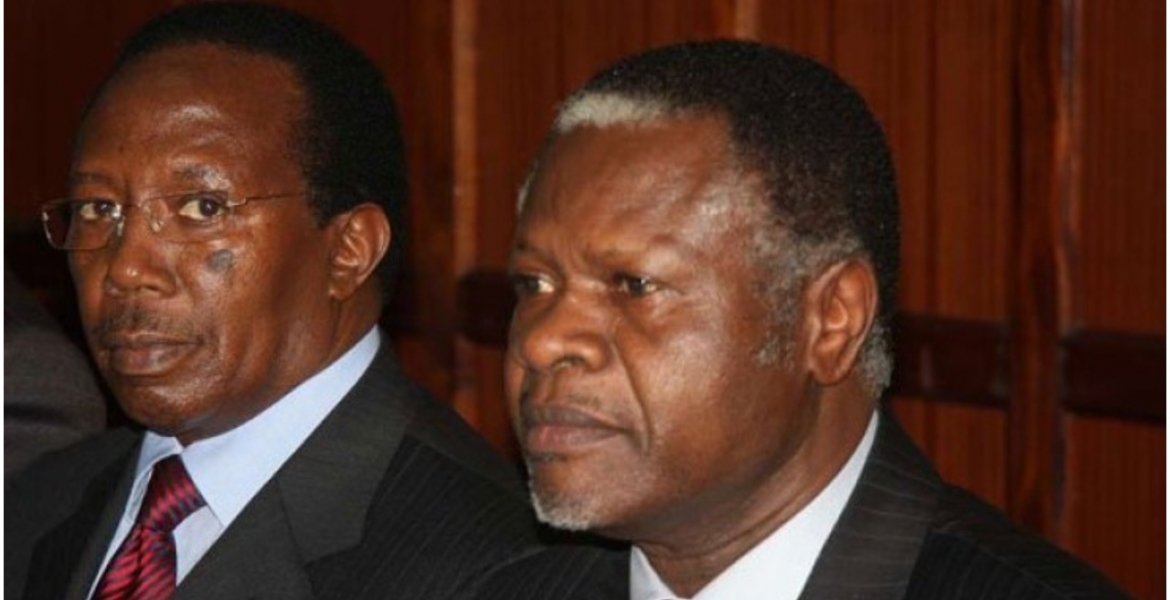 Business Daily reports that this will be the first batch of the billions of shillings seized from Kenyans in Jersey to be repatriated to Nairobi.

The repatriation comes eight years after the secret accounts in Jersey, which is part of the British Isles, were frozen.

The money will be used to acquire medical supplies to ease the burden of COVID-19 treatment in rural areas, according to the repatriation deal between Kenyan and Jersey authorities.

The Royal Court of Jersey indicated that Gichuru and Okemo received bribes in hard cash amounting to Sh997 million but only Sh526 million was recovered after the rest was wired back to Kenya.

After deducting court expenses from the Sh526 million, the remaining Sh444 million will be repatriated to Kenya.

“These funds belong to the Kenyan people. Once finalized, the first return under this agreement by the Attorney-General of Jersey will, at the request of the Government of Kenya, provide Sh444 million towards the Covid-19 recovery,” Jersey authorities said.

Okemo is reported to have used Windward Trading in Jersey as the company that would receive bribes disguised as commissions or consultancy fees from entities that won contracts from Kenya Power.

Walbrook Trustees (Jersey) Ltd were the administrators of Windward and would send back the money to Okemo.

Okemo and Gichuru could be extradited to Jersey to face corruption and money laundering charges if the Supreme Court approves an application filed by the Director of Public Prosecutions (DPP).

The two face jail terms of up to 14 years if they are extradited to Jersey and found guilty of the charges leveled against them.

Jersey should not repatriate the money to the current the Kenyan looters.They will just steal the money as they are worse than both Okemo and Gichuru.

I hope the culprits get repatriated to prison as well. This was a traversity to the trust that tax paying citizens have in our toothless uncle sam. Bure kabisa!

The problem is this money will end up with the Kemsa bilionares. It will be a slap in the face to the Jersey authorities.

Great job ..but WACHENI unjinga..
MOI, KENYATTA, BIWOTT, RAILA, SONKO, WAIGURU, KABOGO, JOHO, CHADALIA, LOTS OF PROMINENT KENYANS ARE DOING THE SAME..
PLEASE GET EVERYTHING FROM THE ABOVE THEN WE CAN TALK ABOUT 500 MILLION SHILLINGS.