Scare as Tourist Bus Plunges into Indian Ocean in Mombasa 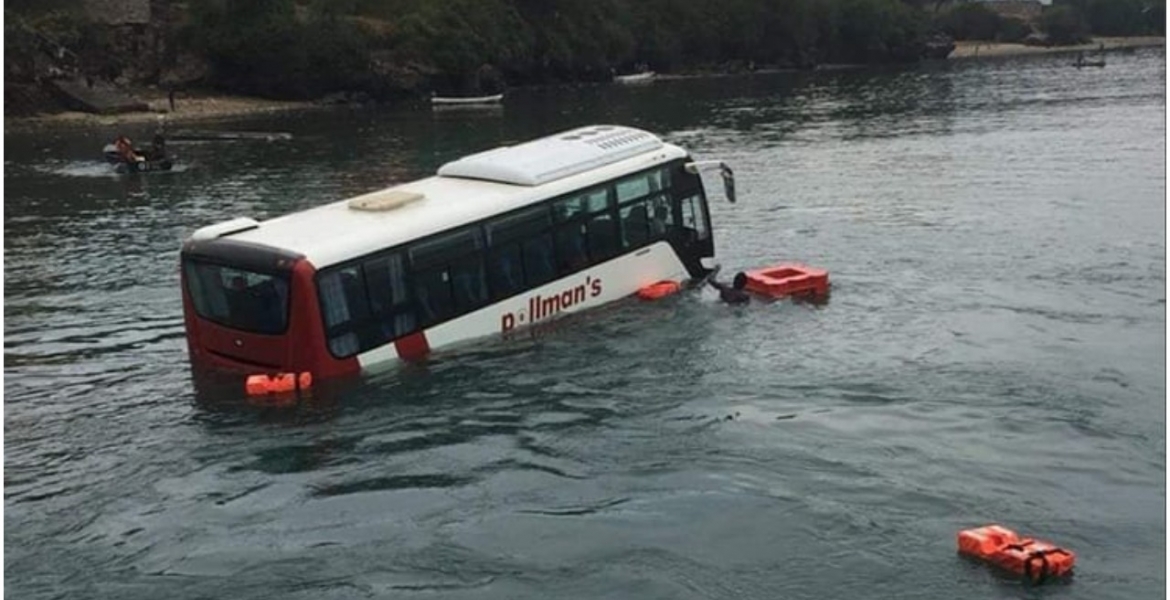 There was a scare at the Likoni Crossing Channel in Mombasa on Sunday morning after a tourist bus plunged into the Indian Ocean.

The bus belonging to Pollman’s Tours and Safaris was headed to Mombasa Island from South Coast when it slid into the sea at around 9:00 am.

The driver, Salim Omar was attempting to board the MV Safari ferry but the vehicle’s brakes failed.

"I tried to break but the bus kept on sliding," Omar said.

Both Omar and his helper were rescued while the bus was pulled out by officers from the Kenya Ferry Services, Kenya Coast Guard, and volunteers.

In a statement, Pollman’s Tours and Safaris confirmed the bus was not carrying any passengers during the incident, saying it dropped off tourists in Diani on Saturday evening.

"We would like to thank KFS, Kenya coast guard, and numerous members of the public who all came to help," Pollman's Director of Operations Mohammed Hersi said.

"As a leading tour company safety remains our topmost priority and we are grateful that there were no fatalities."

In 2019, a 35-year-old woman and her four-year-old daughter died after their car reversed from a ferry and sunk into the Indian Ocean at the same crossing channel.

The bodies of Mariam Kigenda and her daughter Amanda Mutheu were retrieved after a search that lasted nearly two weeks.

At least some good news...
Pollman’s Tours needs to make them like the duckie busses....on land and on sea.

You can’t trust these gps anymore. I bet you the driver was just following his Waze app and it led him to the ocean, then it started recalculating. Mine led me to an empty parking lot and said you’ve arrived at home. So wrong, smh!