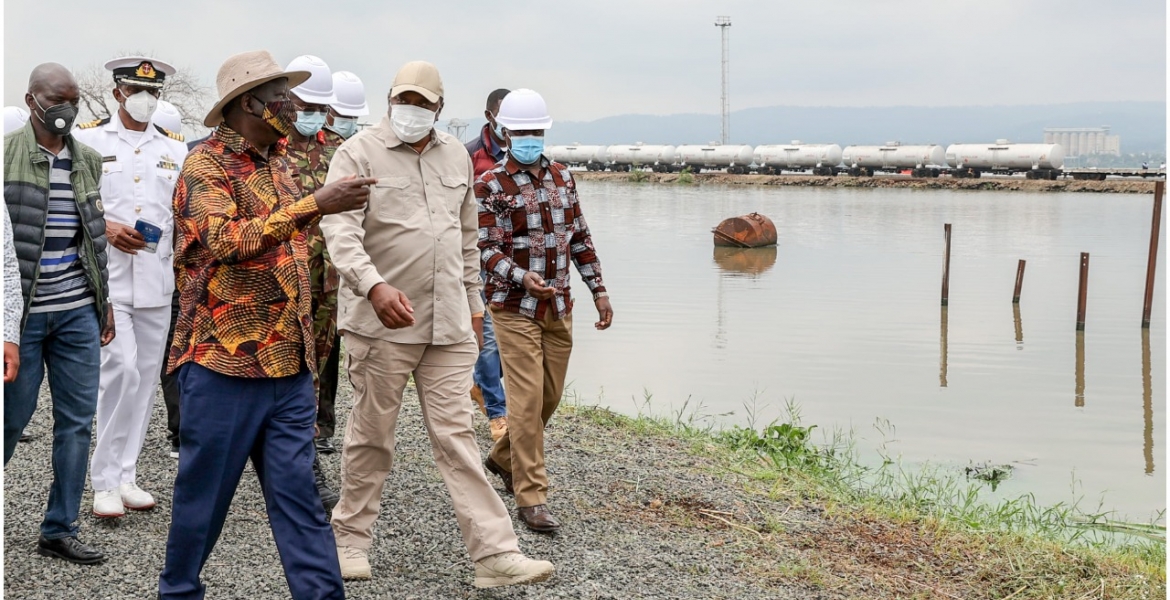 The two visited the port of Kisumu where officers from Kenya Defense Forces (KDF) are constructing a shipyard as part of the facility’s expansion and rehabilitation.

Accompanying the two during the port tour was Chief of Defense Forces General Robert Kibochi.

They also made an aerial view of the Uhuru Business Complex—an ultra-modern market that is being constructed at Jua Kali area in Kisumu at a cost of Sh350 million.

Kenyatta and Odinga then proceeded to Mambo Leo area where they checked the progress of the under-construction Sh415 million Jomo Kenyatta stadium.

Here, the president expressed his satisfaction with the ongoing construction of the arena that is 65 percent complete.

During a meeting with the president, the contractor pledged to complete works on the stadium in April this year, State House said.

While flying back to Nairobi, Kenyatta also inspected the ongoing rehabilitation of the Meter Gauge Railway from Longonot to Kisumu from the air.

He also made a stopover at Naivasha where the Standard Gauge Railway (SGR) is being linked with the old railway to open up activities at the Inland Container Depot (ICD).

Seriously, is this the only place being developed? These two are always together in kisumu inspecting maedeleo....
Raila tafutia UHURU bibi...