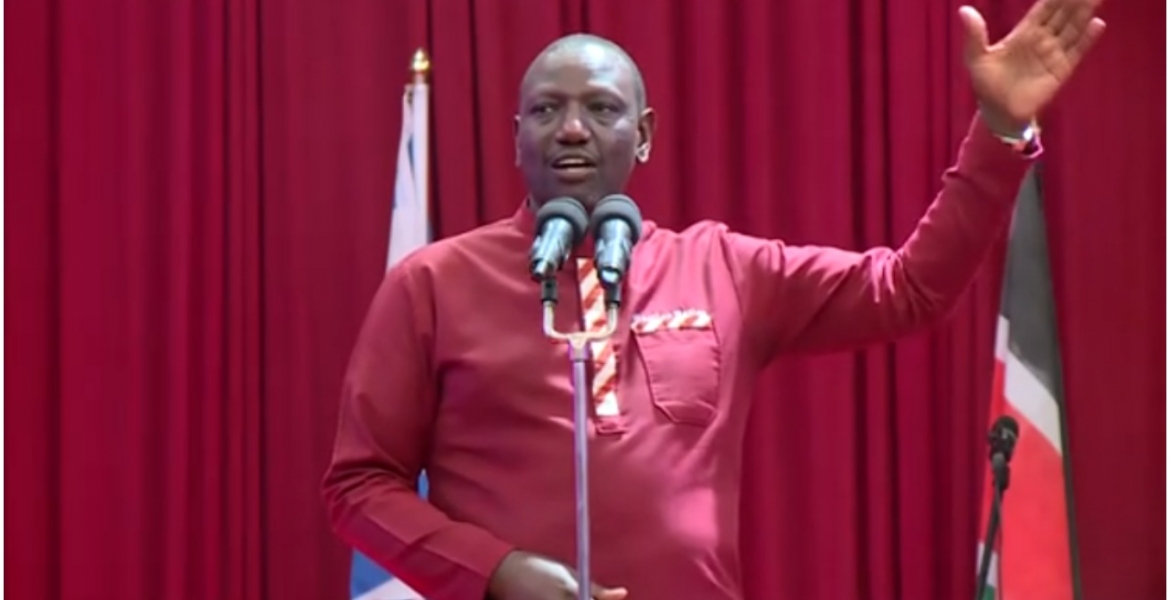 Speaking at the House of Hope Church in Kayole, Nairobi on Sunday, Ruto said Wanjiru is the most suitable candidate for the seat because she understands hustlers’ problems.

“Wanjiru is our candidate as hustlers in Nairobi and we will rally behind her in the upcoming by-election,” Ruto told the congregants.

The endorsement comes a day after the newly registered United Democratic Alliance (UDA) party, which has been linked to Ruto, picked Wanjiru as its candidate in the Nairobi gubernatorial by-election.

She was issued with a nomination certificate during the party’s official launch at its offices in Kilimani, Nairobi on Friday.

UDA whose symbol is a wheelbarrow while its slogan is ‘Kazi ni Kazi’ rebranded from Party for Reforms and Democracy (PDR).

The Nairobi Governor's seat fell vacant following the impeachment of Mike Sonko on the grounds of gross violation of the Constitution and other laws, abuse of office, commission of crimes under the national laws, and lacking the mental capability to run the county government.

Wanjiru is a thief of equal measure to DP Ruto! Wanjiru is the waste traitor of the kikuyu men!

Even Hitler went to church every Sunday conning people with messages of hope before he turned on 6 million strong Jews and killed them. Hitler used other Jews and before they knew what Hitler was up to, Jews were getting killed in huge numbers! Ruto is positioning wanjiru as a governor to reach the heart of the kikuyu nation as he plans to kill every body and their mothers.

That's not a good pick. UDA might stumble on this one

Beware folks! Ruto is a big wolf that is using small baby wolves to help him commit havoc. If Wanjiru can’t protect kamangu, how is she going to protect the kikuyu nation against Ruto?

The 2007/8 wounds are still wide open and no one should assume that Ruto has changed. Do not allow religion face mask your eyes.

Ruto does not have the spirit of God in him. His actions speaks volumes! Ruto’s motives are evil! Ruto is up to nothing good. We should resist him by all means!

Come on RUTO, we have better professionals who can run Nairobi better.
We can't afford the same old shit.
I understand this is politics, but let's take to heart the cries of the masses.

Wanjiru is another billionaire with stolen money. SHe does not under the plight of the ordinary people! The way she treated her dying husband kamangu is a classic example. Don’t let Ruto deceive you Nairobi county voters. He know he is lying while he is standing in the house of the Lord! Remember even the Devil himself was an arch Angel to God who ended up destroying the work of God here on earth! Let us not be cheated on a broad day light by the agents of doom like Ruto!

Ichungwa needs to refresh his cheap memory and understand that the 2007 skirmishes were engineered by Ruto himself! Ruto ordered many to be killed; mostly women and children!

Ichungwa should not betray others for his future political purposes! The man is a traitor and very selfish! Ruto is no good for Kenya and Ichungwa knows it!

If mwizi then who's from the mountain who isn't?