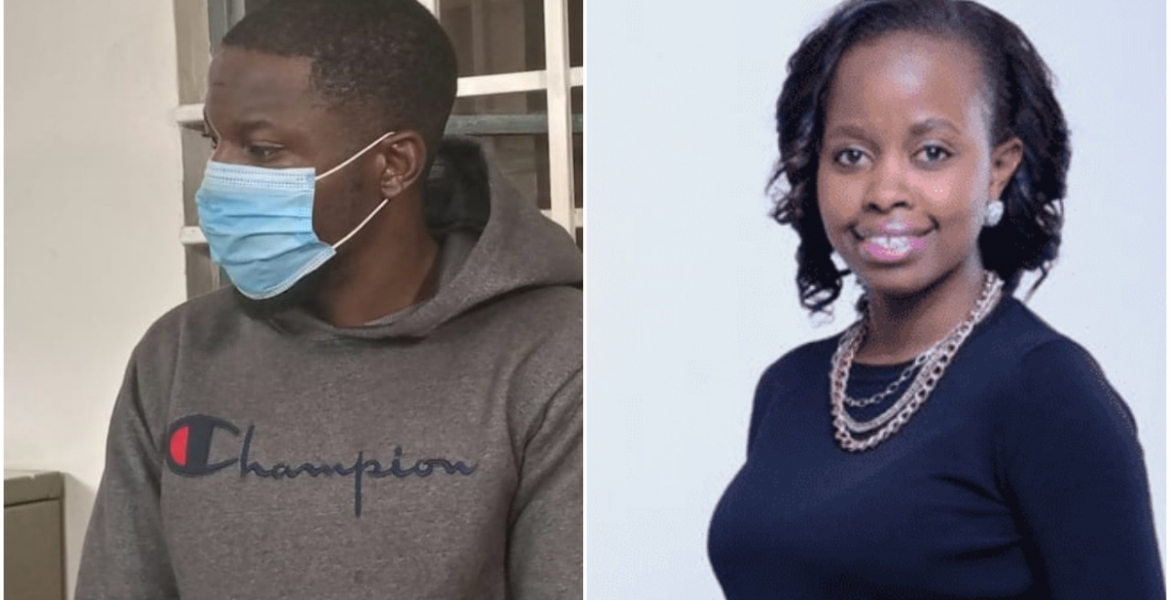 A foreign national linked to the gruesome murder of Kenyan lawyer Elizabeth Koki was on Monday arraigned in court.

Christian Mwambay Kadima appeared before Mavoko Law Courts Magistrate Bernard Kasavuli who ordered he be detained for two weeks as detectives conclude investigations into the murder.

The court heard that Kadima was arrested with a Safaricom sim card registered with a South African passport under the name “Zuchiswa Genevieve”.

He is accused of killing the mother of two in her house in Syokimau, Machakos County, where the two lived together for a year.

Police said he was seen leaving the victim’s house on Thursday evening before her lifeless body was found in her bedroom on Friday morning by her house help.

Koki, the founder of Koki & Associates—a human resource law consultancy firm—was found lying lifeless on the bed with bloody bruises on her body.

The suspect was nabbed in his hideout at a Nairobi lodging having tried to outsmart detectives by driving his getaway car to Riruta to create a false impression of his whereabouts.

It later emerged that Kadima, who holds a Nigerian passport, is wanted in South Africa over accusations of battery.

“What we know is that he came to Kenya from South Africa and we are yet to determine which nationality he is, but from what we have gathered is that he is Congolese,” said Mutua.

South African publication Sandton Chronicle reported that Kadima is accused of assaulting one Miranda Jacobs in 2017.

He skipped bail and fled to Kenya with South African authorities issuing a warrant of arrest issued against him.

... Fake Kenyans crying for Justice. How can a foreigner simply come into our Country, make love to our own, and then just kill her? Next he will be released on bond, as the underfunded Police 'look for Evidence', to prosecute him. He will then disappear into darkness... after all, from South Africa to Nigeria, and Cameroon, and now Kenya, no one knows who he really is. Detain him in Kenya, and take his DNA. DNA does not lie.

One of the method that can be used to deter Nigerians and other west Africans criminals operating or immigrating to Kenya is the mean of neutering them. Both Surgical castration (the bilateral orchidectomy or excision of both testicles), and chemical castration that uses pharmaceutical drugs to deactivate the testes. Castrating Nigerians would be more humane way of deterring their criminal activities than killing them through firing squad or hanging them in public as is in case with Saudi Arabia. This may sound mean but it's the only humanely way I can think of to deal with their menace and save their souls otherwise if countries followed Saudi Arabia suit millions of Nigerians would be dead or on death row because all other methods have failed to curtail their criminal activities