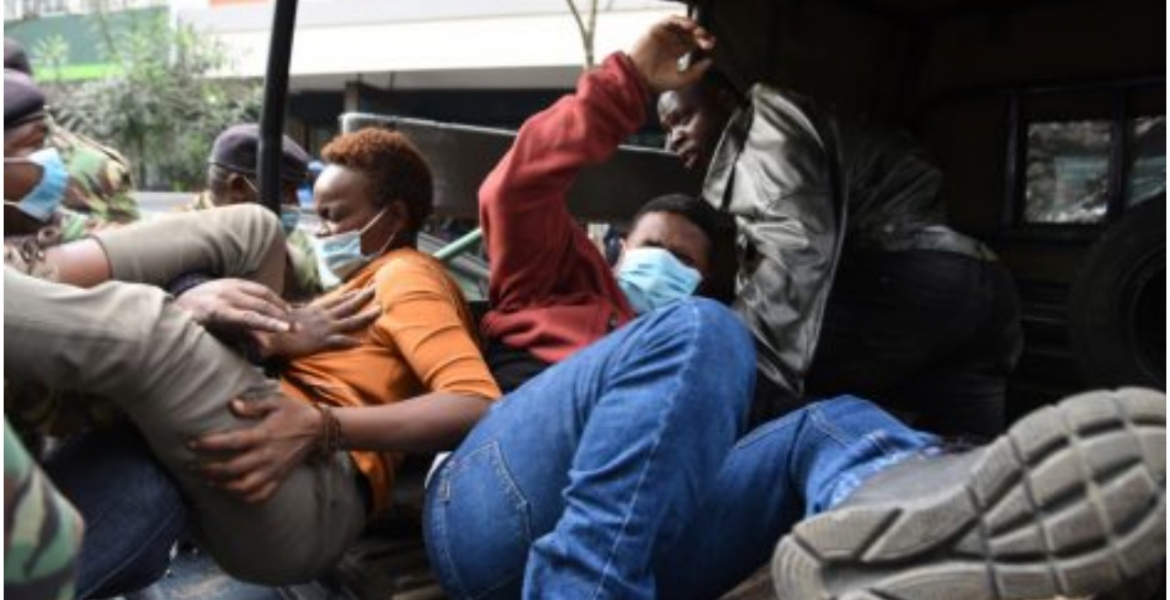 Four Kenyan activists were on Wednesday arrested outside the Ugandan Embassy in Nairobi.

The human rights defenders marched to the embassy to protest against President Yoweri Museveni's administration clampdown on the opposition ahead of this week’s general election.

Amnesty International (K) issued a statement demanding the immediate release of the activists.

“We demand the release of Haki Africa ED Hussein Khalid, Beatrice Waithera, Ojiro Odhiambo, and Yassah Musa, who were arrested outside the Ugandan Embassy for speaking against the injustices in Uganda. Standing up for human rights is not a crime,” the NGO stated.

Some of the activists said they sustained injuries during the dramatic arrest in Nairobi central business district.

Museveni, who is seeking his sixth term in office, has been accused of using state machinery to muzzle the opposition with campaigns marred by violence and police brutality.

He has ruled the country for 35 years but is facing a fierce battle against singer-cum-politician Robert Kyagulanyi, alias Bobi Wine.

The social media ban was in retaliation for Facebook blocking some pro-government accounts ahead of Thursday’s presidential election.

On Monday, Facebook announced it had taken down a network in Uganda linked to the country’s ministry of information for using fake and duplicate accounts to post ahead of the election.

More than 18 million voters are expected to participate in the general election.

Waithera is only worried about her breasts and pocket.She seems to be shielding them with with her hands.But I wonder how she will tell her children if they see the picture.What can't these fools demonstrate against the useless,corrupt govt of Kenya?The Kenyan thuggery system became okey with the so-called human rights after muchawi joined it.These guys get loot dividends from their god,Raila.

Uhuru live up to your name! Protect peoples freedom.