ODM Leaders Threaten to Withdraw Support for Uhuru and Handshake 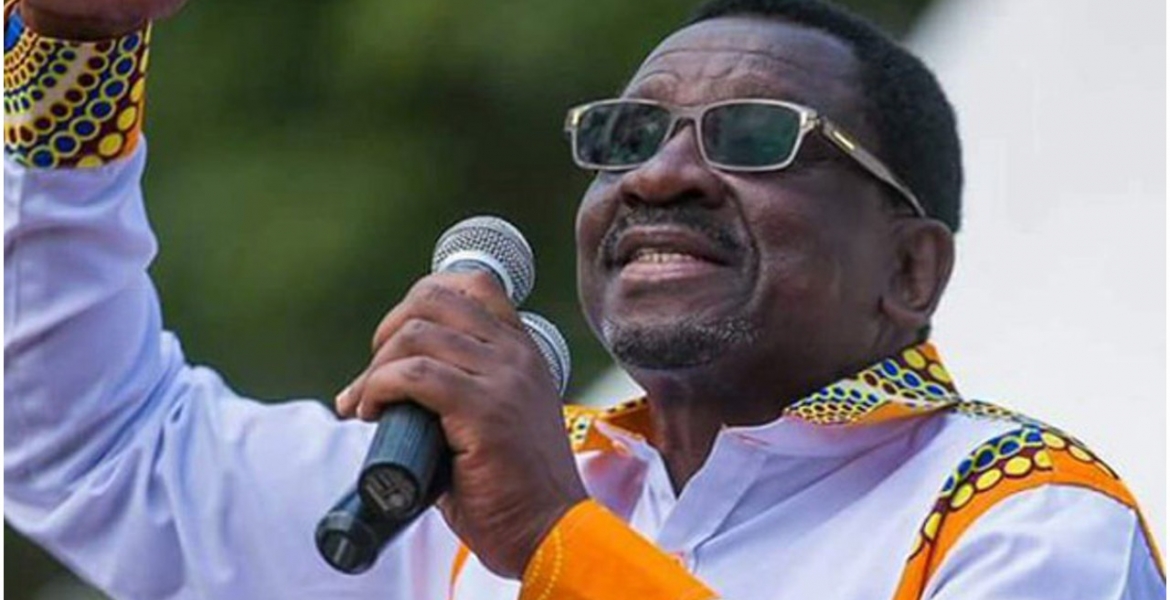 A section of ODM leaders led by Siaya Senator James Orengo has threatened to withdraw their support for President Kenyatta and the handshake.

The leaders accused some members of the Jubilee Party led by Deputy President William Ruto of frustrating the Building Bridges Initiative (BBI), a brainchild of President Kenyatta and ODM leader Raila Odinga.

They asked Uhuru to crack the whip on Ruto and his allies, who they claimed have been undermining and disrespecting the president.

“As ODM, we made a choice to support and work with the government. But we will only do so when they are on the right track. If they keep on provoking us, then we are ready to go to the trenches for the sake of Kenyans who are looking up to us,” said Orengo while speaking in Siaya.

“The deputy president of the Republic of Kenya has a permanent seat in the Cabinet and the Constitution requires the Cabinet to act collectively. The time has come for him to make a choice just like the first vice president Jaramogi Oginga Odinga did when he had an ideological difference with President Jomo Kenyatta,” added Orengo.

His sentiments were echoed by other ODM leaders who stated that Ruto should stop blaming the Jubilee administration’s failures on Raila.

"Even us in the opposition find it difficult to deal with a divided house in Jubilee. And this is the reason we beseech the President to take charge and put his house in order," Orengo added.

Mudavandi asked ODM to support an impeachment motion to fire Ruto but you refused to support him. Make up your mind when you can work together to get rid of Ruto. He is the enemy who is tearing the government from within! Impeach the guy!

These are signs of a dying BBI. And they know it. Everyone in the handshake bandwagon is clutching at straws as the support for BBI diminishes. They are becoming confused each day as you can hear oh rotational president, oh distributing hate leaflets, calling people from Molo to lie that they are being threatened, calling Ruto a thief yet they remain the biggest thieves, and now oh impeachment. What do they have to impeach him for. There’s nothing Ruto has done to warrant an impeachment.

There will never be a Rubwa presidency, BBI or no BBI! The Rubwa tribe led by Ruto is full of thieves and can’t lead! Go to Sugoi with your wheelbarrow mogotio express!

Thanks josh will sure go to mogotio.

Ruto ain't no saint. But what about Raila: in every election, if he doesn't win, it was stolen! Sounds like Trump hah? Raila takes his crowd of mass protesters through the streets of Nairobi where they break up dukas,loot shops, burn buildings,burn vehicles and beat up innocent people. Sounds like Trump's goons attacking US capital hah? Believe it or not,the biggest threat to Kenya's peace and progress is Raila Odinga. Think about it; before handshake, Kenya was burning- schools, businesses vehicles- there was total chaos in the republic. Immediately after handshake, all manner of violence ceased. Did you know that whenever there is a rapist in town, once the rapist is caught the rapping ceases. Whenever the person causing violence is bought and paid for, the violence ends. Uhuru had to buy Raila to end the violence in the nation. Is that the person you want to lead your country? We don't need Uhuru, Ruto, Raila, Mudavadi, Gideon Moi, Kalonzo or Weta. We want a new outlook, a fresh start and not the dynastic recycling that has destroyed our lives and country.

Mr. Odmer Orengo, Raila made his own personal arrangements with Uhuru to cut down on his rhetoric and join him in “eating “. Every one remembers when Raila did the handshake, all Odmers were left orphans. You had no choice but to accept what your boss did.
And now you’re trying to arm twist every one else into this private arrangement?
You cannot force those that are opposed to either BBI or the handshake if you believe in democracy.
The government will still remain running even if you had to pull out of the handshake.

Get a damn wheelbarrow Orengo! It is the new method of transport to nyanza via Sugoi! Ruto wants to impoverish Kenyans so he can still everything in sight! You should be worried about Ruto’s fake messages to Kenyans of low class!

Orange is confusing strategy with support. BBI is ODM strategy to get to State House.

Raila said these are the last days of handshake, BBI referendum is the peak and finale so Orengo you can leave now since party is almost over, it is 3am. Ruto will not do a Jaramogi act of quitting. He's not that impulsive like Raila. Evidence shows Jubilee is dead without him.

BBI is a total disaster.

It’s should be abandoned.