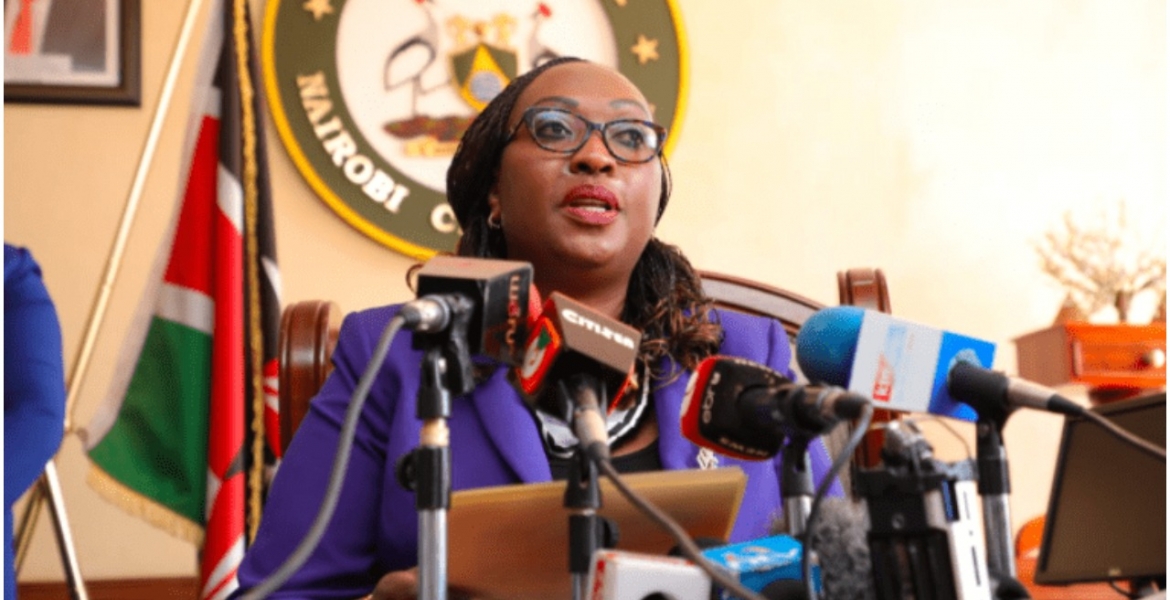 Anne Kananu Mwenda has taken over as acting Nairobi Governor, days after she was sworn-in as the deputy governor.

Nairobi County Assembly Speaker Benson Mutura, who was the acting governor, handed over the instruments of power to Ms. Kananu during a ceremony held at City Hall on Monday.

Speaking during a media briefing, Kananu said a committee is already making plans for her to be officially sworn-in as the Governor for Nairobi.

“We have the Assumption of the Office of Governor Committee that is working on the process. Once the process is done we will communicate,” she said.

She pledged to work closely with the Nairobi Metropolitan Services (NMS) to improve service delivery in the city.

“I’m not a politician and I will not start being one. For the avoidance of doubt, my principal partner in delivering services in Nairobi is Nairobi Metropolitan Services (NMS) Director-General Mohamed Badi and his team,” said Kananu.

Kananu took an oath of office as the Nairobi Deputy Governor on Friday, shortly after the Nairobi County Assembly vetted and approved her nomination.

She was nominated to the position by impeached Governor Mike Sonko in January last year but her vetting was suspended pending the hearing and determination of a petition filed by Peter Agoro.

In his petition, Agoro argued that Sonko violated court orders by making the nomination given that he was barred from accessing office after he was charged with graft. Agoro withdrew the petition early this year, paving the way for Kananu’s vetting.

The office of Nairobi deputy governor remained vacant since January 2018 following the resignation of Polycarp Igathe.

Governor of Nairobi is a Political position.
This mama needs to go. She’s clueless.

I do not understand this circus. Is it legal?