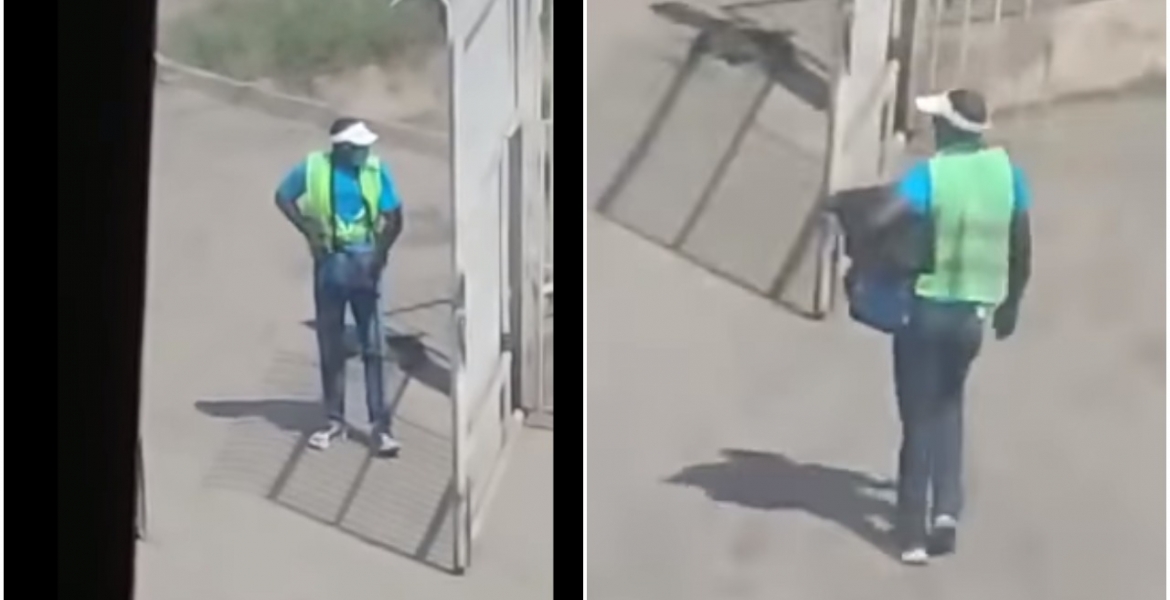 A video of uniformly dressed armed robbers stealing from a mobile bank truck in broad daylight in Nairobi has emerged on social media.

The three-minute, 55 seconds video clip shows one of the armed thugs manning the entrance of premises along Mombasa Road in Nairobi. Motorists are seen entering and exiting the premises without suspecting that a robbery is underway.

Moments later, three more men emerge carrying boxes believed to be containing stolen cash and escape in the same direction on foot. All of them were dressed in white caps and green reflector jackets.

The video was captured by some people, who witnessed the whole incident from the upper floor of the building.

Reports indicate that the incident happened on Monday afternoon at Hypermart/ Ramtoms premises opposite City Cabanas on Mombasa Road.

About six armed thugs are said to have violently confronted and disarmed two police officers before entering into Prime Bank’s mobile bank truck and stealing cash. They allegedly made away with two cash cassettes (boxes) containing an unknown amount of money.

Looks fake, though money might be real. How comes the ones taking the photo didn't call the cops? 3 of them, and none would think of using their phone to call. Seems like a video made for FB.

imkgoogo might not know that you must pay “REPORT FEE” to get any police service in Kenya.He/she should congratulate those who managed to record that important evidence instead of criticizing them.The person to challenge here is the GHOST CIC who the other day arrogantly barked that he is IN CHARGE(of insecurity).In this case-he had okeyed his two policemen to steal the money.

Trying to get their fraction of daily sh.2b b4 someone else gets ahead of them. Life is competitive

Well, UHURU, RUTO, SONKO, Raila, WAIGURU, KABOGO, kalonzo, kagwe and then are smarter. They were not caught on camera ripping Kenyans.
You have to cut the head of the snake to kill it.
REVOLUTION.