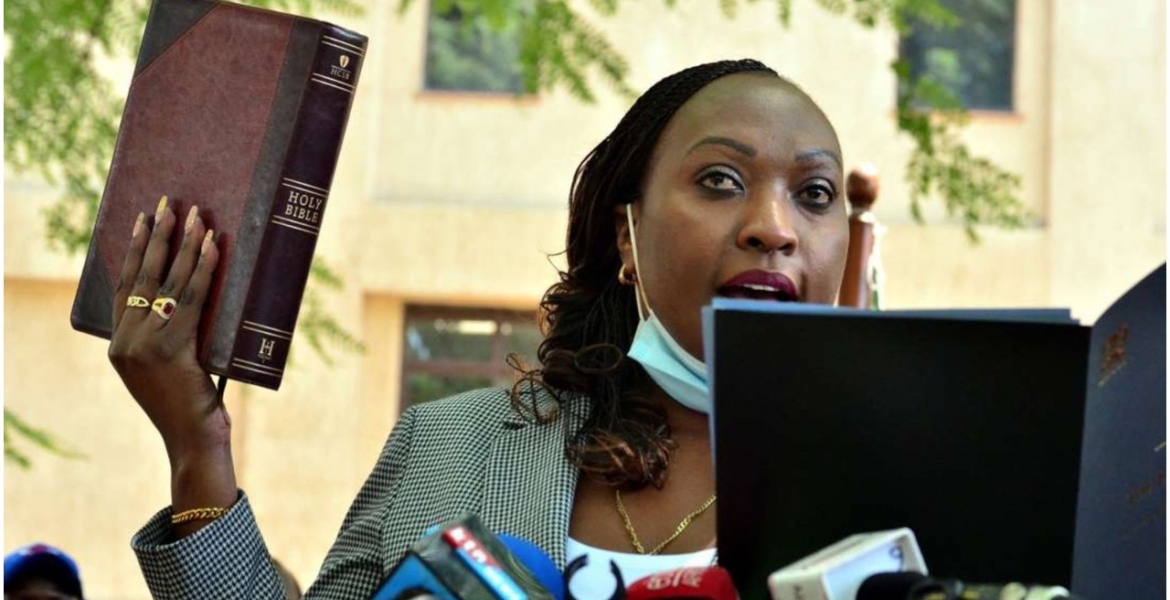 The High Court has stopped the swearing-in of Anne Kananu Mwenda as the Governor for Nairobi.

The temporary injunction was issued on Monday pending the hearing of a petition filed by the Kenya Human Rights Commission (KHRC) and Law Society of Kenya (LSK).

“We have secured a significant victory with the high court temporarily stopping the swearing-in & assumption of office of Anne Kananu pending the hearing of a petition filed by the KHRC & LSK. The court has just blocked the attempt at illegal subversion of our constitution,” KHRC said in a statement.

The order came hours after Kananu, who was sworn-in as the county’s deputy governor on Friday, took over as the acting Nairobi Governor.

Nairobi County Assembly Speaker Benson Mutura, who was holding the position following the impeachment of Mike Sonko handed over the instruments of power to Kananu in a ceremony held at City Hall on Monday morning.

Addressing journalists after the function, Kananu said a committee was already making plans for her swearing-in as Governor for Nairobi.

“We have the Assumption of the Office of Governor Committee that is working on the process. Once the process is done we will communicate,” Kananu stated.

Political parties, activists, and lawyers have questioned the legality of the process leading to the installation of Kananu as deputy governor.

She was nominated to the position by Sonko in January 2020 but her vetting was suspended pending the hearing and determination of a petition filed by voter Peter Agoro.

In his petition, Agoro argued that Sonko violated court orders by making the nomination, given that he was barred from accessing office after he was charged with graft. Agoro withdrew the petition early this year, paving the way for Kananu’s vetting.

On Friday, Nairobi MCAs vetted and approved her nomination before she was hurriedly sworn-in in a ceremony held at KICC.

Appointed to allow corruption to continue. Sonko blocked a lot of cartels... AKA Indians among politicians who grabbed land in Nairobi.. facts! He had a lot of information and that was an issue itself. Look so long as Kananu.. kananii is appointed.. 2 billion shillings lost everyday will continue!

Kenyan Supreme Court should learn something from other similar courts: Supreme courts do not issue "injunctions", they issue rulings. If its this important, Supreme Court can use written submissions to make the ruling. Its the wrong place to hold a trial.

Why is Nairobi a county in the first place if other more economically developed cities like 9m.NewYork,Chicago,Shanghai or even Cairo are run by mayors?Why is Uhuru imposing his girlfriend to Nairobians?I wish Uhuru added extension of his term like Museveni dipo ajionee akikaangwa na hio udynasty wake.