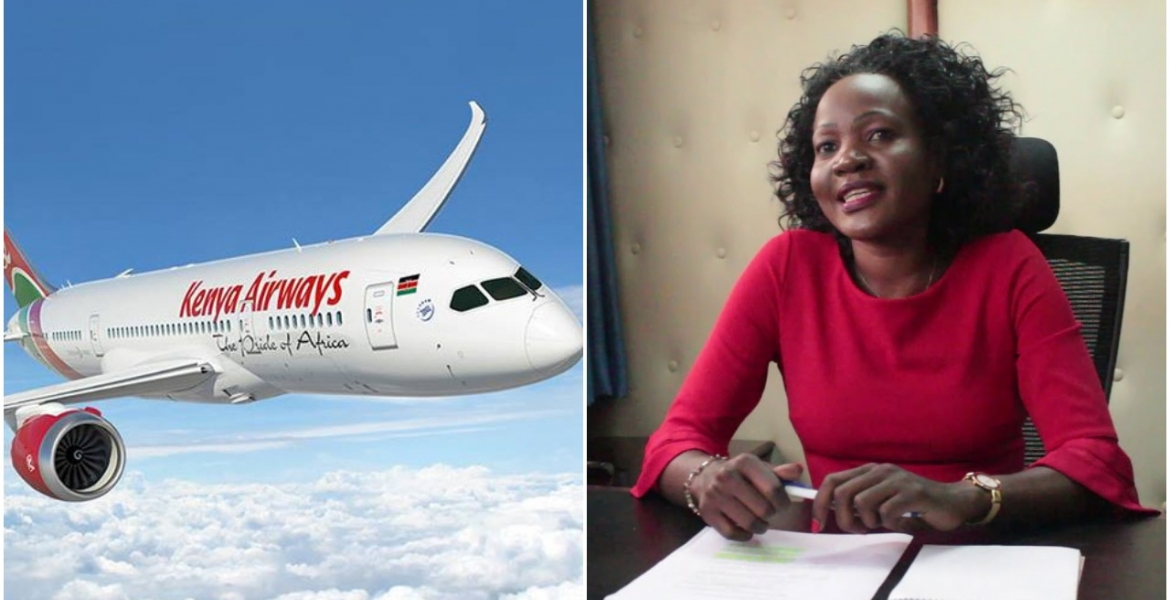 Nominated Senator Beatrice Kwamboka has moved to court seeking to have Kenya Airways (KQ) compelled to compensate her for moving her from business to economy class.

Kwamboka, through a case filed by lawyer Danstan Omari, says that on December 6th, 2020, she booked a KQ flight to Mombasa, where she was set to enjoy the festive season. She purchased three business class tickets, one for herself and two for her children.

On the day of travel (December 28th), she arrived at the Jomo Kenyatta International Airport (JKIA) ready to board the flight with her kids but was shocked to learn that her ticket had been sold to another client despite reserving and paying in advance.

“…the petitioner was shocked to learn that her seat had been improperly and to her inconvenience ‘sold’ to obviously another favored client of the respondent without first offering her an apology and a similar alternative,” reads the petition.

Senator Kwamboka notes that her children were forced to travel alone as she remained stranded at the airport for hours. Even though she got an alternative, it was an economy class ticket.

She argues that the decision to shift her from business to the economy class was without basis, adding that it offends her right to fair administrative action.

“The respondent’s action of transferring the petitioner from the business class to the economic class without her participation or consultation offends her right to a fair administrative action, and her right to receive in writing reasons for such an adverse action being taken against her,” read court papers.

The ODM nominated Senator wants the court to compel KQ to compensate her for the violation of her rights and fundamental freedoms under article 27, 28, 40, 46, and 47 of the Constitution.

She further asks the court to award her exemplary, and or punitive damages or such other relief as the court deems proper in the circumstances.

Yeah. How does KQ expect a senator - nominated one at that (appointed one, selected one, preferred one, privileged one) akae pamoja na manugu kwa economy class?
What’s wrong with KQ? They don’t get it. Do they?

'Manugu' part just killed it. How dare they

'Manugu' part just killed it. How dare they?

Nominated senator means you were not even elected just that someone decided to return a favor and bandika you with that title .So how dare you call yourself mweshimiwa.Stop trying to upgrade yourself so what will happen if you fly coach most probably your fellow passengers did not know who you are and if they did do not give a damn and as for the ticket agent or airline someone was willing to pay more for your seat hence the downgrade or perhaps they had more status or clout than you aka deeper pockets hence the preferential treatment.Tafakari hiyo madam pride does come before a fall utajibeba come 2022 Maringo pelekea mama yako.