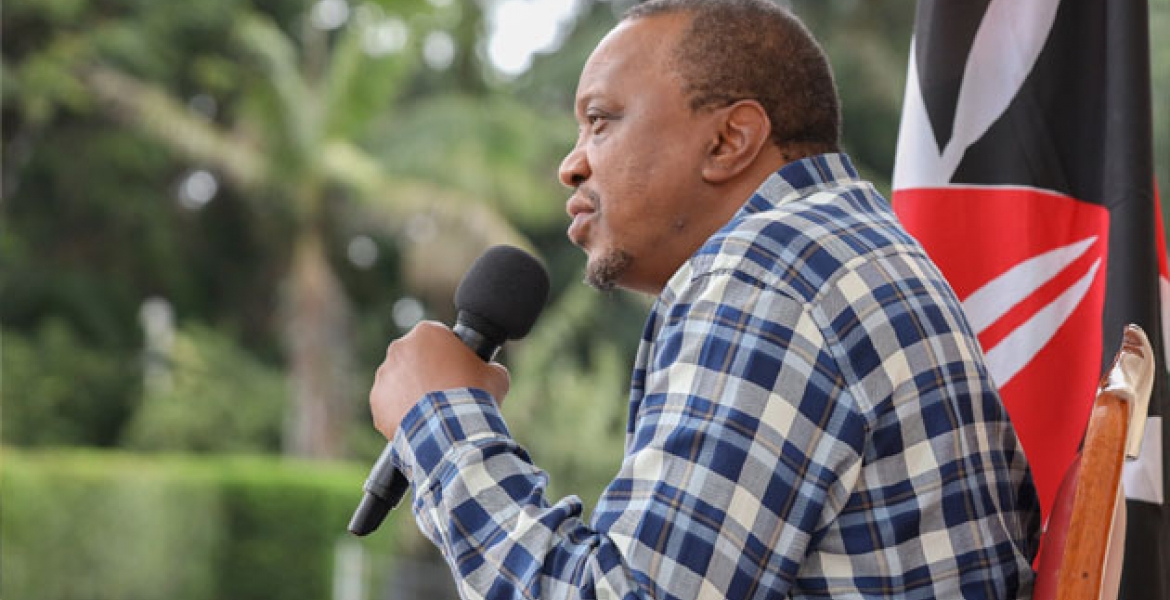 President Kenyatta has defended the government’s plan to spend funds on a referendum whose aim is to introduce changes to the 2010 Constitution.

Uhuru said the budget set aside for the Building Bridges Initiative (BBI) process is peanuts compared to what is embezzled by public officials.

Speaking during an interview aired on vernacular FM stations on Monday, the president indicated that taxpayers’ money amounting to Sh2 billion is stolen every day.

“The billions they steal in some of the projects that I will not mention are more than that (what will be spent on BBI),” Uhuru stated. “The amount they steal every day is more than Sh2 billion.”

Uhuru urged Kenyans to rally behind the BBI, saying people should look at its benefits against the cost of the referendum.

“We forget easily…but we can all recall the events of 2017 and later 2018 and the violence that ensued. I decided to reach out to those whom were competing with because a country is bigger than an individual and I even notified those we were elected with,” said Uhuru.

He also hit out at BBI critics, accusing them of peddling lies about the initiative and reducing it to personal war.

“The biggest mistake is about those doing rounds saying BBI is about an individual. I never said it is about 2022,” Uhuru noted.

Who is the president of Kenya?
Who is supposed to ensure ksh 2 Billion that is stolen daily is not stolen?

If Uhuru Kenyatta cannot stop the stealing of ksh 2 Billion per day in Kenya, he needs to resign.
The man has absolutely failed at his job.

This amounts to 40 Shillings from Each of the 50 Million unsuspecting Kenyans.

Look no further mr president! The thief is right next door to your office! Starting looking for the lost cash in your DP Ruto’s office! He is high prince of corruption in Kenya! His gummy hands stole everything!

What's he doing about it?

U snooze Mr president and Kenyans lose. U borrow they steal. Lamest duck of our lifetime. Keep snoozing n complaining to electorate till cows come home

Because of a Toothless leadership whose SIMBA President amenyeshewa mpaka kawa PAKA.

The president while campaigning for BBI says he knows the people who steal 2 billion every day. And that the money they steal is less than what BBI is calling for! Really Mr. president? What is you message here? Are you still in charge? Or we are waiting for BBI to fix this stealing. Don’t we have laws already to deal with this and especially when the president is a witness into 2 billion daily theft. These amongst form good grounds to impeach. The president without telling us who he knows are stealing 2 billion daily becomes an accessory to theft.

The Jogoo is Coming Home to Roost (too Late).

If I was Uhuru's mother I would go to each school he went to and demand the fees back. What kind of reasoning is that? Jameni this Uhuru is a disaster.

And this should come as a surprise? I actually thought they stole more than that every day. I’m glad he actually said it, to which I know he gets a cut. I pity the Kenya tax payers. They should do what trump supporters did. I would not pay another penny in tax after hearing this craziness.