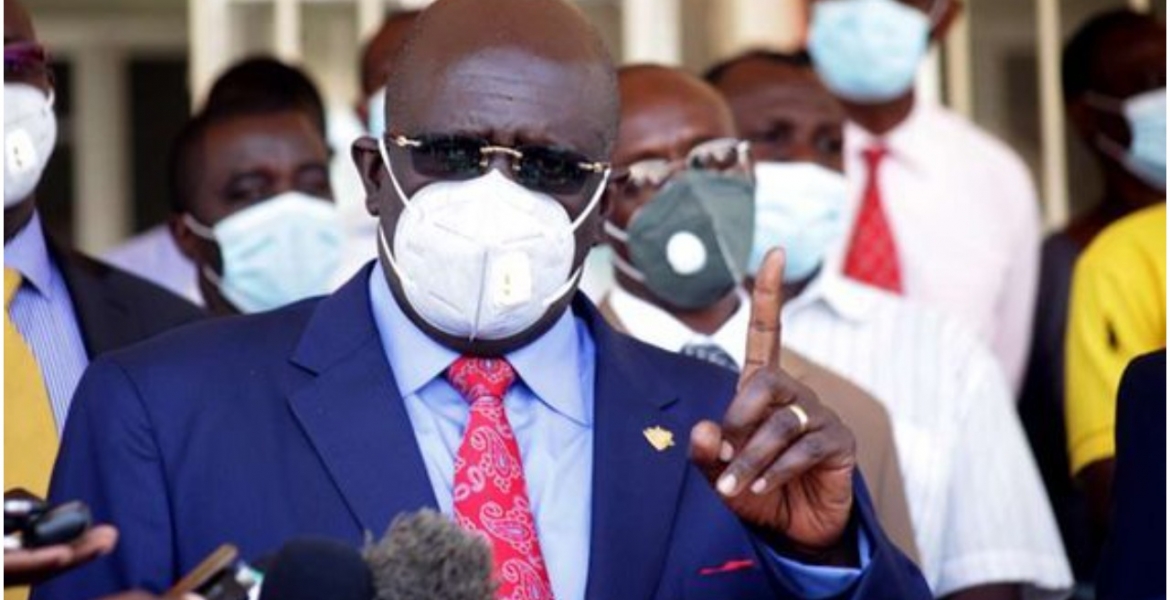 The government has banned students from carrying and using alcohol-based hand sanitizers in schools effective immediately.

Magoha, while addressing the press in Nairobi, said sanitizers pose a safety concern for students, citing an incident where the product was recently used to start a fire in a school.

“I want to tell teachers that they must not allow small-bottle sanitizers into schools. If any child has portable sanitizer, it should be taken and kept and given when the child is leaving school.”

“We have already seen that a fire was started using a sanitizer in one of the schools,” said Magoha.

CS Magoha also weighed in on the rising cases of students attacking teachers, saying parents are to blame.

"The problem is that parents are not giving their children tough love...because for nine months a child has been at home and you've been treating him like an egg and you expect the Principal to instill in him discipline, what do you think will happen?" he posed.