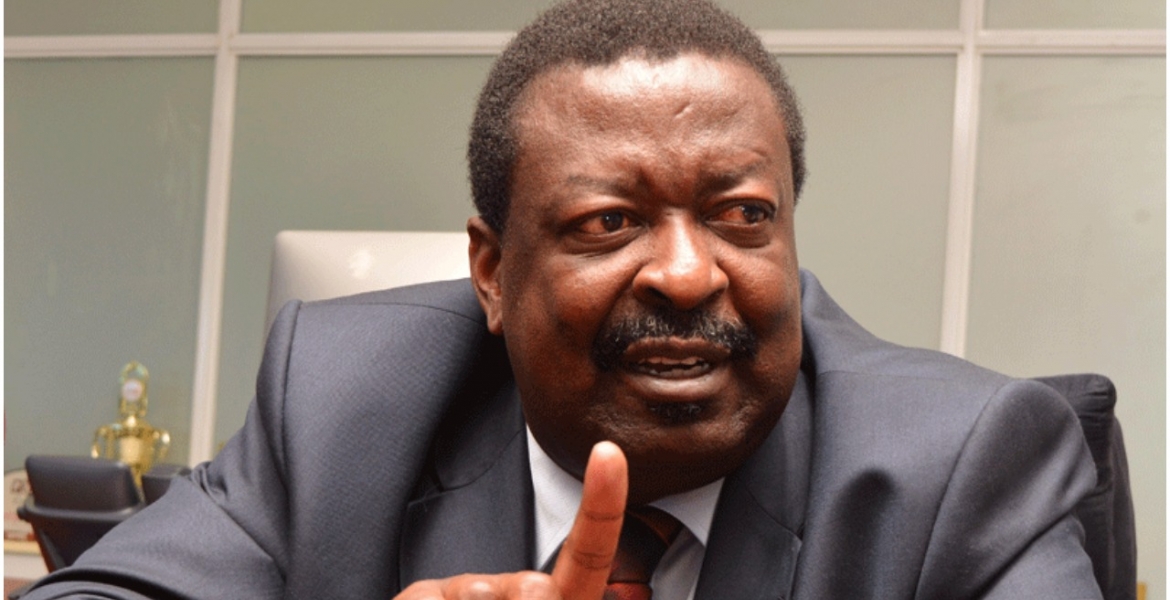 ANC leader, Musalia Mudavadi has dispelled claims that he is President Kenyatta’s preferred presidential candidate for next year’s elections.

Mudavadi termed as false reports that Kenyatta endorsed his presidential bid during the burial of his mother, Hannah Atsianzale on January 9th.

Speaking during an interview on Kameme FM on Wednesday, Mudavadi noted that Uhuru only initiated a conversation that it may be time for leaders from other communities to lead the nation.

“Uhuru has not endorsed me. He is a person who will never impose a leader on the people,” Mudavadi stated.

“There is nothing wrong with what the President said. If you have a good manifesto and qualities of a leader, Kenyans will elect you their president no matter your tribe.”

He stated that he will be on the ballot in 2022, and will seek votes from the Mt. Kenya region in due course.

“When the time comes, I will come back to ask for your support. For now, we should be discussing how to revive the economy,” added Mudavadi.

On Monday, President Kenyatta insisted that he has never declared support for any presidential candidate, adding that Kenyans will have the final say on the ballot.

“The truth of the matter is that I do not remember telling you to vote for any particular persons and giving any promises to anyone. When the elections come, we shall exercise our democratic right and we shall surely be evaluating each and every candidate on the ballot,” Uhuru said during an interview with four vernacular radio stations.

This is Uhuru's project. What has he done for himself or the maragoli? Nothing.

Deal were always done in bars and golf courses....
Making deals during burial is unheard of.
Damn hopefully we have not stooped this low.
LAKINI most will sell their mothers for cash.
REVOLUTION will be key to get these fools out.

Uhuru is using u to prop up kituyi. From suggestion of rotating presidency to Atwolis confidence u know easy going laid back Mulembe have things going 4 them.