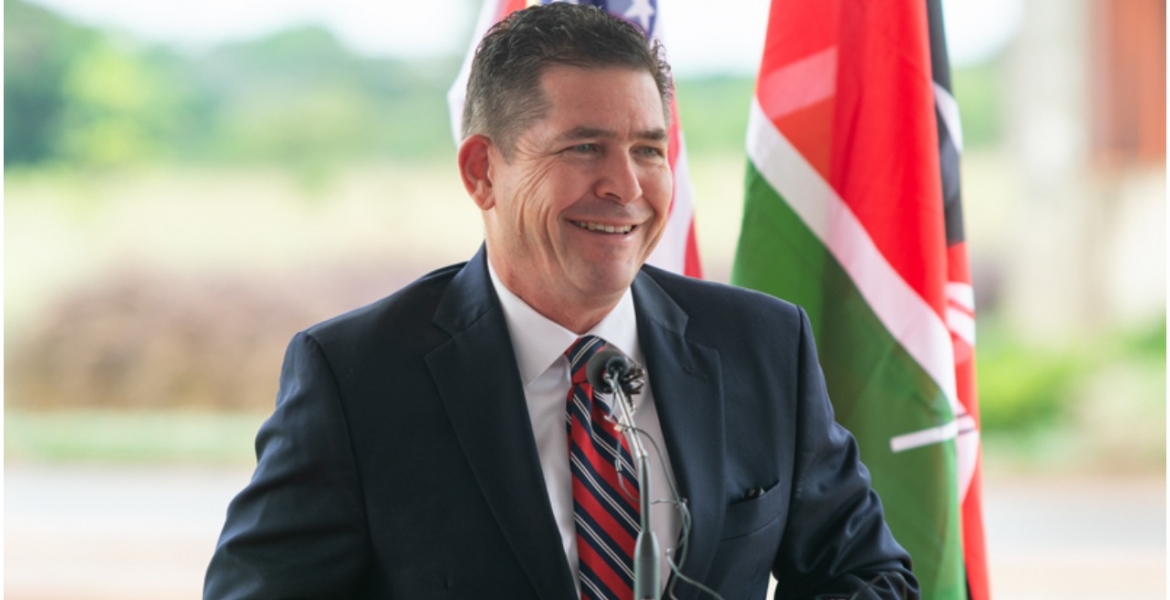 US Ambassador to Kenya, Kyle McCarter has bid farewell to Kenyans as he exits office after serving for two years.

McCarter, through a video posted on Wednesday, termed serving as the American representative in Nairobi as the greatest honor of his life.

“I am sad to announce that this privilege is coming to an end today when I will resign my post. And I am proud of what the two countries have achieved.”

“It has been my honor and pleasure to serve my country and the Kenyan people as balozi. Time to move on,” McCarter said.

He reiterated the US commitment to continue supporting Kenya to become a prosperous nation, adding that the ongoing negotiations for a free trade agreement between the two countries will benefit Kenya.

“The US will continue aid through education. The free trade negotiations will make Kenya more competitive,” he added.

McCarter was appointed to the position by President Trump in January 2019 to replace Robert Godec.

During his tenure, he has been vocal about runaway corruption that denies the country at least Sh800 billion annually.

The former Illinois Senator announced his resignation as the US ambassador to Kenya through an article published in local dailies over the weekend.

“Kenya has always been a part of my life. First through my father’s good works to bring health and education to children in need in Tharaka Nithi and then as Victoria and I continued his vision and Tharaka Nithi became a second home to us,” he said.

He added: “To return decades later as US Ambassador was the greatest honor of my life and an extraordinary opportunity to serve my country for the benefit of the American and Kenyan people.”

Positions are like coats...
You wear it today and someone else will wear it tomorrow.
Just think as to how you left the coat clean.