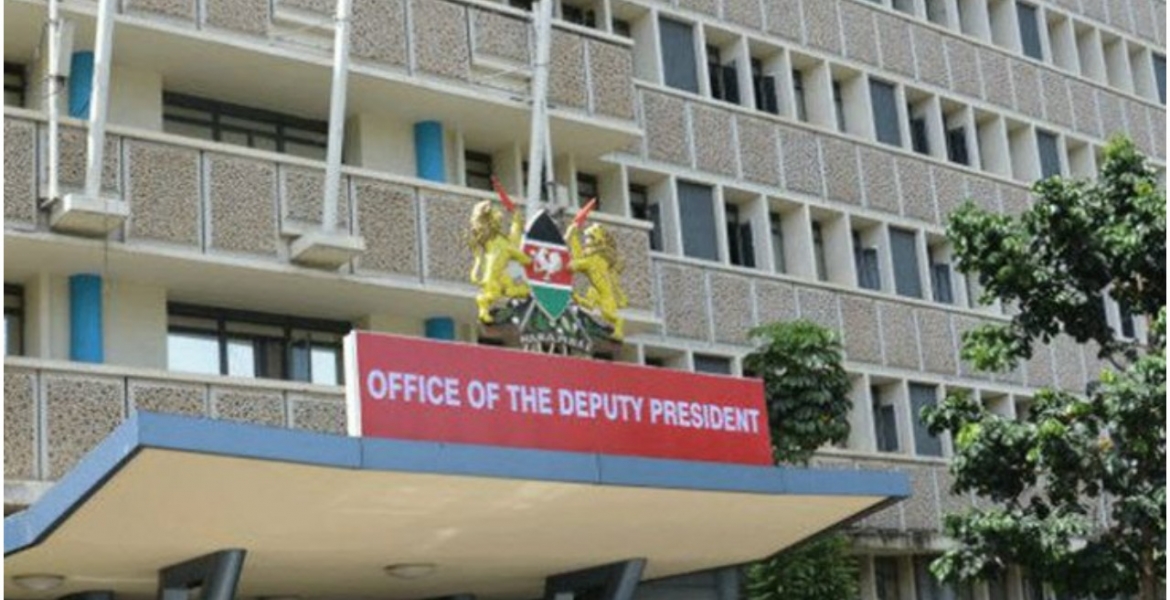 A businessman on Thursday narrated in court how he was tricked into signing a Sh260 million fake laptops tender at Deputy President William Ruto’s office.

Musinga and Musyoka are co-directors at Makindu Motors Limited, where each owns a 50% share of the company. They are the complainants in the fake tender case.

Musinga said that he was approached by Augustine Matata, one of the accused persons in the case, who asked him to apply for tenders at Ruto’s office.

On May 18th, 2018, he received an email indicating that Makindu Motors Limited had been shortlisted to take part in the 2018-2019 tenders.

Later, Matata called him for a meeting at Ole Sereni Hotel, where he was introduced to a woman named Miss Muhoro, who claimed she was in charge of procurement at the office of the deputy president. She also claimed to be the secretary to Mr. Wanyonyi, a purported assistant to Ruto.

At Ole Sereni, Miss Muhoro promised to organize another meeting in her office at Harambee House Annex to finalize the supplies tender.

On May 30th, 2018, Musinga and his co-director were invited to the deputy president’s office by Miss Muhoro, where they were picked by an unidentified man who took them to the third floor, Room 3, using the VIP lift.

The two found Miss Muhoro seated in the office and confirmed to them that they had won a tender to supply laptops for the Ministry of Devolution. She gave them a non-disclosure agreement dated March 30th, 2018, Musinga said.

Musinga told the court that the tender indicated that they were to supply 2,800 laptops valued at Sh269,000,000, with his co-director (Musyoka) agreeing to finance the project.

On June 28th, 2018, they found a supplier, and the laptops were delivered to Treasury Building as instructed by Miss Muhoro. Musangi said the laptops were received by one Christian Mwendwa, who signed the delivery note.

Musangi noted that delivery was made in trust that the laptops would be taken to Ruto’s office since they had had already been physically there during the meeting.

The seven are accused of offering a tender document under the name of the Office of Deputy President for the supply of 2,800 laptops with intent to defraud. The alleged offense was committed on diverse dates between May 30th, 2018, and August 12th, 2018.

The accused persons are also charged with making an LPO document purporting it to be a genuine Local Purchase Order issued by an assistant procurement officer at the Office of the Deputy President.

They are also charged with obtaining goods by false pretense. The court heard that the seven obtained the laptops, the property of Makidu Motors Limited, by purporting that they had a genuine tender document from the deputy president’s office.

Arap ruto in his usual scheme of conning using proxies.Simple maths:All that have resorted to sorround the deputy in his husyler talk are 90% criminals,thieves,con artists who have been implicated on numerous cases.

Arap mashamba Mwizi huyu ruto! He is the most useless thief in Kenya today! Just look at who Ruto hangs around with; crooked proxies with wide range of crimes of corruption, etc. Arap Mwizi is the true enemy of Kenya!

There's a similar case coming up, but this happened at State House. Who do we blame?

Ruto and corruption bear the same name of a known thief! Where are the kalenjin elders to refund the money Ruto stole! Nonsense!

The elders are the worst thieves. There is nobody that is honest in the kalenjin community. The elders taught Ruto to steal. Stealing is in the blood of the community!

Ruto uses his allies to con others in fake deals! Using the DP office to conduct criminal activities is illegal. There are decorum limits to what Ruto can do!

Ndugu Imara,you have raised a question that confounds my mind alot.Why are known thieves of public coffers walking,and working in our government?
How many would hire aknown thief to run their company? I dont understand ,why we the people let this go on.Certainly in this country of over 40 million people,we can find at least200,000 with integrity,and ethical principles to lead us.

Ruto and his Allies need to be Dealt with EXECUTION Style to Teach others a Lesson about Consequences of Corruption.

People conning others using big names or offices is nothing new. Life in Nairobi is all about hustling to get ahead. DCI watching?