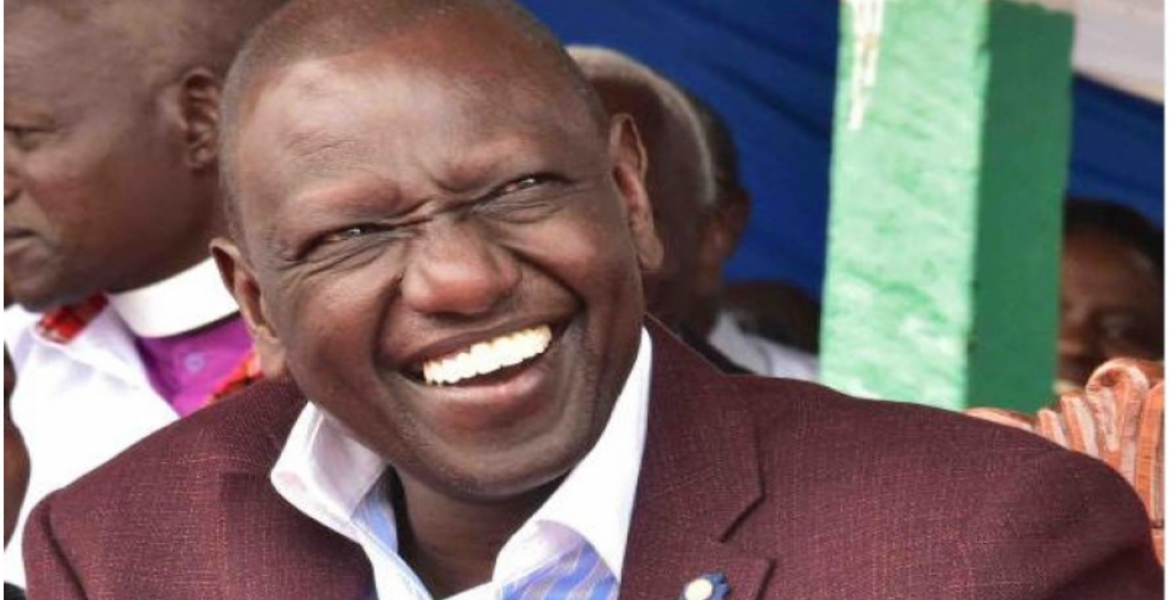 The council, which brings together all the 11 sub-tribes of the Kalenjin community including Nandi, Kipsigis, Tugen, Marakwet, Keiyo, Pokot, Sabaot, Lembus, Sengwer, Ogiek, and Terik, also crowned Ruto the community’s kingpin and spokesperson.

Nation reports that the move is a blow to Baringo Senator Gideon Moi, who has been rivaling Ruto for the mantle.

The Chairman of Myoot Council of Elders, Benjamin Kitur said the decision to endorse Ruto was out of merit, saying he has all the required traits to lead the community.

“There is no behind-the-scenes lobbying and the decision is arrived at after a lengthy consultation within the council. We deliberated on this matter the entire Sunday night and the 10 of us reached a consensus that Gideon should wait.”

“There has been a push and pull since 2016 on who should be the Kalenjin spokesperson. As community elders, we have taken this matter seriously and settled on DP Ruto, since he is capable of uniting us with other Kenyans and contesting for the presidency,” Kitur told Nation.

During the dawn ceremony held at Kapsisiywa village in Nandi County, Ruto was handed sacred Kalenjin leadership regalia known as Sambut, Kuutwet, Sharit, and Rungut in addition to Kumiat (honey), and a Kalenjin bible.

Hii Ngiri hamna? How many elder spokespeople have the kalenjins appointed? They seem not to have made their mind, settling for this mega conman kenya has ever seen! Ngiri!

This is gamut of idiocy! Whom did these handful old idiots consult prior to arriving at such a dangerous general conclusion? We, the nine elders are saying a big NO ago the thief! He doesn’t represent our values & needs!

While you’re at it, please be reminded that he got elected with over 8 million people and he still represents the all the Kenyan community until year 2022. That I assume includes yourself.

The only thing kikuyu and Kalenjin leaders have to offer is looting of public funds, landgrabbing and tribal clashes.

But Ruto has accepted the art of killing those he still their land - Muteshi family bears witness to this fact!

You are trying hard to fill up your idiocy , with different pseudos hoping that it gives credence to the nonsense you spew. Ole Moran , sally, mergrer( thinks was supposed to be Magerer) Seroney, and other mandazi names are all from you.
The good thing is that you only have ONE vote.

The kalenjin community loves their thief and will die by his feet as they compromise integrity in Kenya! The good thing out of this, they don’t have the votes to make him president. Nothing new here!

You are right! If look at it as a tribal bigot then you will realize that the kikuyu, the Luo, the Kamba, the Luhya like and all the other tribes like their thieves too. Only if you were genuine in fighting graft, you could be against all that are serving in Kenyatta’s government. Today as we speak 2 billion is stolen and the president knows about it!

Last nail on During dynasty GMO coffin for now. He has 2 wait 2032 turn

Kenyans know a thief when they see one! Ruto will still everything include the dogs, cats, and chicken! He will even still the free birds of the air.

The elders can climb Mount Sotik to bless their corrupt son but that won’t change a thing! Ruto does not have what it takes to lead Kenya!

I'm betting a million dollars He will be CiC. He's chosen despite character flaws. All politicians are dirty coz politics is filthy

To the elders - keep your corruption in mogotio - we don’t want your damn Ruto! How dare present a thief to Kenyans!?

What is happening in the Rift Valley is purely oath taking by the kalenjin community against other tribes! The elders have no shame to install a man the know he murdered several Kenyans in 2007.

They are doing the ritual with a hidden motive to kill those they call madowadowa after 2022! The elders want Ruto to finish the job ICC stopped him from doing!

Nobody should be fooled by this act! It is not normal for a criminal to endorsed by the elders; those very old men who stood by watching Ruto butcher women and children in Kiambaa and fry them to encircle the Kalejin rituals. The elders are still cerebrating the death of many Kikuyus in 2007. We must be vocal about Ruto’s intents!

They are sending us the same doomed message in 2021 and no one should rest easy or take Ruto’s endorsement lightly! It has all the hallmarks of 2007/8.

Frankly speaking, this is all the reason(s) why Uhuru does not have faith in Ruto becoming president. So, wake up people and follow Uhuru’s lead! He will not support Ruto for the presidency! So why should you!?

Well I know people died but then all the time you are in Kiambaa and kikuyu. The most people that died are Luos. They were killed by the then government using police. Luos died more than Kikuyus. I fail to understand why you blind about it. Or is it because you are just mwaura? Try to be fair to everyone.