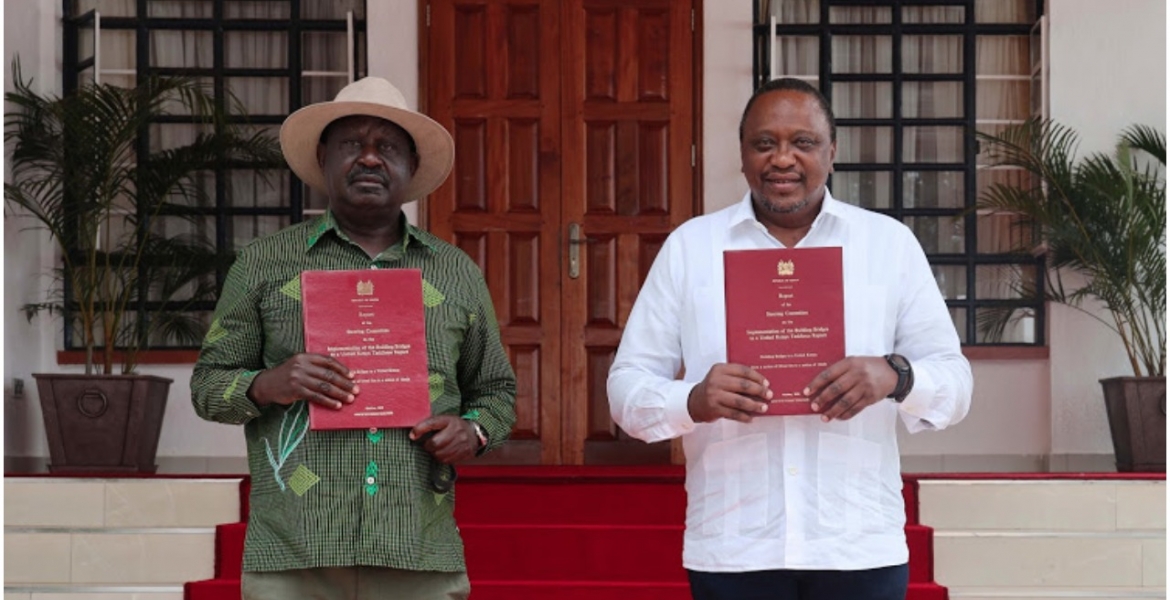 President Kenyatta and ODM leader Raila Odinga are among the people whose names are missing in the list of verified BBI signatures published by IEBC.

IEBC Chairman Wafula Chebukati urged Kenyans to verify whether they were listed as supporters of the initiative without their consent.

Those who wish to file complaints are required to write a letter to the commission’s acting CEO Marjan Hussein.

“The duly signed objecting letter containing Name, ID number, and contact telephone number should either be scanned and emailed to RPIT@iebc.co.ke or dropped at the IEBC offices, Anniversary Towers, 7th Floor, University Way, latest by 5:00 pm on Monday 25th January 2021,” IEBC said in a statement.

Uhuru and Raila’s names were found to be missing in the published list despite being the first BBI supporters to append their signatures. The two launched the BBI signature collection exercise at KICC in early December.

But IEBC Director of Voter Education and Communication Joyce Ekuam explained that the validation process is not yet complete.

On his part, Chebukati said a “full list of supporters shall be published at the end of the exercise.”

The BBI Secretariat headed by Dennis Waweru and Junet Mohamed submitted a list of 4.4 million signatures to IEBC on December 10th, 2020.

BBI should be rejected by all Kenyans.