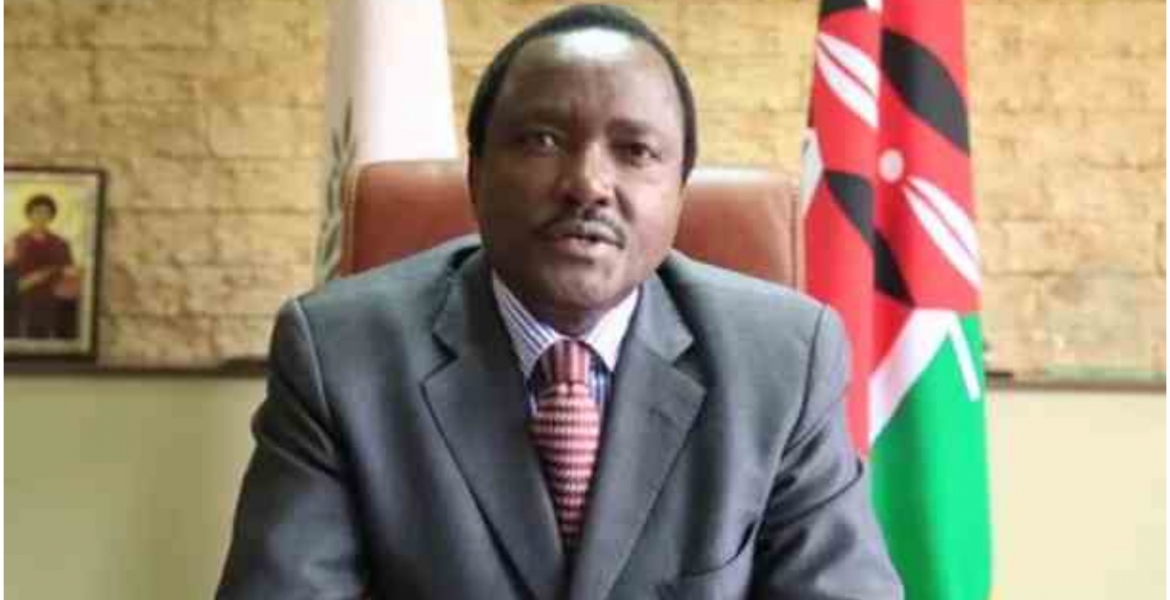 Wiper leader, Kalonzo Musyoka on Friday presented himself at the Directorate of Criminal Investigations (DCI) headquarters in Nairobi.

Kalonzo was there to clear his name following Deputy President William Ruto’s allegations that he grabbed his 200-acre parcel of land in Yatta from the National Youth Service (NYS).

“I own the land legally, the claims by the Deputy President are outrageous and I challenge him to substantiate his allegations,” said Kalonzo.

Kalonzo said he presented legal and official documents indicating how he acquired the said property.

On Monday, Kalonzo rubbished Ruto’s claims, saying he is a man of integrity, even as he invited the DCI and EACC to investigate the matter.

“The allegations are a cheap and a desperate attempt at character assassination… I have nothing to hide and I today challenge the authorities to open an investigation into this matter.”

“I am today presenting myself for a thorough investigation by the Directorate of Criminal Investigation as well as the Ethics and Anti-Corruption Commission, I want the matter settled once and for all," Kalonzo stated.

He has challenged Ruto to follow suit and voluntarily appear before the DCI for scrutiny on his wealth and the many scandals in which his name has been mentioned.

“As a public officer entrusted with the responsibility of Kenyans, DP Ruto must open himself up to a lifestyle audit and declare his wealth,” said Kalonzo.

Kalonzo wants Ruto to come out clean on how he acquired the land on which Weston Hotel sits, and large tracts of land in Taita Taveta County.

He also wants him to explain his role in the Arror and Kimwarer dams scandal, and fake arms deal where one of his bodyguards was murdered.

Theatrics, that’s all it is. Who is he kidding.

The head at dci is already compromised. He has been circling around the Dp trying every sort of thing to either defame or implicate him in any crimes. He is obviously going to give the watermelon a pass and try to disprove the Dp. Other agencies should look into this matter.
Put the whole land transaction in public domain and this way we the public can make judgments.

There was a time when high court ruled(upheld later by appeal court) that the president had no powers over any land in Kenya.The judgement still stands and Kalonzo might loose the grabbed land if someone petitions the high court.Muuaji Raila sold/conned his grabbed MOLASSES PLANT to an absent,unsuspecting British/Indian family immediately after the court verdict.

Kalonzo - how come you did not take Ruto with you to the dci? It is widely known that Ruto has a lot of corruption cases to answer - such as the Muteshi land, etc!

Ruto is using kalonzo to deflect his eternally corrupt nature. It is the case of the black pot calling the kettle black!