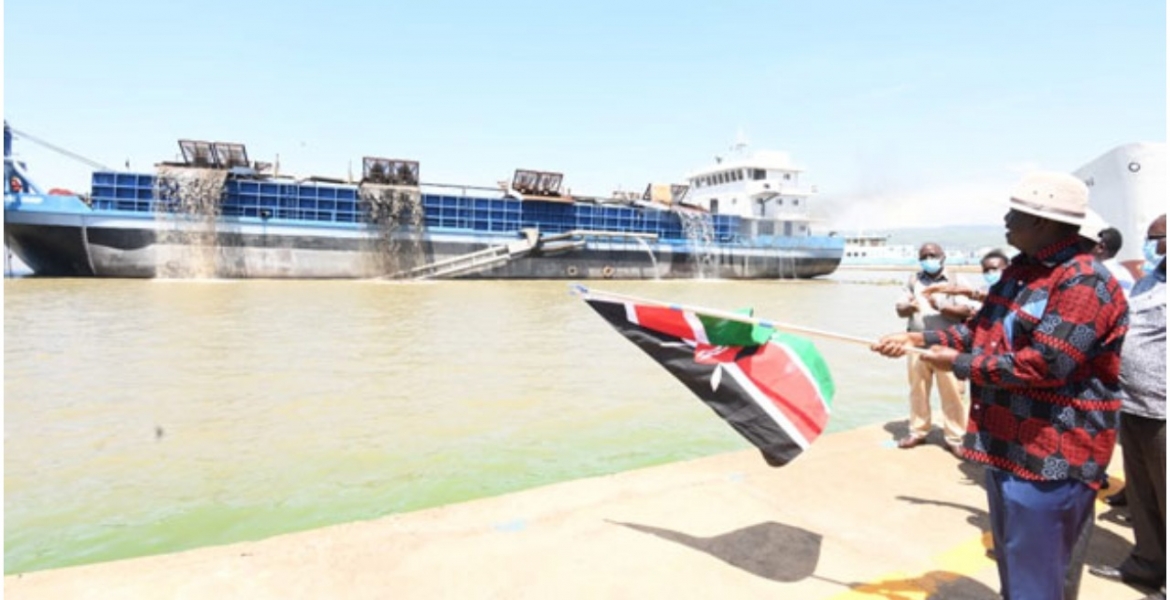 ODM leader, Raila Odinga on Saturday launched the dredging of Lake Victoria in preparation for the official opening of Kisumu Port.

The dredging is part of the efforts to allow larger ships to dock at the port, which is being renovated for Sh3 billion.

The harbor has remained dormant since the collapse of the East Africa Community (EAC) in 1978.

Speaking during the commissioning of the dredging exercise, Odinga said the revival of the port and the meter-gauge railway line to Kisumu will boost the region’s economy.

Odinga, who is the African Union High Representative for Infrastructure Development in Africa, said the dig up will expand the port’s length by 400 meters, allowing over 10 ships to dock at a go.

He added that an oil jetty at the facility will serve many vessels ferrying fuel to neighboring Tanzania and Uganda, hence creating business and job opportunities.

“All those feeder ports are also going to be rehabilitated so that smaller boats can go to those ports to take goods and be taken to other destinations,” he added.

He was in the company of Ethiopian Ambassador to Kenya Meles Alem, and Kisumu Governor Anyang Nyong’o.

Soil EROSION from Kibaki RURAL roads in the Lake region are the Depositors of SILT in the Lake (upon which Uncalled for Vegetation grows in the Lake). Therefore, pliz 1st Fix those Access but PATHETIC roads first to Mitigate or Curtail the RUN-AWAY soil Erosions that Ends up in the Lake). And also REBUKE those PATHETIC Contractors who seem Up to Nothing EXCEPT the Money.

@ Guest1 you hit the point. Nib the cause of the problem first.

Good deed for the people Mr Raila. This and many are what you were supposed to have been doing some years when you joined politics.
This one however is a little suspect coming out about election time. Most politicians are out in a rush right now to initiate projects.

True. Money-eating gimmicks... show- time is here....money will be allocated and eaten... the project will not see the light of day.

He could not fix this while he was Pm. Raila kuchelewa na maendeleo