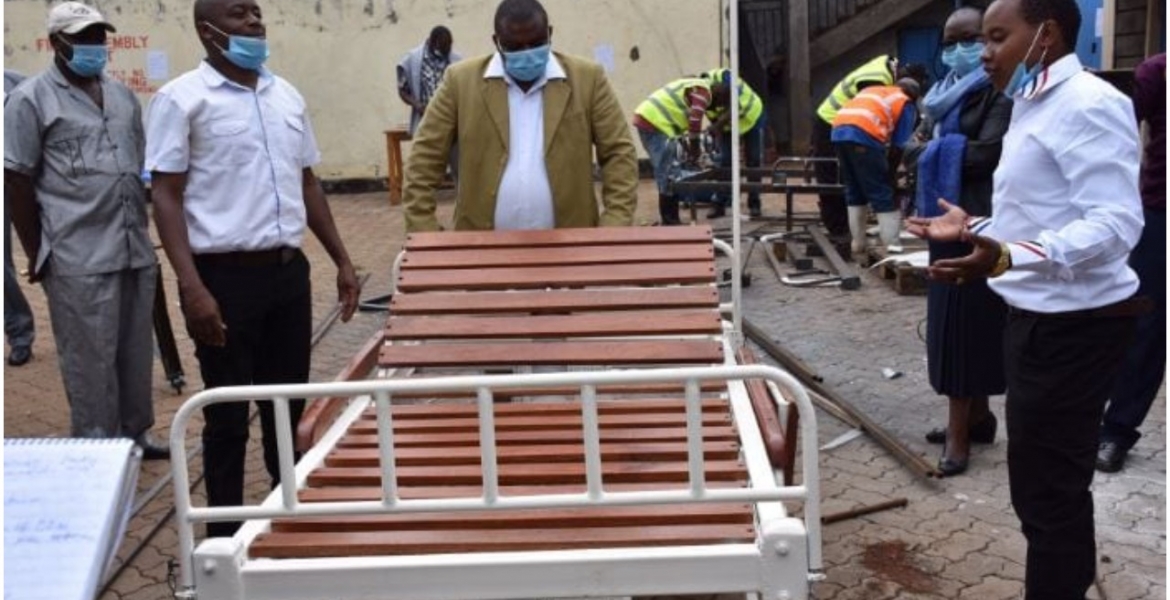 The government has explained why it reneged on its promise to procure 500 hospital beds from two Kenyan young innovators.

In July last year, the government offered to buy the locally-manufactured standard beds at Sh68,000 each from the two Kiambu-based innovators, Mungai Gathogo (26), and Joseph Muhinja (35).

The two were given 45 days to deliver the units following President Kenyatta’s intervention.

In a recent interview, the two said they incurred losses amounting to Sh3.5 million after the government hoodwinked them, a claim that sparked outrage from social media users.

But the President’s Delivery Unit (PDU) Secretary Andrew Wakahiu, who was in charge of the process, said the deal was canceled after obtaining intelligence that Gathogo was facing at least three cases of fraud and obtaining money by pretense. There were also wrangles around the ownership of the company behind the beds.

“After we visited and made the offer, then vicious arguments on the control and management of the company between the two innovators and a man who claimed to be the real owner of the firm and that he had only contracted the duo to help market the beds emerged,” Wakahiu explained.

On Sunday, Wakahiu and his team visited their workshop in Githunguri to buy the beds the two claimed to have made, to help them clear the debts they incurred.

A lorry hired to ferry the beds returned empty after it emerged that there were no such goods despite Gathogo’s repeated claims in the media. There was no evidence of any activities at the workshop.

“We came here prepared to buy all the beds and other materials these young men claim to have made or procured. Regardless of the controversies around the young man and the firm’s ownership, as a government, we don’t want their lives ruined by debt,” Wakahiu said.

Records at Githunguri police station indicate Gathogo has three pending criminal cases relating to obtaining money by false pretense and disappearance of a vehicle he had allegedly hired.

Wakahiu said they learned Gathogo was arrested after allegedly conning a Nakuru man Sh800,000. He was locked up at Githunguri police cells for three days and was released after his father refunded.

We see fraudulent activities by government officials all the time,and usually the dispute is over products and or service not delivered after cash was dolled out.
History does not always predict the future,but we cannot ignore it lest we repeat it.This Gathogo fellow is a criminal,and his crime has to do with swindling some man out of Sh 800,000. Could it be that he is the one who tried to hoodwink the gov.?I find it ridiculous if true that alorry was dispatched to pick nothing. With ubiquitous camera phones ,why couldnt he take pictures of the beds?
My guess is that the "criminal"wanted to make the beds but had to get the cash first.Inflated ofcourse.The "inflated"portion was to be shared equally but they could not agree on this,and thus this is the current status.Yes reputation matters.Truthfully,who would want to do business with Gathogo knowing his past crimes?Well another crook who would intend to out do him in hoodwinking.Who out "winked"who.Gathogo was out "winked"
It is said that there is honor among thieves.Not this time.