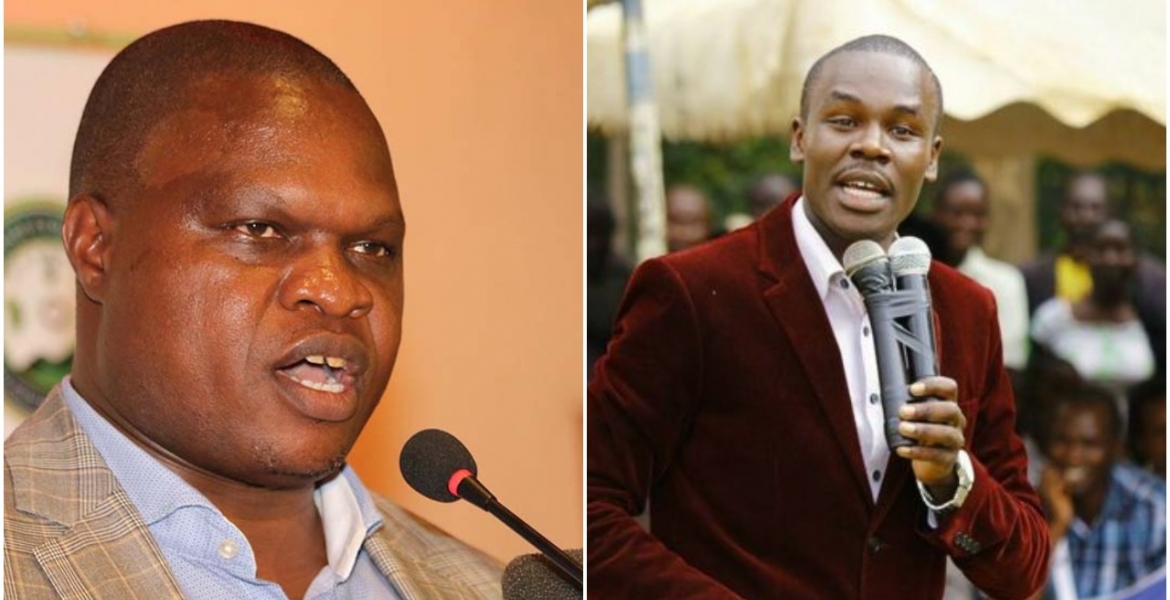 The two were separately apprehended by officers from the Directorate of Criminal Investigations (DCI) and driven to DCI offices in Kisii for questioning.

Maangi was arrested at Kisii High School while waiting to receive Deputy President William Ruto, whereas Osoro was arrested at Gusii Stadium, where the funeral service was held.

Maangi and Osoro are accused of planning to disrupt the funeral ceremony, according to reports.

A fortnight ago, MP Osoro and his Dagoretti North counterpart Simba Arati exchanged blows during the funeral ceremony of Abel Gongera, the father to Kisii Deputy Governor Joash Maangi.

Arati was addressing mourners when Osoro stormed the podium and attempted to grab the microphone, leading to a scuffle. Osoro was irked by Arati’s remarks about Deputy President Ruto.

Illegal arrest and detention. The terror that used to happen during Kanu days is back! You find police arresting and detaining people just because of hear say, rumors or matiangi and dci chief had a dream.
Nowadays you find so many cases in court born out of imagery perception instead of reality. You will find police asking judges y to o give them time for investigation after the arrest instead of vise versa. Or police arresting and releasing without cause.