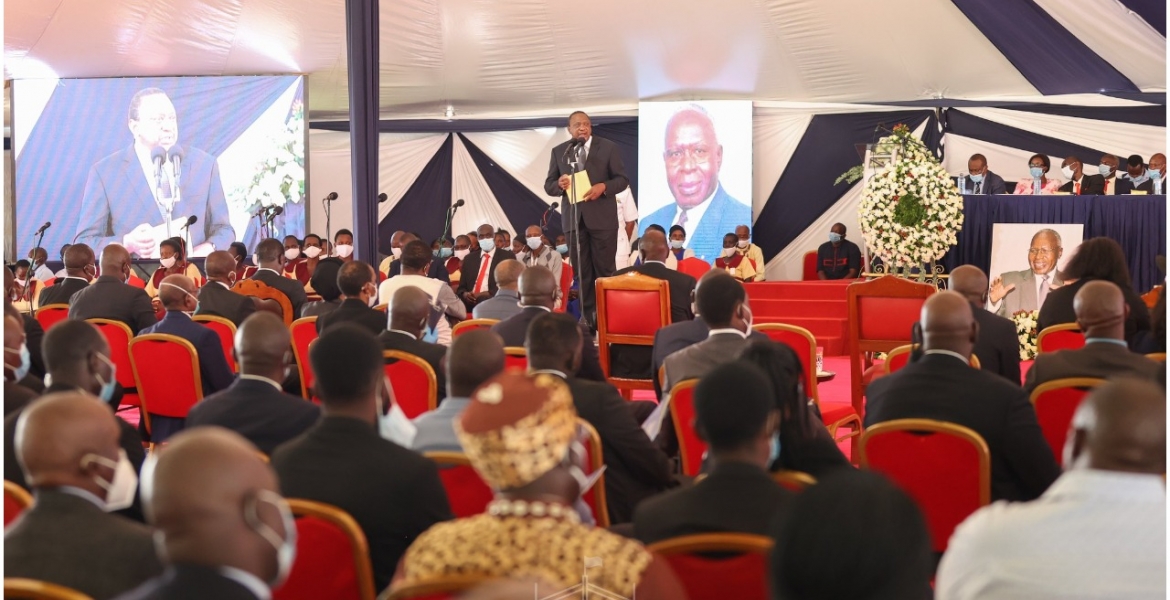 President Kenyatta has announced that Gusii Stadium will be renamed after the late former Cabinet Minister Simeon Nyachae.

Speaking during the funeral service of the late Nyachae on Monday, Kenyatta said the government will allocate an additional Sh150 million for the upgrade and completion of the stadium.

"In his memory and to fortify our appreciation for this great son of Kenya, as a government we have considered it fit to rename this stadium (Gusii Stadium) to the Simeon Nyachae Stadium,” Uhuru told mourners during the ceremony held at Gusii Stadium.

He added: “And to ensure that this stadium is completed by the end of this year and to an international standard, we will allocate an additional Sh150 million to the county government.”

Kenyatta eulogized Nyachae as an honest man, who always did what he expected of others.

Nyachae, 88, died on February 1st at the Nairobi Hospital after a long illness.

Nyachae was your mentor's lieutenant.
You are the king of thieves, so renaming the stadium after him,ain't a bad idea...
Your families own Kenya.

Doing what dictators do. He can name his house after nyachae. Bullshit