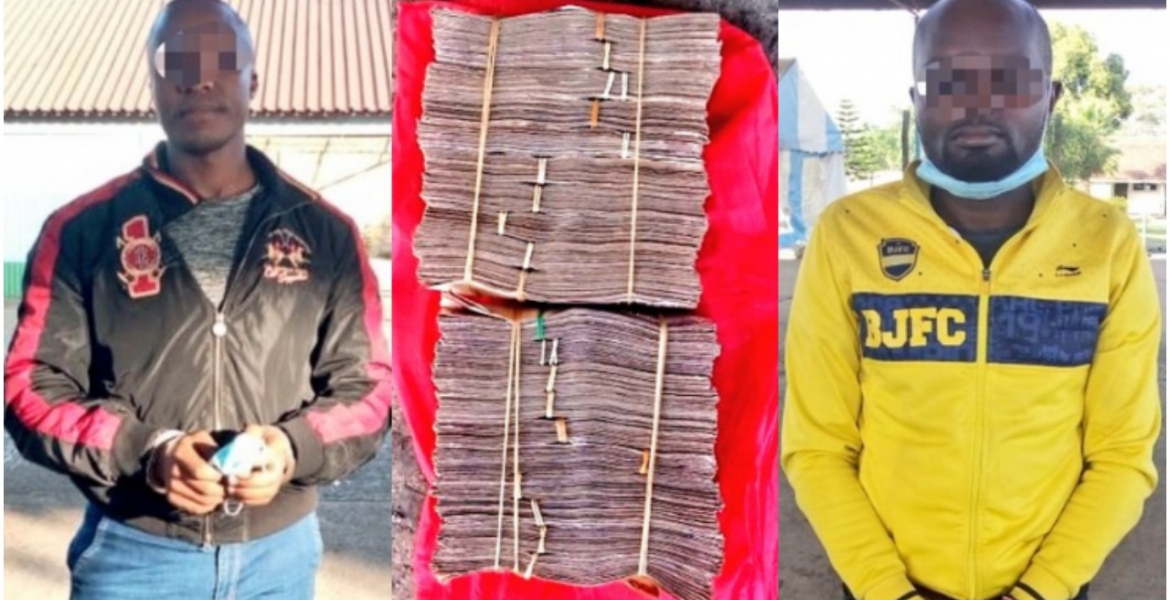 Two more suspects have been arrested in connection with the robbery of Sh15 million from a Chinese national in Nairobi.

Kinyanjui was intercepted aboard a Toyota Vanguard registration number KDB 181P, with detectives recovering Sh2 million in cash from the vehicle.

Kuria did not have any cash at the time of arrest, but detectives established that he recently deposited Sh1 million in his Equity Bank account.

Police believe the amounts are part of the Sh15 million stolen from Chinese national Wang Daoli, while the impounded vehicle is suspected to be the one captured on CCTV at the scene.

On Saturday, detectives arrested four suspects, including Wang’s driver, supervisor, and house help over the theft. The four were identified as Kelvin Kimathi, Purity Achieng, Benard Ndiegu, and Serah Wanjiru.

Daoli is reported to have left the money in a safe inside his house in Lang’ata on Thursday before joining friends at a party to celebrate China’s new year. When he came back, the safe was missing.

Investigators are treating the robbery as an inside job since there were no signs of a break-in.

I'm almost impressed that they pulled this off, although they didn't really get to enjoy it. "Money made in Kenya belongs to its citizens"...That's probably the reasoning they used. If one feels obligated to steal, don't steal from China men or your Mom. Don't steal, period.

Who keeps 15 million in a safe.If you do not trust Kenyan banks chances are because this money was earned illegally.Probably not paying any taxes good thing you lost it serves you right