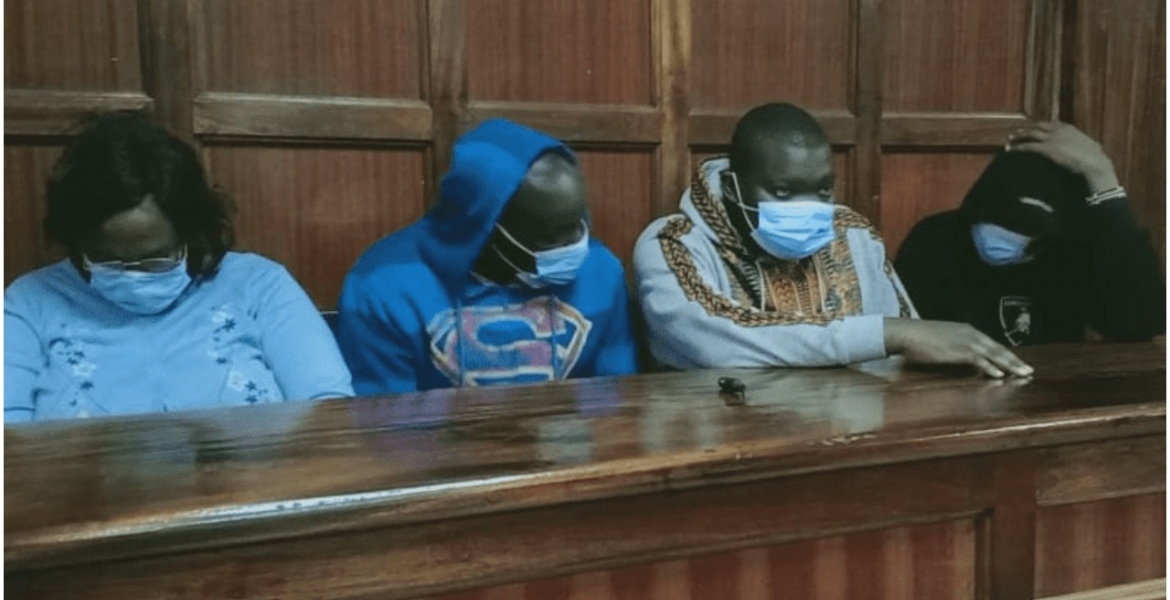 Four suspects were on Tuesday arraigned at Milimani law courts in Nairobi for allegedly stealing from the dead.

Two of the suspects, Muguna Mutembei and Ayugu Eugene Shivachi, were charged with 12 counts of stealing Sh2.8 million from Amos Ngata Muiruri, a Nairobi-based businessman who died in November 22nd, 2020.

The court heard that the two stole the money from the deceased’s bank accounts held at KCB, Equity Bank, and NCBA.

They pleaded not guilty to the charges and were released on a cash bail of Sh500,000 each and directed to avail two contact persons.

In the second file, Mutembei and Shivachi were charged alongside Morris Koome Riungu and Jane Wacuka Gathogo with stealing 39 sim cards from different subscribers, mostly deceased. The four denied the charges and were freed on Sh200,000 cash bail each.

The phone number used to clean up Ngata’s bank accounts was the registered line of PCEA secretary-general Rev. Peter Kania, who succumbed to COVID-19 complications on July 26th, 2020, according to the Directorate of Criminal Investigations (DCI).

The fraudsters also stole Sh500,000 from Rev Kania’s bank account without the knowledge of his widow and his children.

“The syndicate mostly targets wealthy individuals–especially those who have died and their families placed their death announcements in newspapers. They also target telephone lines of the elderly and those who have traveled abroad. They normally strike soon after the person dies and before the family establishes the exact wealth in the deceased’s bank accounts,” the DCI said in a statement.

“Detectives have established that dozens of other Kenyans have been defrauded by the multi-faced gang.”

The only reason they were caught was because they didn't involve DCI agents.
They should have bought PROTECTING,
Just like the politicians are doing.

So they are targeting disaporans too. Shenzi kabisa