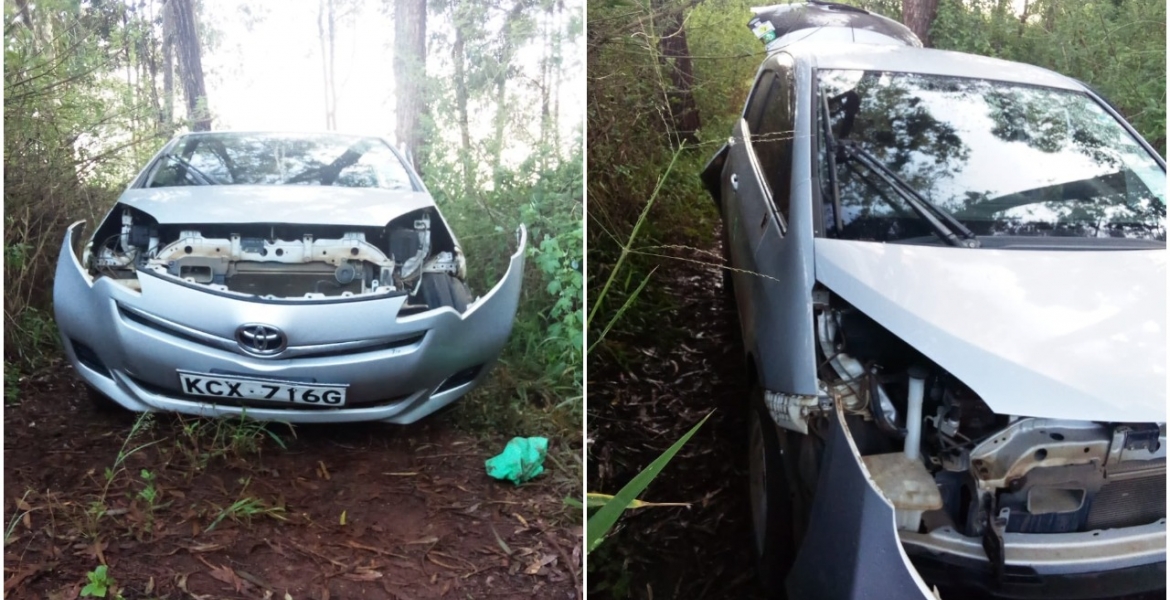 Five people believed to be members of a gang that has been terrorizing taxi drivers in Githurai, Ruiru, and Kirigiti areas have been arrested.

The DCI explained that one of the gang members poses as a customer but once inside, he grabs the cab driver’s neck from the back seat and commandeers the vehicle to a secluded area where he is joined by his accomplices. They then assault the driver and rob him of his valuables before vandalizing the vehicle.

On February 10th, one of the criminals used a fake identity to request a taxicab from Githurai Kimbo to Kirigiti to purportedly pick his ailing mother, who needed urgent medical attention.

On reaching Kirigiti where they were supposed to pick the ailing woman, a male adult emerged, entered the vehicle, and directed it to Sasini coffee bushes where three other accomplices joined them. They vandalized the car and made away with several parts including headlights, taillights, side mirrors, mirror switches, car battery, and the spare wheel.

The gang is also reported to have carjacked two other taxi drivers similarly and robbed them of their valuables before destroying their vehicles and abandoning them in Mwihoko at night. The DCI said three of the suspects are former convicts of capital offenses such as robbery with violence and murder.

Detectives believe the gang works with a specialized mechanic, who vandalizes a vehicle within minutes, and a customer relations expert, who lures unsuspecting taxi drivers to their trap.

A vehicle allegedly used by the gang, assorted keys, screwdrivers, a mobile phone, and original identity cards belonging to victims were recovered during the arrest.

The five were arraigned in a Ruiru court on Tuesday and were detained for 10 days pending completion of investigations.

This group doesn't sound like hardened thugs like DCI wants us to believe.
It doesn't make sense that all they want are batteries, headlights etc..
Something isn't adding up.