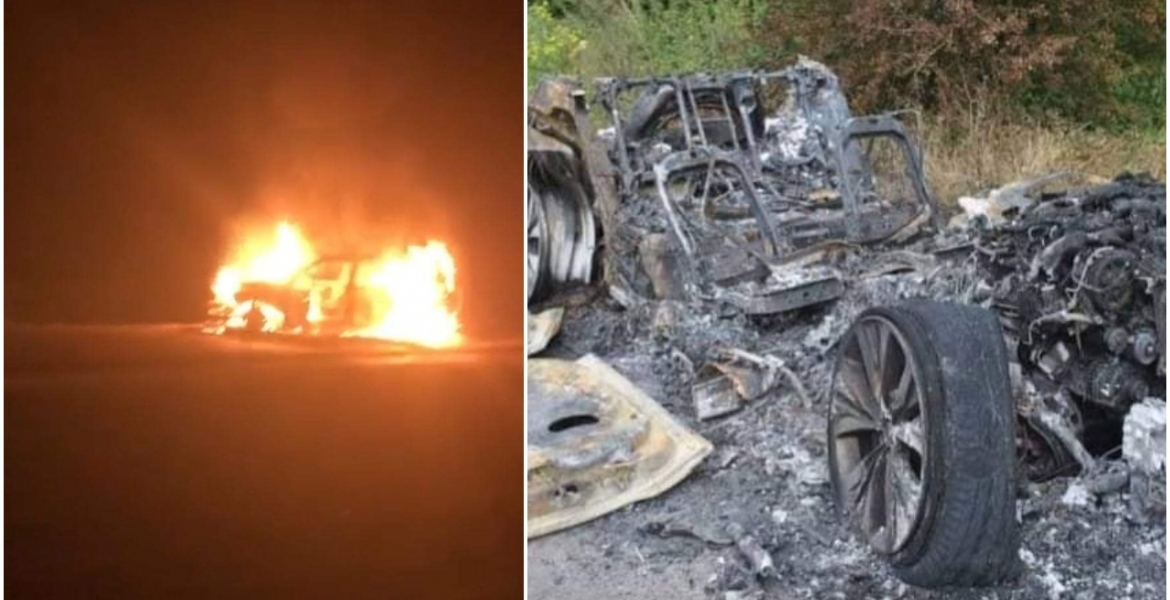 Kisii Deputy Governor Joash Maangi’s car was on Wednesday night torched by an irate mob in Narok County following an accident that claimed the lives of two people.

Maangi says he was traveling to Nairobi from Kisii in the company of his driver and bodyguard when the accident occurred at Oloolung’a area along Narok-Bomet road.

“My driver was driving my official car as we were on our way to Nairobi when the bodaboda operator abruptly joined the road from a bushy path and quickly turned towards us hitting the car head-on,” he said.

The bodaboda rider identified as John Sanyo and his eight-year-old son died on the spot while Maangi, his driver, and bodyguard were unscathed.

An incensed mob at the scene took the law into their own hands and set the Toyota Prado ablaze after overpowering police officers, who tried to contain the situation.

“The irate mob overpowered the police that had rushed to contain the situation,” Maangi said.

The bodies of the deceased were moved to Narok County Hospital as investigations into the incident continue.

I blame elites and govt for ignoring bode ppl coz they are poor. They never bothered till to date to help them with traffic rules. No regulation or riding education offered despite daily motorbike accidents. Even building of roads the focus is on automobile focus instead of ppl focus

I beg to differ the people who burnt the vehicle were only venting their frustrations.The arrogance by which some of these MPIGS drivers and the actual MPIGS drive not realizing that all lives matter not only theirs needs to be stopped.Furthermore they obtained instant justice something which will not happen in the corrupt Kenyan court system.A boda boda may cost a fraction of a V8 but all lives both rich and poor matter further more we all get one chance to live this life we must share the road.

@guest I've been involved in a minor head on incident but biker was in error. No bone broken. Govt never cared to get them trained. One time they had a ward for biker accidents only at some hospital. Why does govt turn a blind eye? Answer is they care about car folks only. Instant injustice they did by burning isn't an answer. Not sustainable. Bodas bring in sh300b income yearly.