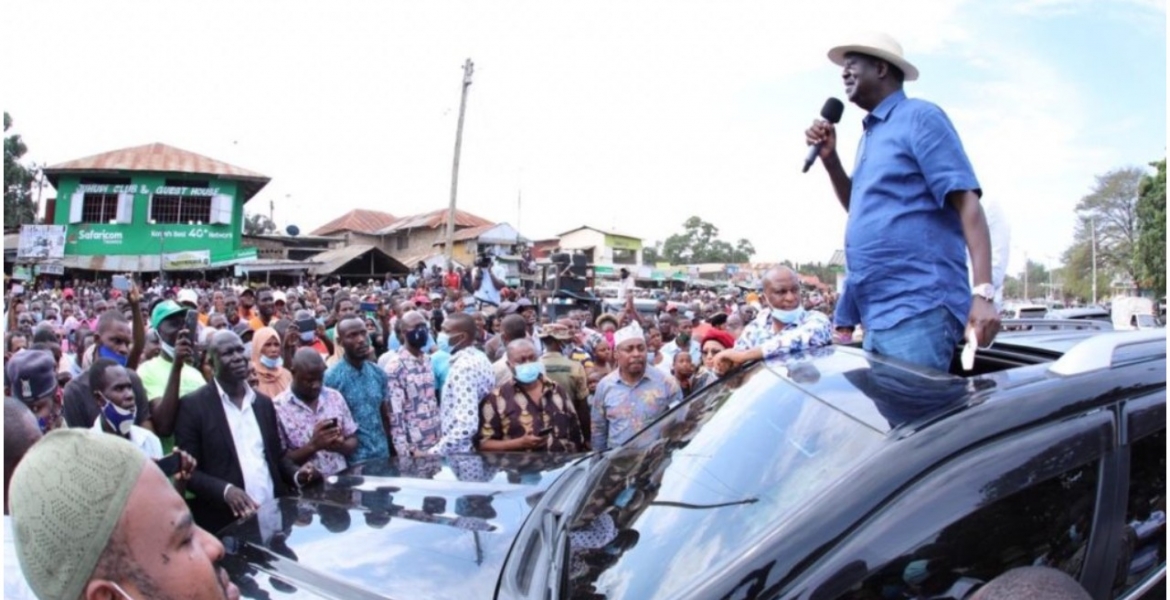 ODM leader Raila Odinga has expressed confidence that the BBI Bill will have been passed by at least 24 county assemblies next week, paving the way for the next stage.

Speaking on Saturday, Odinga said he is certain that the Bill will meet the statutory threshold of 24 county assemblies by Tuesday.

The Bill requires the support of at least 24 counties for it to be presented to the National Assembly and Senate for consideration, and thereafter be subjected to a national referendum if it sails through in the two Houses. So far, 11 county assemblies have passed the Bill while one has shot it down.

Bure kabisa. Does it matter.. changing constitution every year ?

Let God's will be done on this one.
We are living in very interesting times.
It is not business as usual in the whole world.
Let's keep watching as judgement takes place in the world.

REJECT it! Proud of Baringo team!

After bribing and sending the death threats.

These are the thieves of Kenyan stop them at the ballot. Don't take their money either its a scam all over.Bule kabisa hata Ruth bule

These are the thieves of Kenyan stop them at the ballot. Don't take their money either its a scam all over.Bule kabisa hata Ruth bule

Bule tu you change so you continue to eat kenyan money fleecing innocent kenyans from the days of your dad .molasses etc stop go home

There is no guarantee BBI if passed by all counties shall be implemented as written. This is just another scheme to eke out a living the name of politics for some cows