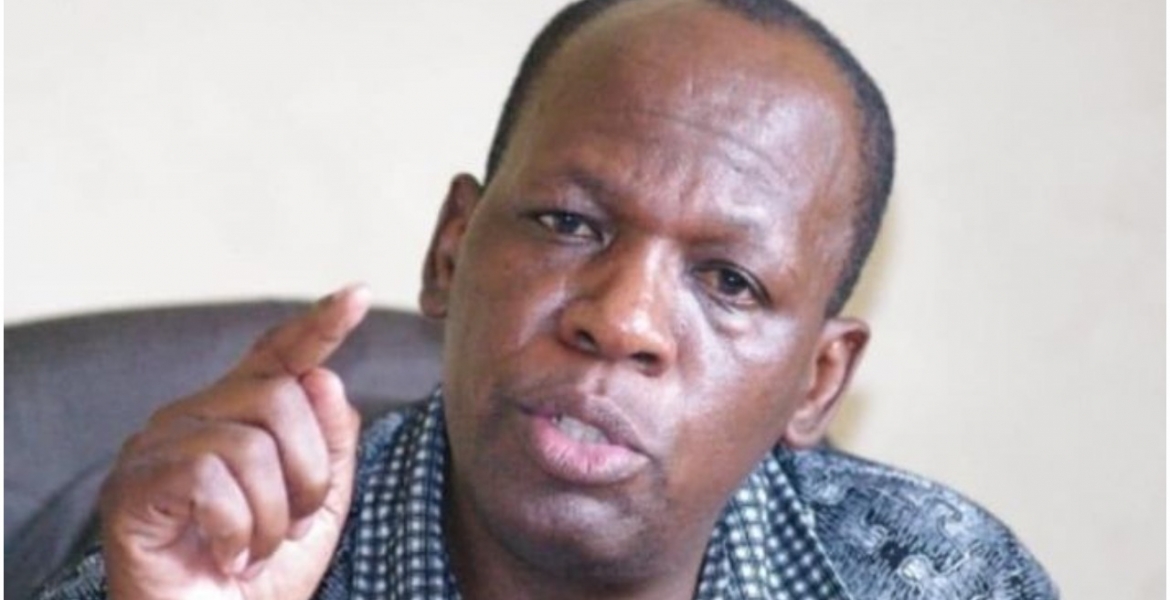 In October 2018, he went public about his battle with stage two brain cancer, saying the disease should be declared a national disaster.

Waititu, who was declared cancer-free after undergoing treatment in India for several weeks, told The Standard that at least 63 MPs were battling the disease at the time.

“The situation is serious. We have for example about 63 MPs and thousands of other Kenyans suffering from cancer. We must get out and talk about it boldly.” he said.

In the course of his treatment in the Asian nation, he met 13 of his colleagues in Parliament, who were equally being treated for cancer

“I met hundreds of cancer patients from Kenya alone. Among them were nine of my fellow MPs and four Senators. The cancer scourge is enormous and we can no longer afford to bury our heads in the sand. We must get out and talk about it,” added Waititu.

He further indicated that he spent Sh8 million on treatment alone in India and a further Sh1.8 million on accommodation.

"It is no longer a secret that many people are suffering in silence from cancer. Nobody wants to talk about it because of the stigma,” he said.

Sad news indeed. I knew the mp when he was an ordinary mwananchi and we served as board members of a school . We faced the system when they wanted a "take over" and went to education offices to fight the impunity years back.
From here he raised his profile and got elected as mp.
A good man- down to earth man and may the good Lord strengthen his family. May God forgive his failings as is the case for all of us on this earth - no one is perfect. Fare thee well my friend. No more pain - no more suffering.

Pole kwa Kaniu ya Munyua.But I wonder how he could not bribe cancer with shs 450000 monthly loot for three years now.He also had received shs 7m.taxpayers cash bribe from Muigai like other MP-gangsters to pass BBI.I remember money saved him in a defilement case some years ago but mala hii amepotea.

RIP..BROTHER.
OUR HEART FELT CONDOLENCES.
LET'S NOT FORGET ABOUT HOW WELL ROOTED CORRUPTION IS IN KENYA.
EVERYONE HAS A PRICE TAG....
KENYA SYSTEM WILL CORRUPT EVEN THE MOST PURE.

The main reason why ofcourse he didn’t quit his mpig seat is ofcourse they get paid health insurance so he can cover his medical bills but this guy was a servant of the people,he represent Wanjiku the kawaida kenya husler mwenyewe.How I hope our african stupid brainwashed leaders can fix our healthcare systems for all n affordable but they think insuring themselves n their families with millions wao hawatakufa.As I always siku yako ikifika it doesn’t matter whether u have millions in the bank or in the best country with good healthcare utakwenda upende usipende.May our gikuyu mwenye nyaga akuweke mahali pema

Selfishness. What about if that kind of cancer will run in the family. The rest of the family will not have insurance since he has gone.

May your soul rest in peace😓. The sparkle of your eyes😔😔 the brightness of your smile, the goodness of your soul will always stay in our hearts💖 because you were one gem of a person we had💪Losing you is no doubt a big loss to all of us😭😭. You will always be missed.one of your student st.francis nyacaba
😭😭REST IN PEACE 😭😭

Rest in hell, MPig. I don't shed tears for a Kenyan politician.