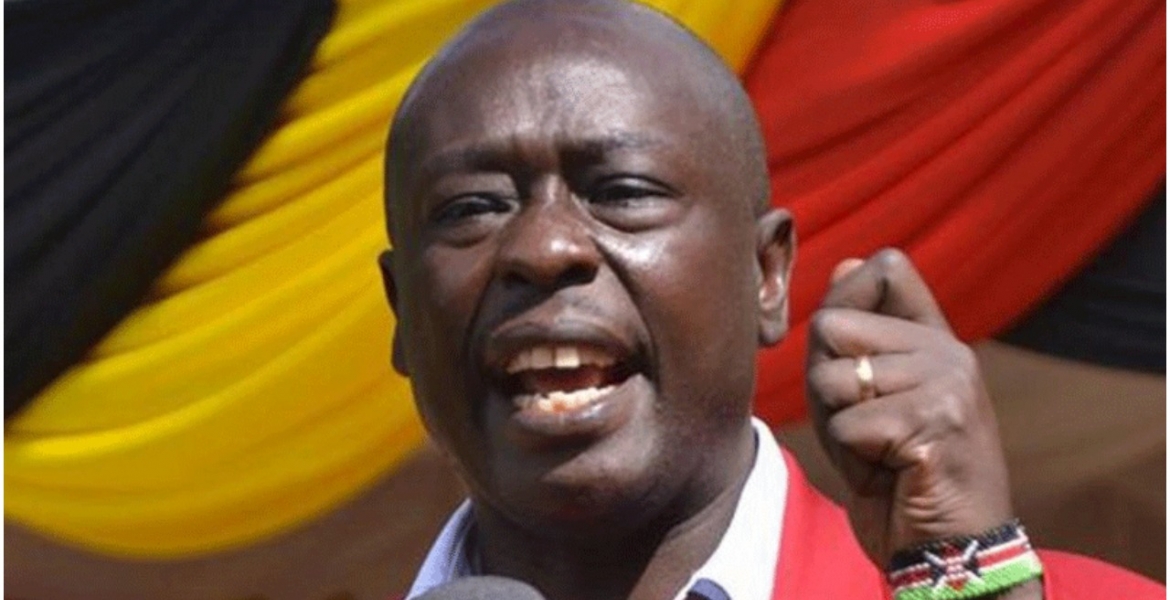 Mathira MP Rigathi Gachagua has been accused of grabbing a parcel of land belonging to a retired civil servant.

John Michael Ohas, the former director of Physical Planning at the Ministry of Lands, claims that Gachagua fraudulently transferred the parcel to his company Wamunyoro Investment Ltd.

The property is located off Mombasa Road near the Jomo Kenyatta International Airport (JKIA) and is estimated to be worth Sh1.5 billion.

Ohas filed an application at the Environment and Land Court seeking orders to revoke the title deed issued to MP Gachagua. The case was mentioned on February 12th before Justice S. Okong’o, who set the hearing date for June 7th.

In court documents, Ohas says that he was allocated the property LR No.209/12077 on February 3rd, 1994 by then-President Daniel Arap Moi. He was allocated the parcel through his company Columbus Two Thousand Ltd after accepting the offer and paying Sh50,000 in cash a Sh814,550 through cheque in 1996.

He later contacted the director of Survey and a licensed surveyor G.O. Wayumba, who produced a deed plan No. 192966.

Ohas says he fell ill in 1996 and was flown to the UK for treatment, prompting him to take early retirement. It is while undergoing treatment abroad that Gachagua acquired a fake allotment letter with the help of Lands ministry officials.

Ohas adds: “When my family members who were in a dire need of funds for my treatment tried to access the suit property in order to sell the same, they were chased by youths stationed to guard the property.”

Documents indicate that Mbugua and Ms. Mulinge transferred the suit property to Karandi Farm Ltd at Sh24 million. Karandi directors; Rigathi Gachagua and Dorcas Gachagua signed the deal and later transferred the land to Wamunyoro Investment Ltd, where the MP and his wife are listed as directors.

Ohas reported the matter to the Land Ministry and the Directorate of Criminal Investigations (DCI).

“Since the investigations by the DCI were completed and a fraud established, they instructed the Department of Land to recommend the cancellation of the fraudulent title and issue a genuine one to Columbus Two Thousand Ltd,” he says in a sworn affidavit.

Ohas says they later planned for meetings at the Land office to rectify the irregularity but Gachagua did not show up on three occasions, forcing him to move to court.

It takes a thief to catch a thief. "Ohas says that he was allocated the property LR No.209/12077 on February 3rd, 1994 by then-President Daniel Arap Moi". The government can heal this by allocating every Kenyan same amount of land.

This is the hustler nation mr lootall is advocating for.Himself being patron of the grabbers embracing all crooks into his fold and crying crocodile tears when exposed.

I remember a court of appeal ruling some 10 or 15 years that the president then expired conmen/wauaji Kamau and Toroitich had no constitutional/legal power to dish out public land.This is a clear case of jambazi Moi grabbing public land for Ohas but another thug,Rigathi,a DO with corrupt connections has some knowledge about the dirty deal and must have hoped Ohas will die in London hospital.Sasa hio kesi itaamuliwa na HONGO tu ambayo ni halali.Ohas and Rigathi have nothing to hide while bribing kina Mwilu and her gang.All are behind MIITU Uhuru and Raila.

HUSTLER'S nation.
Wezi bin wezi..
From JOMO KENYATTA to MOI to KIBAKI to UHURU plus of course their goons.
REVOLUTION Kenyans...REVOLUTION.
Let's take all these murders, CONMEN, dynasties, so called HUSTLER'S out of power.

How come dynasty doesn't get into land trouble??