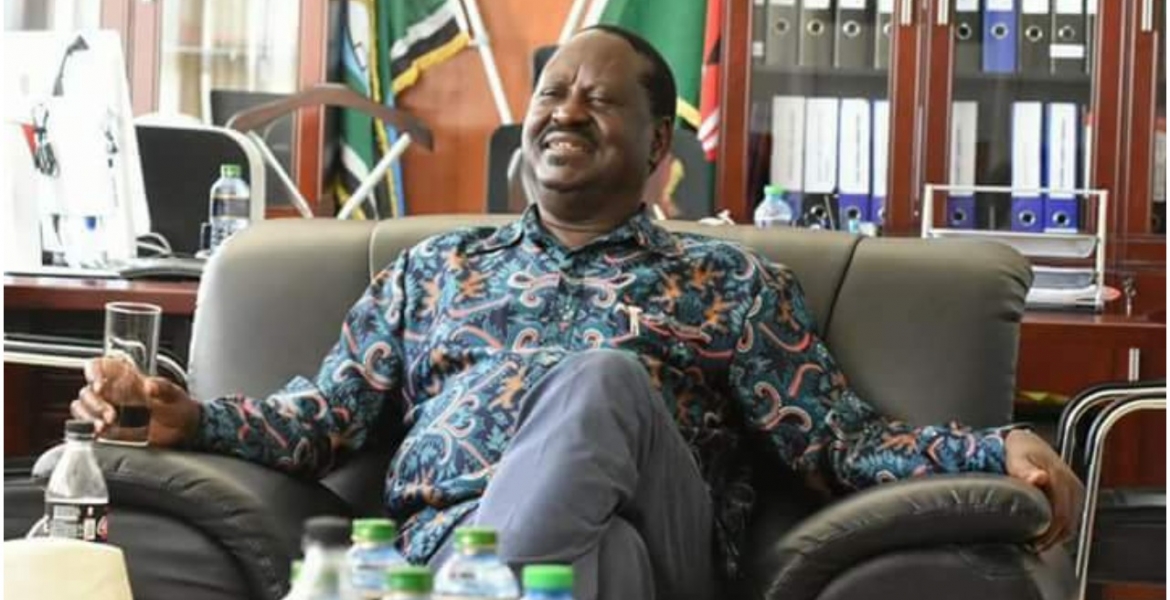 ODM leader Raila Odinga has reacted to the passing of the BBI Constitutional Amendment Bill in more than 24 county assemblies as required by the law.

Odinga commended Members of County Assemblies (MCAs) for overwhelmingly endorsing the BBI Bill and refusing to buy the lies and misinformation peddled against the document by its opponents.

“I thank members of those county assemblies (MCAs) and our governors who refused to give in to mistrust, cynicism, brinkmanship, and fearmongering and passed the Bill resoundingly,” Raila said through Facebook on Tuesday.

“I know for a fact that Kenyans are not slow learners when it comes to recognizing and seizing moments of change.”

He maintained that the document will ensure prosperity and equitable sharing of national resources, adding that it will give Kenyans much-needed reforms to create a united, inclusive, stable, and prosperous nation.

The BBI Bill proposes among others, the increasing of county allocation from the current 15 percent to 35 and the creation of 70 more constituencies across the country. It also introduces the position of the prime minister and two deputy prime minister positions.

As of Tuesday evening, the Bill had received the approval of 38 county assemblies and rejected by one—Baringo.

Although the Bill needs to be tabled in both the National Assembly and the Senate, the referendum is confirmed since the decision of the two Houses—whether endorsing or rejecting the Bill—does not change the county assemblies’ endorsement.

Once the two Houses make their decisions on the Bill, the Speakers will communicate to the President, who will, in turn, send a message to the Independent Electoral and Boundaries Commission (IEBC) to hold a referendum within 90 days.

The work of 2M bribery.

Did you know that the BBI that is supposed to end corruption needed corruption in order to take off. For our corrupt MCAs, Sh2million bribe a piece, for a car and another bribe of Sh500,000 pocket money, was the right price for them to pass BBI. Although our country has been struggling to send 15% money allocation to the counties, BBI has promised to increase it to 35%; more than double the previous money allocation! The question is, where is the money coming from? BBI is raising our payroll to the tune of 70 more MPs, a Prime minister and two deputies, the question is where is the money coming from? promising 35% does not mean counties will ever see the money. Politicians will eat to the full before they ever think of Wanjiku. Go to LINDA KATIBA website and sign in to stop BBI, it is your right. Its your life.

Unnecessary increase in size of govt.Out of control wage bill.out of control waste and corruption. Out of control expenditures. No corresponding increase in revenue. Needless to say increased taxation. Constitutional amendment to distribute 35% of the national budget. This is not the formula for increased prosperity.it is the formula for increased debt
and national deficit. How is this not going to make the country poorer? It just seems to me that the leaders of the country have lost their minds.We need some conservatism in Kenya.This is why I will continue to support Ruto.

What happens if after passing the BBI you do not become president or prime minister or either of two deputy prime ministers not forgetting Vice President.
There is already too many cooks in the kitchen and again at the moment the wage bill is already inflated we are loosing two billion daily to corruption will you print money or exactly where is that extra money going to come from to pay all these MPIGS and MCA’s .Kenya is already choking in debt no more Chinese money please they are becoming too comfortable in Kenya and poaching our wildlife

The thing about this bbi is the old leftist lie that everyone is going to get a bigger slice of the national pie.What they neglect to say is that, with out of control expenditures, the size of the national pie will reduce. Therefore the country will be poorer.The rich will be poorer due to increased taxation. And the poor will be even poorer.
Kenyans should reject this BBI.

The biggest problem is that they are creating big jobs for themselves but they might not be alive by next election. They need to read the parable of the rich fool.

Sad that lord of poverty and most leaders dont care to think thru this. They flying high thinking economic distress won't affect them yet most of their relatives and voters will suffer the most. Next govt must undo this

Kiambu mafia and Bondo mafia created imperial presidency only for Moi to use it squarely. Raila and Uhuru is creating another dictatorship that Ruto will use jovially.