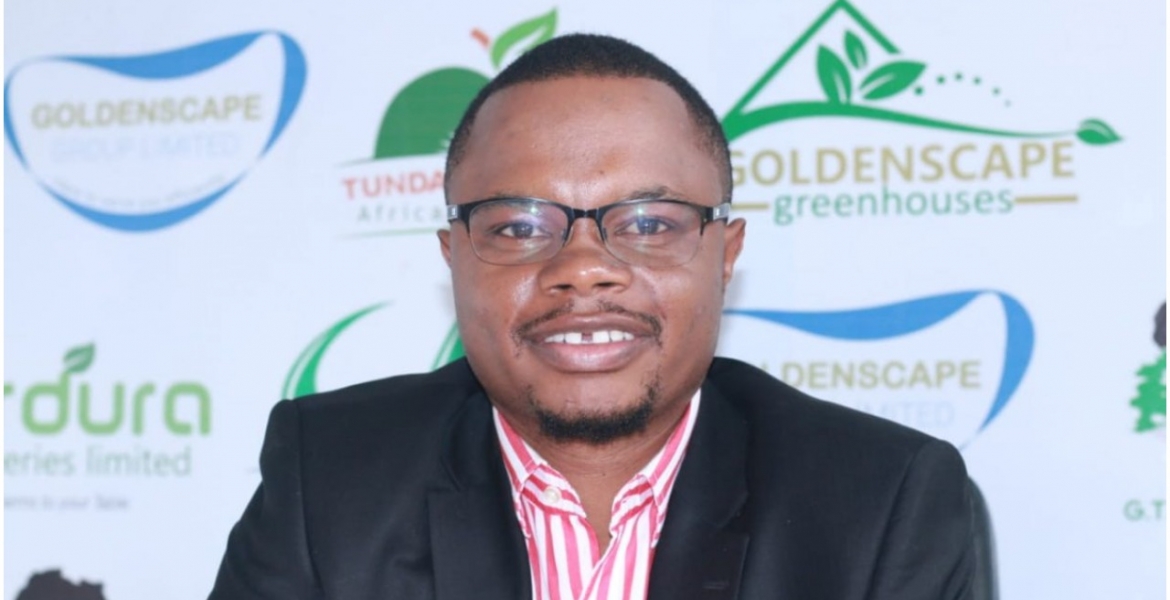 At least 3,000 Kenyans who invested in Goldenscape Group Limited have called for the arrest of the company’s directors after losing a combined Sh18.6 billion.

Led by their chairman John Opanda, the disgruntled investors have also threatened to sue the company and its directors Peter Wangai and Irene Mwangi if they fail to refund their money within 30 days.

“We demand that the company takes swift and stern action within 30 days, failure to which we are giving our lawyers instructions to commence private prosecution proceedings,” said Opanda.

In March last year, one of the directors (Wangai) was arrested by detectives from the Serious Crimes Unit of the Directorate of Criminal Investigations (DCI) over fraud accusations.

He was accused of luring Kenyans to invest in greenhouses that were to be set up in Ol Kalou, Nyahururu, and other locations in the country, with a promise of earning huge profits.

In March 2020, DCI detectives raided Goldenscape’s offices in Karen, Nairobi, where five employees were arrested for questioning over the matter. The officers also seized several documents and 10 desktop computers believed to contain information relevant to the investigation.

Wangai had gone into hiding after learning that police were seeking to arrest him following numerous complaints filed against him. He shut down his offices in Nairobi CBD and Lower Kabete before disappearing.

Over 100 people accusing Wangai of defrauding them recorded statements with the DCI’s financial crimes investigation unit.

The first round of investment was successful, which attracted more investors, with some investing up to Sh60 million.

“The investment ranges, starting from as low as Sh50,000. There was a plan for the small person who is struggling to start with the amount. The highest invested was Sh60 million,” a victim said.

The DCI said the get-rich-quick agribusiness investment deal turned out to be a fraudulent scheme, where many investors lost their hard-earned cash.

It has been two years since the victims invested, yet they have not received any returns to date.

When will we ever learn? If it sounds to good to be true, it is! It seems like we have a lot of Kenyans who aspire to be the next Charles Ponzi or Bernie Madoff. Unfortunately unlike those two, their spiritual descendants seem to always get away with it.

For how long can Kenyans get conned and still not learn from it? These scams keep happening one after the other and we still have ‘victims’. Kama una pesa that you risk to ‘invest’ carelessly with crazy schemes, do us a favor and donate it for free to other deserving cases directly. Don’t be ponzi greedy then cry a victim!!!!

Pyramid scheme! A ticket to a smooth robbery!

Keeps happening again bc no one gets punished. Ponzi schemes are legal so they keep coming and conning back.

This is why I'm skeptical of buying a house in Kenya🇰🇪

Well,
They have learned from the best.
The dynasties, HUSTLER'S and drug dealers.
It is time we acted.
REVOLUTION.

DCI arrest and lock the bigh fish like the CEO not workers in the offices, come on now. They need to repay pple their hard earned salary

Congratulations Wangai and waMwangi for “SAFEKEEPING” money for the 3000 fools.It sounds like the so-called investors had also stolen the invested money.Or what can you say about a person depositing shs 60m.in a pyramid scheme hoping to receive shs 100m. In a year?

How can Kenya who has placed everything including self for years to conm(wo)en/thugs & murderers judge others for their grave mistakes?Senceless Kenyans should just shut up as they still want to elect kina Uhuru,Mumbi,Mois,Raila,Ruto,Mudavadi,Wetangula,Ngilu etc despite “EATING” their money for yearsYAANI NYANI HAJIONI KUDULE HULIONA LA MWENZIE.

Sorry to ask but how come our names are always appearing on so many scandals... kikuyus,l know you won't believe me l do not trust my fellow people BUT we have some genuine one but before anyone sell you an idea. Think and Think and pray to God for wisdom BUT make sure you are within the will of God because He will direct you to the right things and right people. Invest in those old company that are still in business pay the price but you are sure of the returns. Not some people who come together and sell you ideas to make themself rich. We have some that are genuine but do your homework people. That my 2 cent advise to them that hear.

@liz it is in the blood and generational bloodlines. Love of money

Kenyans in diaspora will never learn. Warned them about Gakuyo as he transversed across the states talking humbly, softly, religiously you would think he was a catholic priest giving hope to the poor. Gakuyo paid millions of dollars in airtime from Jambo News Network to prey on Kenyans. Years later, they were crying foul. Next in line is Optiven, Username, and other mushrooming predators who read mischief every time the Kenya Central bank announces billions send to Kenya by watu wa ma double. Watch this page.