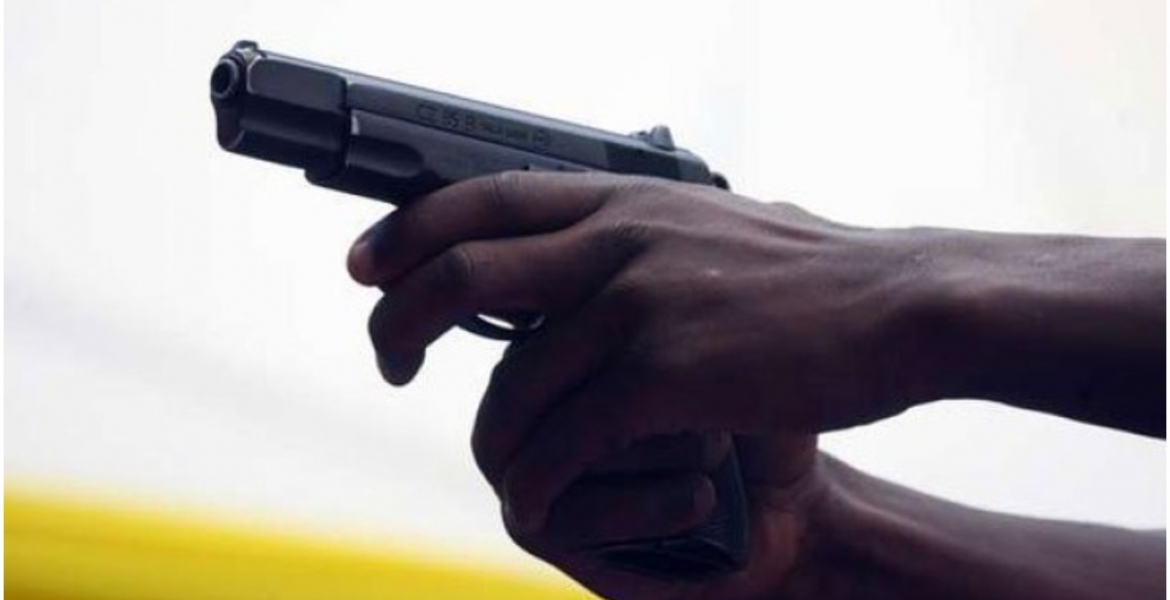 Police in Kisumu are investigating an incident where a man snatched a gun from a traffic cop and shot dead two people on Friday morning.

Five other people, including a police officer named Joel Migiro, sustained gunshot wounds during the 8:30 am shooting incident that occurred at Kisumu Bus Park.

A police report indicates that the traffic officer was shot on his pelvic, with the bullet exiting through the stomach. He was rushed to Aga Khan Hospital in Kisumu and is in serious but stable condition.

The officer was controlling traffic at the Bus Park roundabout when the man accosted, overpowered, and disarmed him before he began shooting indiscriminately.

The shooter later entered Yasmin Hotel, where an officer attached to the bus park followed him up and subdued him with the help of members of the public.

A Ceska pistol with no rounds of ammunition was recovered from him. The man was shortly after subjected to mob injustice and died on the spot.

Three national IDs bearing different names were found upon a search of his body. One of the IDs with the name Glen Ochieng is believed to be his.

Martin Wasonga Wachanje and Jared Ouma Jabuya, who were among those shot, died on arrival at Jaramogi Oginga Odinga Teaching and Referral Hospital.

Hezbon Okoth (23), Elly Ochieng (22), Lilian Awino (35), and a fourth victim identified only as Kushkin sustained gunshot wounds. The four are currently receiving treatment and are said to be in stable condition.

This must be an American who was in Kisumu....

Police would have Killed him There and There if he was American.

Very unfortunate incident.Is mob justice a legal defense?
Will the law go after the mob?
Of more concern to me is how the shooter got the gun.Was it easily accessible? I guess investigation is underway.Yes, I understand that the police man was over powered,but we need to know if the shooter saw the gun
"out of position" and figured that he could get it.
Anyway this deadly incident underscores the reason why too many guns should not be in the hands of wananchi.Otherwise we would become trigger happy like the Americans.With the increase in mental disorders,and lawlessness ,Kenya could be on the list of countries not to visit for along time,if the masses were allowed easy access to weapons;legally that is.
My heart goes to the families of the innocent killed.RIP.